An Interview With Daniel Jude Miller:

Q: What was the basement to penthouse elevator pitch on Monsters in Manhattan?

A: Monsters in Manhattan is about a kid from Queens, New York who’s super-psyched about his upcoming Christmas break. Unfortunately, he finds out that his rude, obnoxious, disgusting cousin Mary Lou from Kalamazoo is coming to visit for the holidays. Mike’s bummed because he’s been picked to show her around town and she is definitely going to ruin his vacation. He has to get rid of her. And fast! Maybe if their sight-seeing trip to Manhattan includes the dragon that lives in the Times Square sewer or the blob that looks for bones at The Museum of Natural History, then maybe he can scare her away. If Mike’s Mom won’t tell Mary Lou to leave, then he’ll have to rely on the trolls on the subway, the mad scientist in Central Park and ghosts. Plenty of ghosts!

Q: Kid’s “horror” can be a tough genre. How did you make it work? Which elements were the most important for you to include? Which did you decide to leave out and why?
A: I think a lot of people would think that Manhattan is a scary place on its own (especially kids). It’s big and crowded and crazy loud. I may or may not have seen “actual” trolls on the subway but I’ve definitively seen some things if you know what I mean. So, for me, it was mostly about letting THE CITY keep it’s edge while still trying to make it approachable, educational and fun for kids. Manhattan is an incredible place, truly the capital of the world, and it’s so easy to leave something out because it has an enormous amount to offer. From Broadway to Wall Street and the Brooklyn Bridge to the Empire State Building, there’s a lot goin’ on. So, there’ll be more monster books coming for sure!
Q: What’s your favorite kid’s book (besides your own?) Are there any in particular you used for inspiration? Are you a horror reader yourself? Favorites? Which book scares you the most (for me, it’s NOS4A2 by Joe Hill. I can’t cross covered bridges or enjoy pinwheels EVER again).
A: Easy. The Happy Prince by Oscar Wilde or anything Chris Van Allsburg. I’m actually not really into scary things and I’m usually pretty sentimental and sensitive. I love truly deep, believable emotional stories for kids. Not much fluff. And besides, I’ve been pretty desensitized to most horror things since my 8 year old son keeps our house in a perpetual state of Halloween. Yup, walk down the hall in my home in February and you’ll pass a full graveyard set-up complete with ani-matronic pumpkin guardian. I could be out mowing the lawn on a summer day only to find Ghostface from Scream sneaking up behind me. All year, all scary.
Q: What are you working on now?
A: A whole lot. Next month I’ll introduce everyone to Sunny, a little girl who absolutely loves everything the daytime has to offer and yells EVERYBODY WAKE UP to unsuspecting sleepers. It sounds sorta mean but it’s absolutely hilarious. In the fall, Halloween Boy and the Christmas Kid. About , well, a Halloween boy and a Christmas kid who share a birthday and a friendship but have very, very different lifestyles. Then in early 2017 comes the zombies, vampires, and mummies of Monsters in Manhattan 2. They don’t call it The Big Apple for nothin’. There’s tons of landmarks in New York City and tons of monsters.
Q: What color is your saber?

A: Blue, green and maybe even a few red to be safe! I’m going the full Grievous route and I’m bringin’ a bunch. Why sport one blade when you can start swinging a quartet like a maniac? I mean seriously, the Jedi, the book business, life isn’t gonna come soft. So, I plan on arming every available hand for when they show up. I’ll be prepared.

Disclosure: free book for me and the kids! Honest review in exchange! Etc!

As I often do with reviews, I’m going to get the “not my favorite bit” out of the way first. Monsters in Manhattan starts with a common children’s lit premise with which I continue to have a difficult time: the mean-girl relative. I’m not sure why it’s such a popular trope (well, that and dead mothers) but I’d love to see it go the way of the dodo. Sure, family is tough, but why not have two kids from different backgrounds discover a common interest in the paranormal? Or bond over a secret adventure? Or even agree to disagree? Less a commentary on this book in particular and kid lit in general.

That aside, Monsters in Manhattan is really quite adorable and my kids loved it.

A lot of people I talk to prefer the quiet of the suburbs or even “the country.” If they’ve left the city, they don’t plan on coming back. If they’re still here, they can’t wait to leave. I, however, am a city girl. I can’t sleep if I can’t hear sirens and people and cars. I could do without the occasional distant gunshots but being able to walk to the massive, old library the comic shop, and our Natural History/Art museum. I can find almost any kind of food I want (except Tibetan, darn it. I miss momos) and a good deal of it comes to my do among other places make the risk, traffic, and occasional rude tourist more than worth it. My son attends a public school with kids of all ethnicities, backgrounds, and countries of origin – there are three families at our bus stop and each one speaks a different primary language. The kids can go to Hebrew school and also learn Chinese. And bagpiping.

My kids are city children. They have come to full consciousness in Pittsburgh and love everything it has to offer. They’ve even gone with us to the symphony (granted, it was Star Wars night but still). Living in a city has made them curious about other people and their traditions, other places, architecture, cars, food, and about other cities, both at home and abroad. One of the places with which they’ve become enraptured, due in part to Rick Riordan’s Percy Jackson and the Olympians, is New York.

But how to explain the vast, living entity that is New York to kids?

Give them a kid’s eye view with a twist.

Daniel Jude Miller does exactly that: in putting a kid in charge of Mary Lou’s tour of New York, he reminds adults things that seem mundane to us (the labyrinthine subway, the endless elevators, street food, skyscrapers), things we take for granted, are actually pretty magical from a certain point of non-commuter, not-late-for-a-meeting view. By giving each of these places a specific haunt and making those place spirits particular to children by adding humor, goofiness, and the requisite gross out aspects (come on, I know it’s not just my kids who think burping and farting are hilarious) he gives them a very special sort of life. The titular monsters aren’t so much frightening as they are mischievous tricksters, revealing themselves fully only to those who know the secrets of New York; in using a child as the narrator, Miller includes the young reader (and/or audience members) in this secret knowledge, bringing her into the hilarious conspiracy, welcoming them to the special club of people who get New York.

Kids may also recognize some of the landmarks: Rockefeller Center, the Empire State Building, Central Park, and my children’s favorite, the American Museum of Natural History (Percy Jackson again; they’ve even done the special Percy tour) from other books or television/movies and their use bridges a potentially extant connection to draw the reader even further into the story.

The art is 100% lovely in the creepy cute vein. My personal favorites are the Brooklyn Bridge hitchhiking nymphs – which in case you’re wondering is totally the name of my next riot grrrrrl band – and the kids liked the Central Park mad scientist, the Times Square dragon, and the two-headed hot-dog cart gremlin. As I mentioned earlier, there’s some humorous gross but nothing truly scary. The physical neon-green tint to the paranormal stuff may be a little eerie for younger kids, though my three-year-old spent the entire reading giggling (fair warning, the only things we’ve discovered she’s truly afraid of at this point are Darth Maul and thunderstorms). Then again, we love mythology, Star Wars, fantasy novels about evil alchemists, and when an older kid was trying to scare my six-year-old on the bus with ghosts stories he immediately began trying to figure out the biology and physics requirements for a ghost to actually be able to hold the pen said older kid claimed said ghost had used to write a letter, so we may not be the best barometer of “scary.”

All told, Monsters in Manhattan is a great introduction to New York as a whole and to the inexplicable sense of genus loci New York, and all cities, have. That thing which makes them special, which make them what they are, what nowhere else can be. It’s a very cool way of explaining said concept to kids who may not yet have the vocabulary or frame of reference but who know instinctively, as kids know so many things, that certain places are special and as worthy of getting to know as some people.

Monsters in Manhattan can be purchased at djudemiller.com 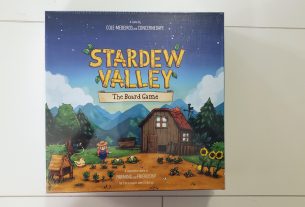 Get Even More Hands-On With the iPad With Osmo! (Giveaway!) 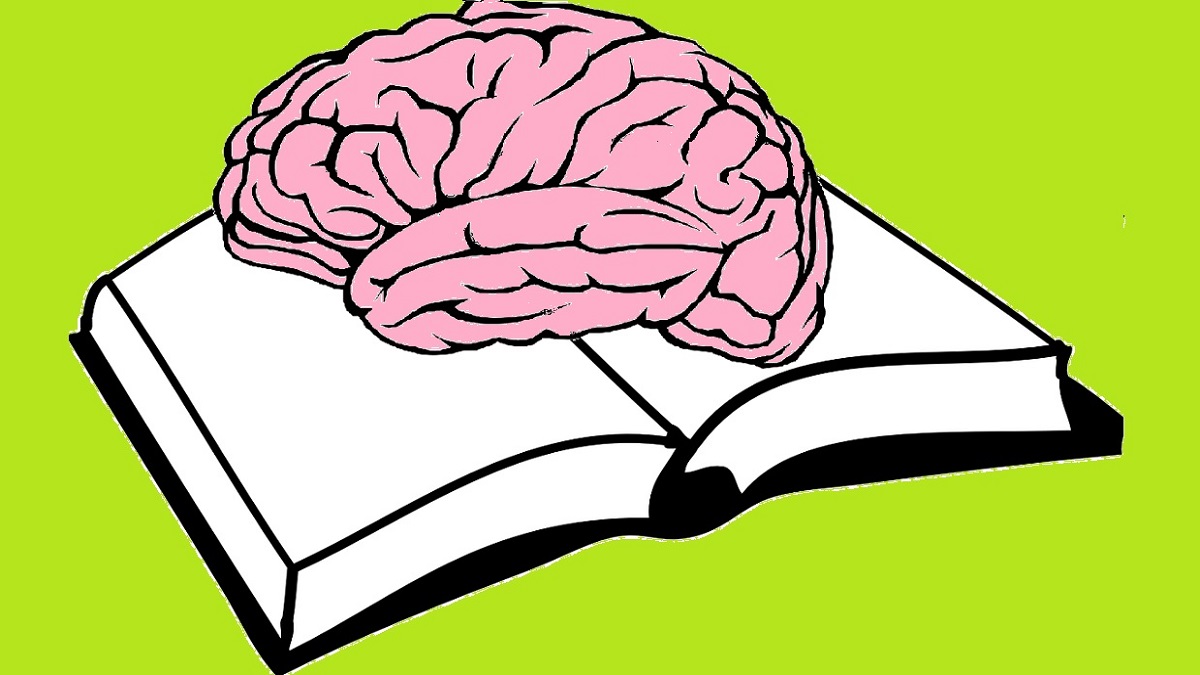