No disclaimer on this one, kids. Bought it with my own money from our local.

Wonder Woman, in shock to no one, was shafted by the New 52. Granted, she had a decent run as the new Ares and there were some neat additions to her overall mythos but, in the end, she was Superman’s girlfriend for a while and then, another new creative team took over and they gave her the Batgirl makeover. Which, while it works to some extent for Babs was yet another swing and miss for Diana. Because she is not a hipster chick. She is an Amazon. And while I find absolutely nothing wrong with her adapting to the modern world, taking away her gravitas is all sorts of wrong. Batman: Brave and the Bold aside, and if you haven’t seen that show you’re just going to have to believe me when I say that, between the puns and moments of levity there is some dark stuff, no one would ever turn Batman into some hipster douchebag. I mean, despite the issues I had with Batman v. Superman: Dawn of Why Did We Bother, even I had to admit that they did a decent job from a Dark Knight perspective.

So explain to me why Wonder Woman is so much less deserving?

Diana does manage to find some redemption in Grant Morrison’s Wonder Woman: Earth One, Volume One. Which isn’t to say the graphic novel isn’t without issues. Is her portrayal “better” in this new book? I… think so? I’m still working through some of my thoughts. It’s definitely different. And, thankfully, if nothing else, this Morrison’s Earth One version is chock full of girl power.

Whatever you think of Morrison, and pretty much everyone who reads comics regularly has thoughts, the man is a legend and, in many ways, an appropriate writer for a “What if” story about a uber-legendary character. There’s an interesting message about balance to be found in these pages: the Amazons withdraw from the world after a war with the Greeks, refusing to ever bow to men again but, in so doing, create a society that is, while free in terms of sexuality and women rights, restrictive in many others. Quite frankly, the thought of Hippolyta stealing Hercules’ sperm and impregnating herself to create a weapon (Diana) is… disturbing. At best. It’s also a rape analogue and while Hipployta doesn’t force herself on Hercules the way he attempts to do to her, she very clearly makes use of his body without his permission. She becomes a dictator, claiming to free her fellow women while, at the same time, depriving them of the freedom to choose who to love, where to go, and who to be. She is the only one with a connection to the outside world, the only one in possession of the entire picture, and while one can certainly understand her decision, in choosing for everyone, she ends up being just as fallible and overbearing as the men she sought to escape.

Is this a bad thing? No, I don’t think it is. Wonder Woman is often one those heroes held up as a paragon of virtue, the embodiment of ideals rather than a living woman, as are her fellow Amazon’s. Morrison smudges some dirt on all of them, takes away the glossy morality and replaces it with something a little more flexible and a lot more questionable. Which is oddly progressive.

There is also a whole lot of girl power, which is fabulous. Among the Amazons, between the Amazons and the female survivors of Sparta, and, believe it or not, between Diana and the sisters of Beta Lambda, the last being initiated by Elizabeth Candy. Who was once Etta Candy, member of the U.S. Air Force and Wonder Woman’s best friend, beginning in 1942. In the sake of full disclosure, I had no idea this character even existed, which goes to show you how far removed Wonder Woman has become from her origins.

And it’s core, Wonder Woman: Earth One is a mother daughter story. A “real one.” One where the parent has plans for the child the child can’t, or doesn’t wish, to live fulfill. In which the parents is doing everything she can to protect her child from the ugly realities of the world but, in doing so, leaves her unprepared for her inevitable contact with it. A world in which the parent must eventually step aside and trust her child to make the right decisions. While the framework is myth and legend, it’s the same struggles all of us who have children, or will, face on a daily basis in smaller, but no less vital, measure.

Yanick Paquette’s art is incredible. This, this right here? This is Wonder Woman.

She is tall, she has broad shoulders and muscles. She’s fit but not tiny. She mostly wears pants except as part of a makeover gag. Flat boots. I take issue with the hair being down but then, I generally do because my hair gets in my face and drives me crazy… Hair aside, however, if I were drawing Diana, this is exactly how I would do it. With, possibly, a skin tone that matched her geographic origins but I suppose one can’t have everything (for those who are curious, Nubia does play a pretty big role in the story and huzzah for that). Some of her poses are a little… suggestive? Which considering the source material is potentially problematic but, at the same time, also plays into the innocence Diana has of the “real” world. She’s never had to worry about such things as body language or submission before, unless it was of her own volition so, it is also an obverse of itself in that it demonstrates a certain liberation of character. Can it be both? I don’t see why not.

The colors and lines are sharp but still organic, which is a difficult thing to do in an age of digital painting. The panels are wonderfully kinetic, which has always been a challenge for any artist who creates still panels in two dimensions. They’re precise and detailed without spelling everything out for the viewer, allowing individual preferences to fill in the gaps. Classic and modern together, much like the architecture of this Themiscryea flows seamlessly into the modern tech the Amazons have developed without an overused, dried out, steampunk vibe.

Did I like the book? I liked large swaths of it. Will I buy the other volumes as they come out? Probably. Would I recommend it? That’s a little bit more difficult since there are a couple of significant issues that not all readers may be prepared, or wish, to deal with.

First: this is not a book for kids. If you’re looking for something Wonder Woman for your daughters, or your sons, this isn’t it. There is violence, panels suggestive of rape, more violence, bondage, serious injury, murder, and some other stuff. Then again, if you’re looking for comics for your kids, Grant Morrison probably isn’t the best author to focus on.

Second: the first third of the book is very much a revel in “girls-only-orgy-land.” Which is not a bad thing by any means but it is a little awkward knowing that all of the artists involved are men and there’s no way they execute without it being, at least in some part, for their own gaze and edification making it more of a male fantasy than a female one. It’s even more problematic in a book discussing Diana’s liberation, however, because she spends a good deal of her page time in chains or restrained by the Lasso of Truth. Which is definitely a nod to her past but since we’re dealing with a more modern story and artistic sensibility very quickly became uncomfortable for me. Which… is maybe part of the point? In using passive voyeurism as a great equalizer, Morrison and Paquette are making a point of the male v female debate: we are none of us without fault. It’s also possibly there is such a thing as too meta and this might be it.

Wonder Woman: Earth One is a deceptively challenging book so if you’re in this comic thing for the funny pages or the action heavy punch outs, this probably isn’t the graphic novel for you (thought there is some fantastic punching. Also, battle kangaroos). It would be easy to fall into ogling or rage modes and, in doing so, miss the point entirely. If you’re willing to parse a bit, take pauses and think, willingly put yourself in a potentially uncomfortable place for the sake of story, art, and a fascinating journey, pick it up.

Timelooper: The App That Turns Your Phone Into a Time Machine 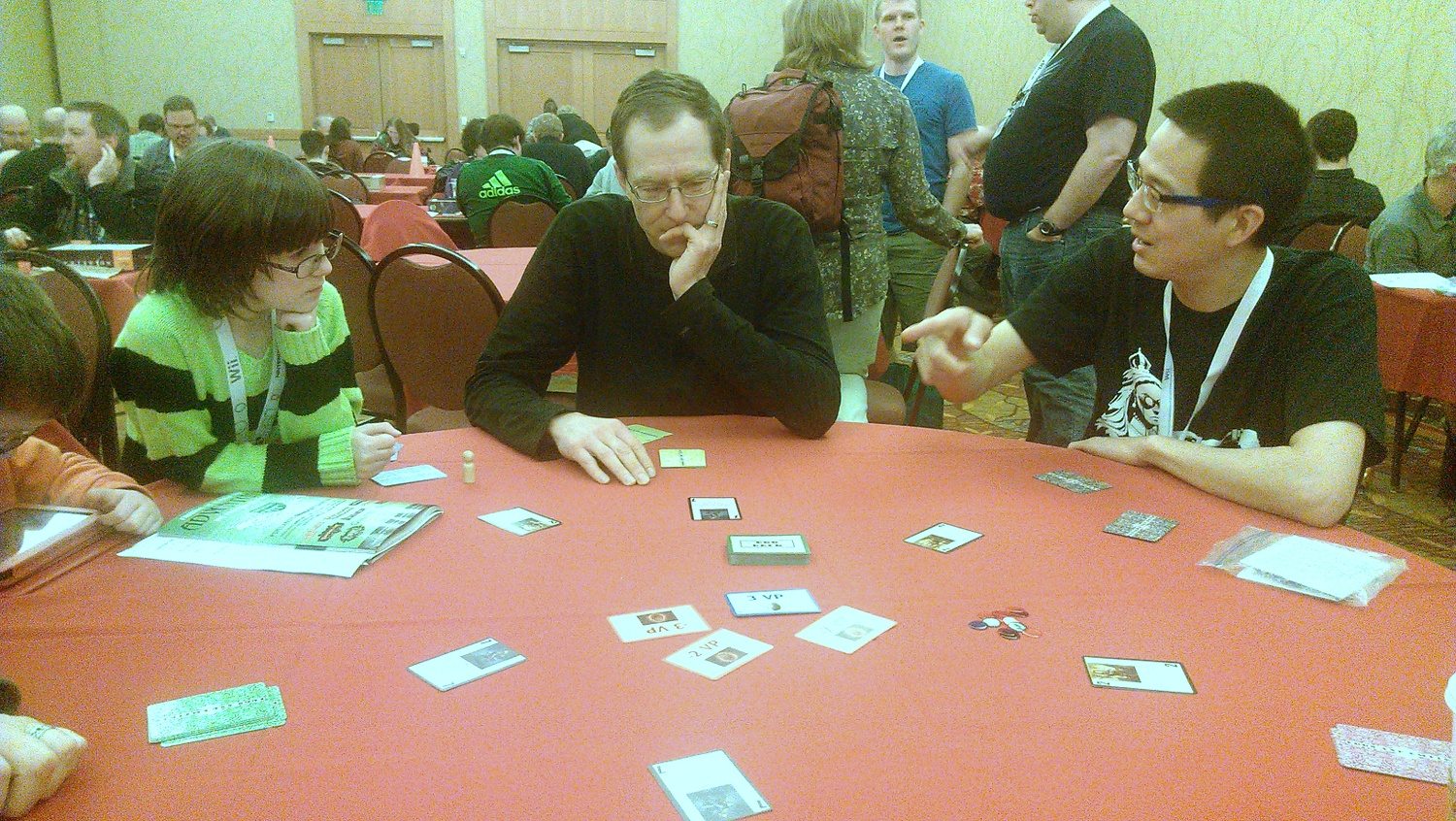 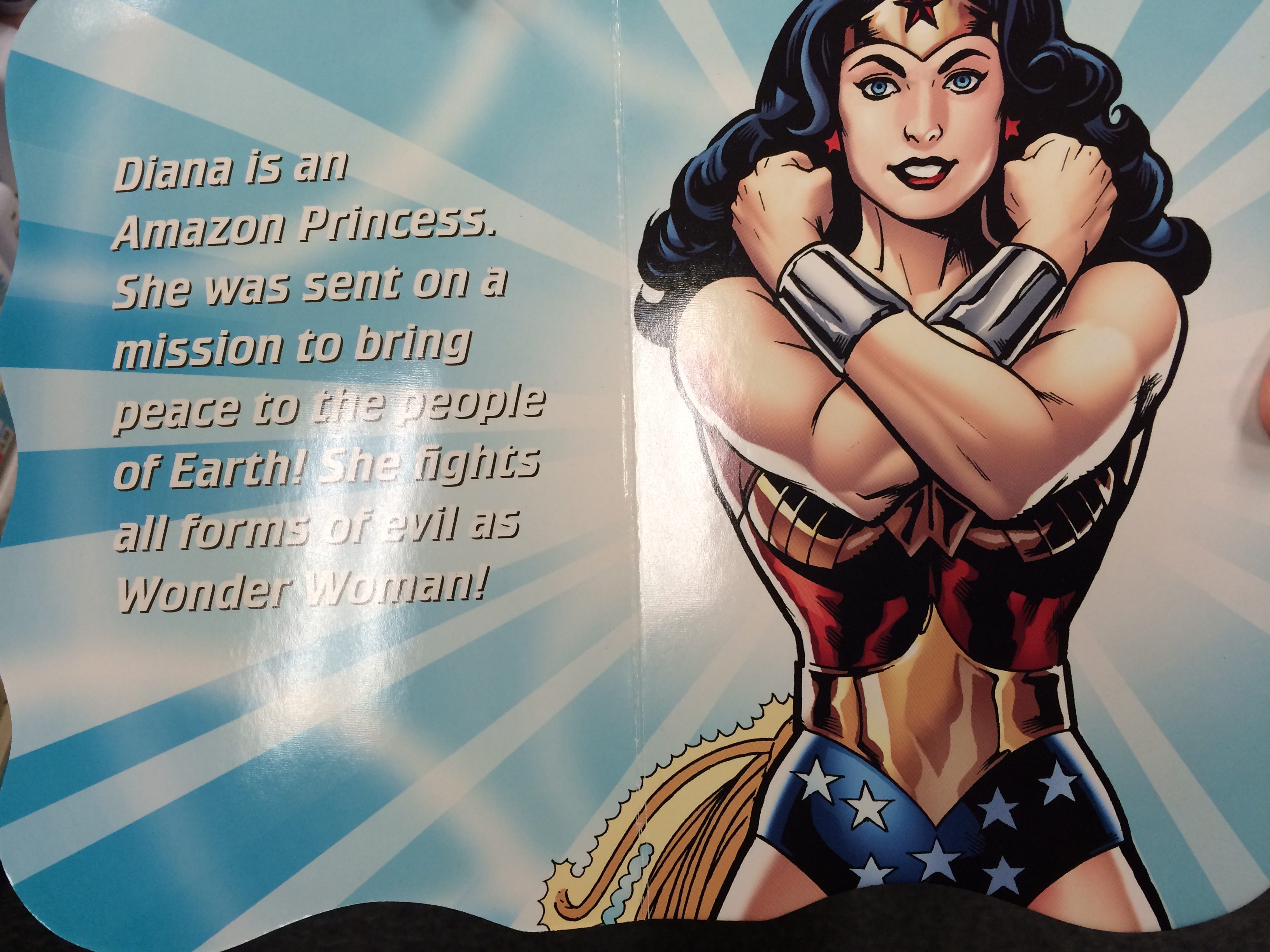 The Cliffs of Insanity: Kindness Shouldn’t Make You a Doormat

1 thought on “Review: ‘Wonder Woman: Earth One, Volume One’”