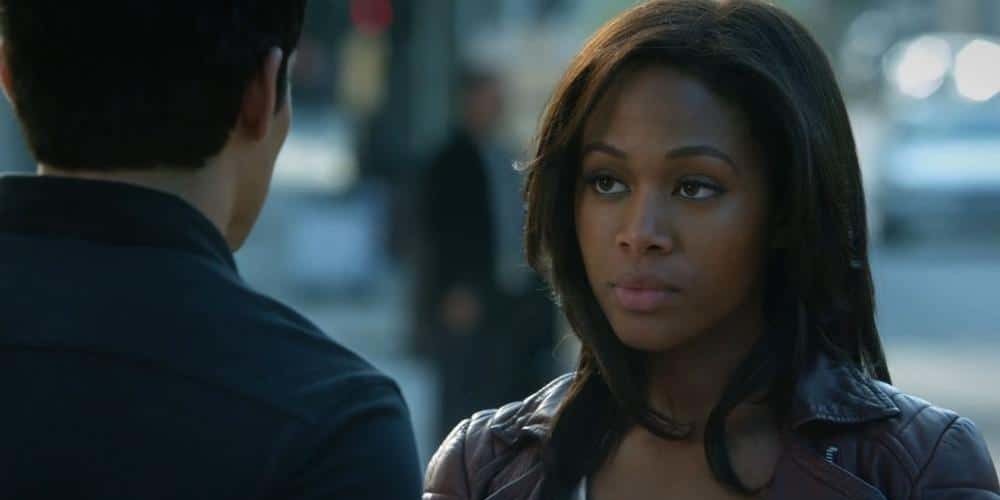 There’s a troubling intersection happening on genre television shows, where the propensity to kill characters is intersecting with the trend to add more non-white, non-straight characters.

Step 2: Help cultivate the fandom for these characters.

Steps #1 and #2 are good things. Step #3 is part of this seeming “need” to kill a character on a show to keep up interest in the show and the diverse characters are caught in the middle because there’s a systematic tendency to see them as disposable.

Why so many deaths in the first place? Deaths are shocking, they get viewers talking about a show, and, hey, all publicity is good publicity, right? Deaths are a way to keep viewers invested and, thus, keep up ratings. Except when they don’t.

Arrow showed us a grave early this year. The writers “knew” that they had to kill someone and tease that killing of someone to invest viewers in the show. Who they picked to kill is another problem but, right now, I want to focus on why they thought they had to kill anyone at all. Because they obviously didn’t.

Because if killing someone was absolutely needed for the story, it should be the result of the character’s own choices and part of their story. That’s basic storytelling. People don’t have good endings all the time, despite their best efforts, but in good storytelling, a character’s choices lead to a fatal confrontation that ends in death.

Laurel Lance had no character arc this season. She was, as designed by the writers, cannon fodder. Her death wasn’t part of her story, it was payback for something her father did, and her dying words referenced how Oliver and Felicity should be together. No references to her father or her sister or her mother. Because, on one’s deathbed, one talks about how they want an ex-boyfriend happy. There was nothing about this death that was about Laurel in the least. What an annoying waste of a character.

The reasoning of the show’s creators, which points to everything wrong with the story, insisted that the story must end in a death and, really, it didn’t matter who, just so long as it had “pop.” From an interview at Variety with executive producer Mark Guggenheim: “We started off this year with the promise of a death, and when we worked our way through our various different creative choices, we realized that the thing that will give us the most pop, going into the end of the season and into next season, unfortunately would be Laurel.”

This sounded oddly familiar to me, so I looked it up. It’s almost the same thing Chicago Fire writers said about having to kill Shay, the show’s only lesbian character. From EW.Com:
“What about killing one of the characters?” Not too far-fetched, because it’s one of the most dangerous jobs in America, working as a firefighter. That started to gain traction because you invariably get a lot of material from the emotional ramifications. We started to map out what it would look like, who it would involve, and at a certain point we all looked around and said this is the way to go.”

If you have a white male protagonist(s) and you decide to surround him with women, LGBTQ characters and people of color, well, then only women and people of color will die. Tommy would be the only exception in Arrow‘s case, while Laurel, Sara, Moira, Shado, Thea, and that detective who was nice to Ollie in season 1 were all injured/killed for Ollie’s man pain. In the case of Chicago Fire, all the white dudes are safe. (I’m so over, Casey, guys.)

So, hey, maybe we should make a person of color or a woman the lead and perhaps that will solve the issue? Um, no.

Abbie Mills, ostensibly the lead of Sleepy Hollow, did have a character arc in that she grew into her role as a supernatural witness, patched things up with her estranged sister, and finally confronted the truth of her mother’s life and death. All this is good. Abbie has also been shown as perfectly willing to give her life for her cause of saving the world from whatever ridiculous supernatural force was trying to destroy it.

But when it came to the moment of her death, giving her life to put Pandora’s box back together and thus destroy a god wanting to wreck the world, it was anti-climatic. This threat was no worse than any others faced. I take it back. It was worse because the writers decided she should die, not because the character arc required it. Reading interviews with the showruners after the finale, they said things like “Abbie has done what she set out to do,” “It’ll propel Crane to the next step.” Well, no, because the “witnesses have eternal souls” reasoning pulled out in the last episode was plucked from mid-air. Nothing in the show’s mythology hinted at it. Instead, it’s been talked about how the witnesses have to face things together.

What led to this? Nicole Beharie, who was so wonderful as Abbie that Mordechai Luchins and I wanted her to be Captain Marvel, was consistently treated as Crane’s sidekick since season 2. His problems propelled the story, rather than hers, leading to a mess of season 2 when the showrunners seemed not to realize why people even liked their show.

Beharie apparently wanted out of the show. I can’t blame her, especially given reports she wasn’t even asked to do commentary on the season 1 DVD release. I hope she goes onto bigger and better things. As for Sleepy Hollow, having a show without Abbie is like having X-Files just Mulder or Scully. Doesn’t work. The show’s renewal is up in the air. The shows viewers have already canceled it in their heads.

The 100 is perhaps the most egregious example of using a shocking death to get rid of a character. At least, Abbie went out saving the world. Lexa was taken out by a stray bullet just after having consummated her long-simmering love affair with Clarke. Death is a constant companion on The 100. Knowing this, fans of Clexa (as the ‘ship is known) were reluctant to invest in the characters, especially since the actress playing Lexa had jumped over to Fear the Walking Dead.

But 100 writers and showrunners frequently referenced Clexa, told viewers they understand what the lesbian relationship meant, particularly to LGBTQ fans, and said to keep watching. I watched the reaction to the episode where Lexa died scroll across my Tumblr  and Twitter feeds in real time. It went something like “omigod, they’re going to do it…omigod, the ‘ship is working, they’re together, it’s beautiful, thank you, show….WHAT? Lexa got Tara’d? WHAT HAVE YOU DONE?” (Less polite words were used.)

In this case, Lexa went out like a chump, rather than a fighter, and died for some random reason because the actress was leaving, not because she finished her character arc. Here, I admit that the showrunners were in a bind because the actress couldn’t do two shows at once but the 100 has a whole dystopian Earth to play in. They could have figured out some more imaginative way to move the character off the board, than having it happen just after sex, by a random element, after showrunners said that the relationship wouldn’t be bathed in cliche. When it went with “Bury Your Gays,”….well, let’s just say the level of nerd rage rivaled “Han Shot First.”

Contrast that with another genre show, Person of Interest, and another couple, Root and Shaw. They’ve been flirting every since they were in a scene together, leading up to a moment when all seemed lost and then Shaw kissed Root and seemingly sacrificed herself for Root and the rest of Team Machine. Why did this happen? Sarah Shahi, the actress who plays Shaw, was pregnant and they needed to take her off the show for a while. The showrunners hinted at this, the actress was open about it, and when the show aired, the writers left open the possibility that Shaw had survived and was a captive. Viewers weren’t happy about losing Root/Shaw or Shaw, but the real-world and the fictional part were handled as best as can be expected. There was no nerd rage.

Will there be Nerd Rage if Team Machine goes down at the end of the final season of Person of Interest, including Root and Shaw? Possibly, because this is not a show that specializes in happy endings, but that means the two white male leads go down as well, and equal treatment can take some of the sting out of it.

In all of these shows, they did something right first. They created a diverse cast of characters. But then they treated those characters as disposable/cannon fodder.

It’s like offering a hungry person a cookie. See, here’s this awesome cookie. Have a bite. Oops, no, going to take the rest of it back and toss it away. It’s just as maddening to have it snatched away as it is to never have been offered the cookie at all.

What’s the solution? It’s not to stop using diverse characters. It’s stop using death as the go-to plot device for so many of these shows. It’s expected now that no one is safe. But if everyone is disposable, the emotional impact of a death is lost. It’s even worse with characters who are not well represented on television because then you’re saying to viewers, “Eh, we care about people like this, until we need cannon fodder.”

That’s when you lose the emotional impact.

That’s not only offensive to the LGBTQ community, to people of color, and to women, it’s also horrible storytelling. 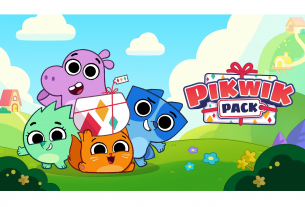 ‘Pikwik Pack’: A New Kids Show to Deliver the Sweets 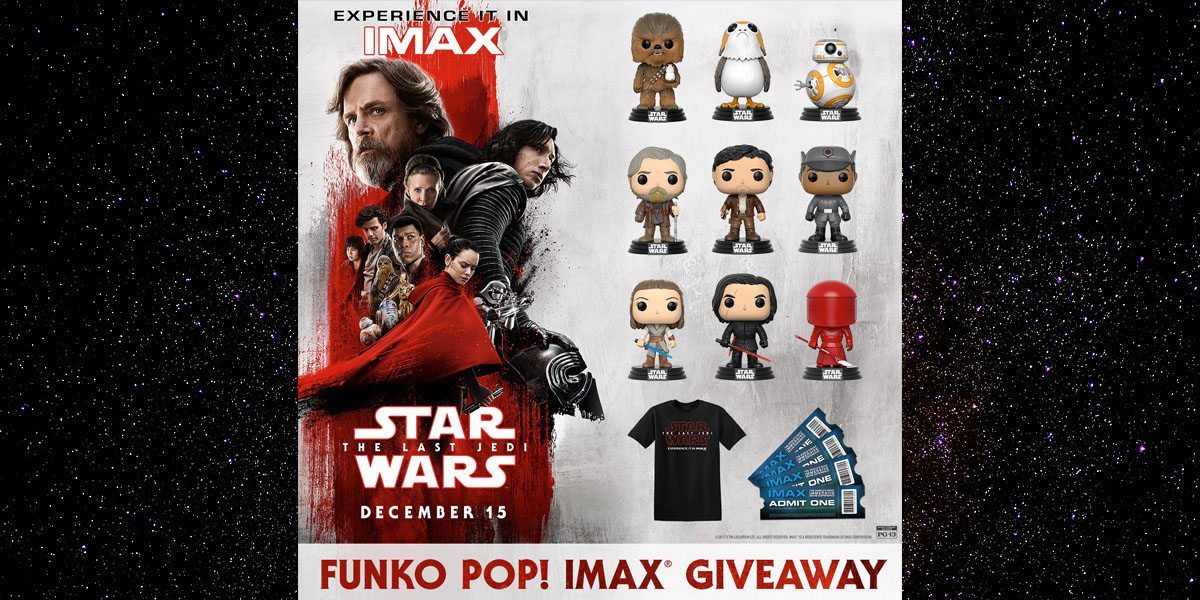 The Force Is Strong with Our ‘Star Wars: The Last Jedi’ Giveaway!