“Any idiot can take things to bits; putting them back together again is what counts.”

This was how my ever-present muse, James May, described his new BBC4 show, James May: The Reassembler in the publication RadioTimes.

This three-series special features May’s meticulous passion for learning how things work, and sharing his love for ingenuity with others, as he takes the “bits” and pieces from everyday items like a lawnmower, old-school rotary telephone, and (the one I am most eager to see), an electric guitar and reassemble them — in working order.

May might be correct that the ability to reassemble something is “what counts,” but it doesn’t make the disassembling process any less tempting or fun.

For me, at least, that curiosity of what makes things tick has been a part of me as far back as I remember. There’s a sense of adventure in wanting to see what’s under that flap of a car or computer, or what is inside that mechanical toy.

Have you ever taken a baseball or golf ball apart to see inside? I have — cork and string… lots of string. Those growing up in the ’70s and ’80s might remember poking a hole in a Stretch Armstrong figure, because we just had to know what that goo was inside of him. It’s gelled corn syrup (don’t eat it)! What about pulling apart a ballpoint pen, then trying to get the spring back in place so you can finish your test before the bell? Been there, undone that.

Taking gadgets and games apart is more than just science: it’s exploration. We’re on a journey to the core of the object at hand. Sure, a watch can be pretty, but its clockwork gears and cogs are absolutely gorgeous.

I am not a natural engineer. Words are my forte, not wires. That doesn’t make me love this process any less. My father was the mechanically gifted one. Although he always said my brother was compassionate and athletic, and I was smart for being able to write stories or possessed what I feel are mediocre artisan skills, he was a genius to watch when he was around cars. He was expert at putting things back together that my brother and I worked so hard (unintentionally) to destroy.

I remember him prying apart an 8-track tape that our boat-like Ford LTD had eaten, and recoil it back in place, just for fun. If you’ve ever dealt with that musical wonder of the ’70s, an unwound cassette tape may only take a Number 2 pencil in the right hole to remedy, but an ate-up 8-Track is, well, Eight Up. It’s more than likely a goner. As for my dad, he sat over the workbench with a screwdriver and tweezers for an afternoon, and darned if The Blues Brothers weren’t back in action the next day.

But, we had to take it apart to find out how it fit together. We want to see how it works.

My first experience with this was when I was somewhere between age four and six, and I was lying casually on the turned-down back seats of my dad’s Mustang fastback. The fastback’s sloped window was perfect for lying flat on and looking up at the sky, so I did this even when it was parked at our curb. One afternoon, I noticed a Phillips screwdriver on the floor. I realized this would fit perfectly in the screws holding the car’s interior paneling together, and set to work taking the entire back of my dad’s prized vehicle apart.

There was no malfeasance in my actions (I didn’t want to ruin the car), just a driving desire to use a screwdriver, and see what was under those panels. My father didn’t care what my intentions were, only the result of my actions. I got a spirited lecture about not touching things without asking, and heard some choice grumbles as I guiltily watched him adeptly replace the panels.

This curiosity continued in the natural world, as I was one of the few in my seventh grade class who couldn’t wait to dissect a frog. Later, in college, I did a full necropsy on a larger animal corpse. I won’t get into the gory details, but let me just say living beings are wondrously — and fascinatingly — made. Talk about a machine!

I still get this urge. I often take apart discarded wind-up toys or no-longer-useful electronic gadgets to see what’s inside of them. Outside there might be a smooth, organized surface, but inside there’s a whole other busy little world.

I know I’m not the only one who feels this way. Look at the popularity of “cross-section” and blueprints books, or the overabundance of “How (Your Item Here) Works” books and videos. I recommend Usborne’s Look Inside and See Inside series for kids, and everything by The Way Things Work author David Macaulay for all ages.

Of course, May is right. There is a satisfying accomplishment to putting something together that taking something apart just doesn’t have. This is evident in our everyday lives through such unlikely building blocks as numbers, geometric shapes, and words. I think we all, in our hearts, want to be creators, putting order to the chaos, and trying to put a stop to that pesky concept of entropy.

Those of us with a maker’s spirit get itchy in the fingers when we open up a model kit, and see those tempting little plastic parts ready to be snipped off their holding frame, and turned in to a plane, car, or rocket.

Try sitting in front of a pile of LEGO. I could almost bet you cash money you’ll be idly snapping together those wonderful little building blocks, even if just into the form of a wall or box. How about sitting at a table where a jigsaw puzzle is in the process of being built? As much as you try to ignore it, that unfinished castle turret or cartoon character’s face will haunt your subconscious until you gather and assemble the right pieces to bring it to life.

Chefs know that gathering some seemingly unrelated tastes and textures, when put together in the proper proportions just right, create something entirely new. Add a little extreme temperature change (heat or cold), and culinary chemistry is even greater.

Composers do the same thing. They gather the endless combinations of random notes, at varying lengths and pitches, and gather them together along a five simple parallel lines. If these are placed in just the right order, then a disorganized cacophony of sound becomes a symphony that touches people on emotional — and even spiritual — levels, just from putting some black dots, lines and flags together.

A more visual representation of this gathering of random “dots” into a beautiful order is via the physics of a Chladni plate (named for German scientist Ernst Chladni). Science presenter Steve Mould has an easy-to-comprehend explanation on this type of resonance-created assembling of random pieces via YouTube.

This past November, I was able to make up for my childhood exploits with a screwdriver, by giving my father a gift for his 76th birthday, of which May himself would approve: a Meccano-Erector Multimodel five-in-one set, similar to the Erector sets my brother and I played with as kids. Unlike other gifts he always politely accepted, he immediately cracked open this box to build it. I took up station across the table, and my daughters soon joined.

After placing the more than 100 little pieces (simple by Meccano standards) in their respective piles of shape, size and color, my dad took those nifty little building tools they supply you with and set to work making a motorcycle.

Every little victory was celebrated, whether it was the little suspension working right, or the wheel axles fitting in place, while every mess-up was met with a collective groan from three generations of would-be bike builders. We must have sat there for three hours getting this one little bike put together.

When it was finished, I asked my dad if he was planning on trying one of the other models included in the set.

“After all that work, I’m not taking this apart again,” he said, and took the bike home to display on his office desk. A couple of months later we were visiting him, and I casually picked up and examined the little family-assembled motorcycle.

“You know,” my dad said. “I’ve been thinking I want to try and see how that crane model works.”

James May: The Reassembler airs in the U.K. April 4-6. Further showings, including any U.S. dates, to be determined. 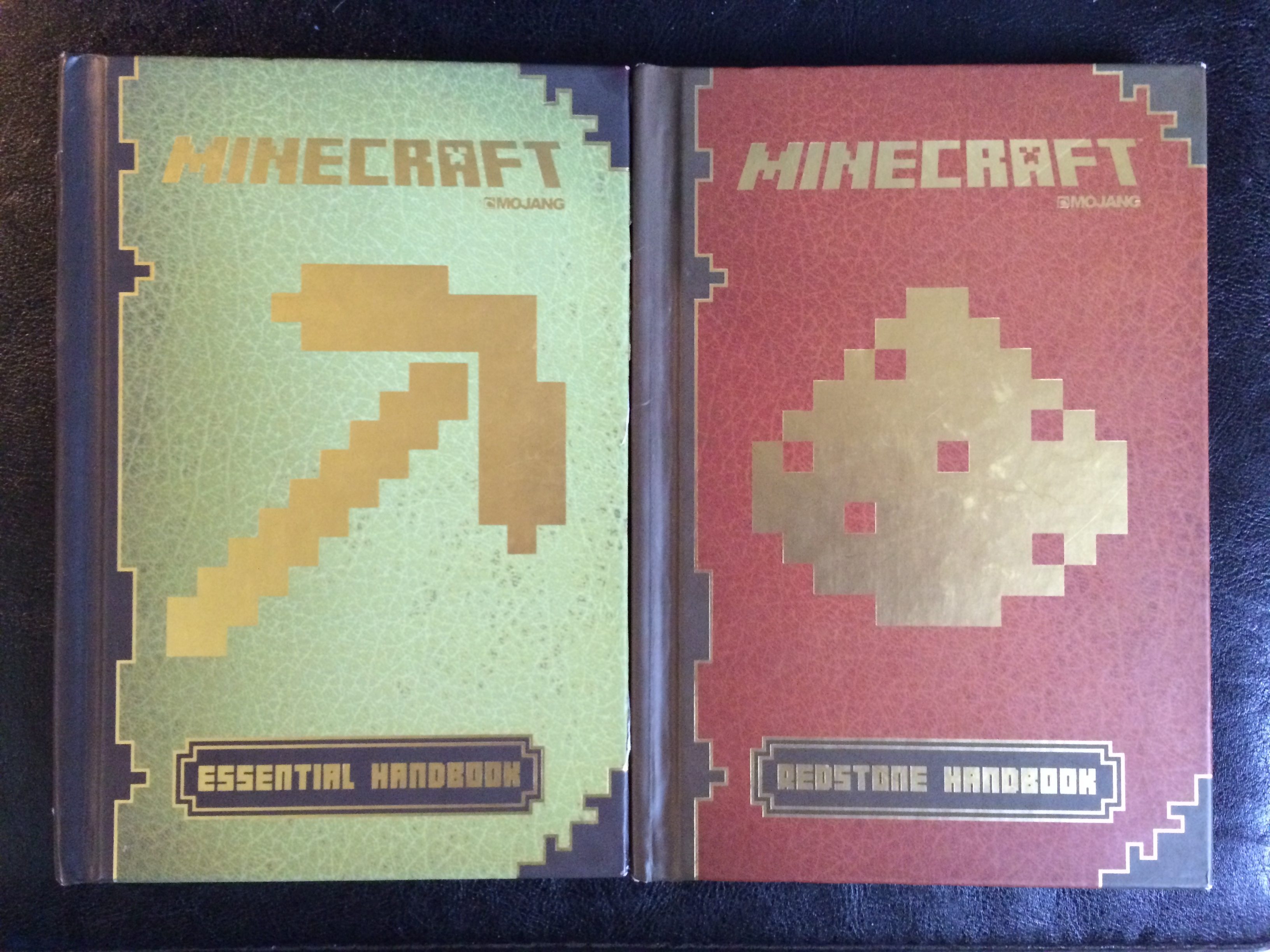