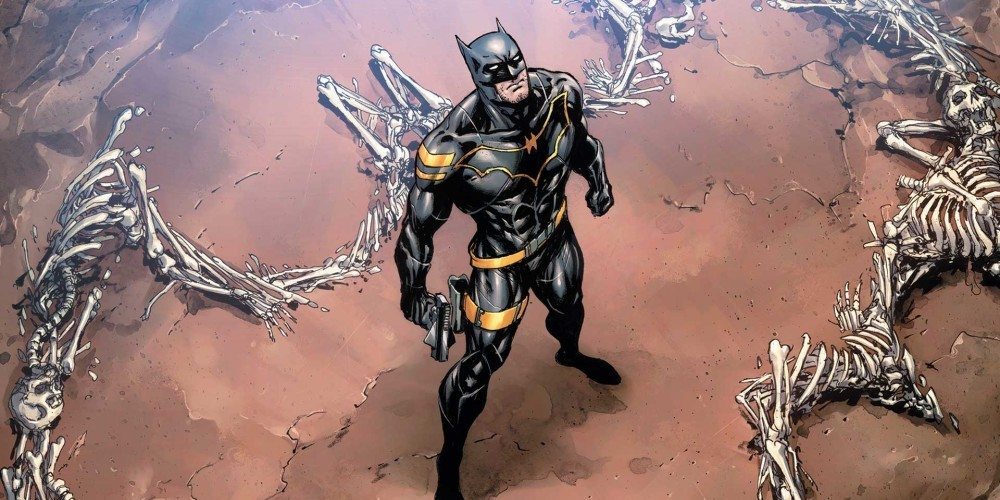 The “new 52” complete reboot of the DC universe lasted longer than I would have expected back when it was announced with great fanfare in 2012. While whole swaths of DC history were wiped out, including (seemingly) the Marv Wolfman/George Perez Teen Titans, Gotham City was the least affected by the changes in the beginning, at least if you were a guy.

All the Robins stayed–Dick Grayson, Tim Drake, Jason Todd, Damian Wayne–while only one Batgirl remained: Barbara Gordon. Lost until recently were Cassandra Cain and Stephanie Brown. Catwoman was also affected and not in the best way. Meanwhile, Batman: Detective Comics chugged along like the part of the Batman juggernaut it was.

My comic brother-in-arms, Ray Goldfield, and I took the occasion of the 50th issue of both titles to see how they fared, overall, in the new 52, soon to be replaced by DC (IT’S NOT A REBOOT, WE PROMISE) Rebirth.

Corrina: I love it when Batman (whoever it is) actually solves mysteries. But I want my original numbering.

Ray: Detective Comics has been solid for most of this last arc. While Batman has been focused on one huge mythology-driven story, Detective has Peter Tomasi steering Jim Gordon through a series of bizarre cases. The first story focused on aliens and the JLA, and was a favorite of mine. The current one is more of a traditional Gotham story with a bizarre themed villain. The visuals are great here, and it’s fun to see Jim and Harvey acting like old-school police partners even with everything that’s changed, but the villain himself is sort of lacking. A deranged killer obsessed with statues and recreating the heroic figures in them – and their gruesome deaths – this issue he even kidnaps a dog to simulate the story of Balto and attempts to feed him to a polar bear. There’s a few too many pieces to the puzzle here – the statues, all pointing to another statue of St. George and the Dragon; the stolen bones; etc. The villain himself is finally unmasked as a scarred madman, but we still know very little about him. Maybe that’s a bit of commentary here – this is Gotham, and weirdos like that are so commonplace that the way Jim Gordon deals with them is almost offhand.

But as a story, I kind of wish we had gotten something a little more consequential for #50. The main story is only 25 pages, and there’s a backup story by Tomasi and a series of legendary artists, paying tribute to some of Batman’s most bizarre cases with classic covers reinterpreted with modern art. It’s a quick read, but a gorgeous one.

Looking back at this series, it’s had four creative teams, each of which stayed a fairly reasonable length of time. Tony Daniel got the run off to an iffy start, with tales involving Bruce’s new girlfriend and her evil twin, lots of generic crimelords, and Joker’s skinned face. He then handed the baton over to John Layman, who delivered my favorite run of this title. The Emperor Penguin plot was probably the best Batman story outside of Snyder’s run. His interpretation of Man-Bat was also unique, but the run, unfortunately, ended with a thud with the weak Gothtopia crossover.

From there, Francis Manapul and Brian Buccellato took over with a run that shifted the focus from Batman to Harvey Bullock, an entertaining crime drama with some intriguing new villains. It was derailed for a bit by introducing a new potential ally for Batman who was used as a false flag for the next Batman, but overall a strong run that brought back Renee Montoya. They then shifted over to Tomasi, whose two arcs have been fairly light case-centric stories for Commissioner Gordon. The first year aside, this has been one of the most consistently entertaining books DC has put out, with a group of talented writers who kept the book in line with continuity while keeping the focus on strong, self-contained stories.

Corrina: I’ve heard rumblings from some comic shop owners that fans don’t like the Gordon Batman. I certainly wouldn’t expect Gordon to stay as Batman but I definitely prefer my Dark Knight to concentrate on solving crimes, as Tomasi’s Gordon Batman has done in his past two arcs, rather than some of the intense mythology over in the main Batman title. This particular tale reminded me of some classic 1970s tales where Batman was a supremely conditioned athlete and superior detective instead of the BatGod that he’s become in the modern day. BatGod isn’t really allowed to fail or doubt himself (his only flaw is being too remote) but Gordon’s Batman can do all that, which  makes for better storytelling, in my book. I’ll miss this style of story, since Bruce will be Batman again, and driven again to be more than human.

As for the overall run, I didn’t pay attention to the beginning of the new 52 ‘Tec, especially since it began with not only a standard “girlfriend in peril” setup but a dull one, not to mention the skinned Joker’s face was just, well, ugh. I agree with Ray’s assessment that things began to definitely turn around with John Layman’s work on the title though Gothtopia remains best forgotten, I think.

Manpaul and Buccellato did a fantastic job overall in bringing the detecting back to the Batman title and they made great use of his supporting cast, especially Harvey Bullock. This is what I wanted Gotham the television show to be but, alas, it’s more interested in the villains.

Tomasi’s run, as I said above, reminds me of classic Batman, the guy who instead of leading with his fists, considered his brain and knowledge his foremost detective skill. Thus, it’s only fitting that Detective Comics returns to its original numbering as the first issue of the title in Rebirth will be #934. Yay!

Corrina: Decent Ending for the Arc. The Run? Wildly Varying in Quality.

Ray: I thought this arc got off to a rough start, just too much of a standard frame-up noir plotline that we’ve seen quite a few times for Catwoman. But this issue packs so much into its 25-page main story that I thought it brought the plot to a great conclusion. After finding out just why the diamond she was hired to steal was so valuable – it contained a hard drive with Penguin’s blackmail material on every major business figure – she was ambushed and wound up in prison. After taking out dozens of inmates hired to kill her, she’s thrown in solitary, where corrupt cop Scagnetti brings in some special help – in the form of Clayface, Firefly, and Zsasz. Catwoman is only able to break out with the help of two friends – the sirens, Poison Ivy and Harley.

It’s great to see the trio reunited, and can we have a new Sirens book, please? Finally, Catwoman arranges a sit-down with the person who hired her in the first place – Lex Luthor, who as always is five steps ahead of everyone. While the first few issues of this arc felt a little small and predictable, this finale blew things out in a big way, delivering a conclusion that feels more like an exciting series finale, despite two issues to go. Very satisfying ending all around.

Looking back at the series, this title has also had four creative teams, although the current one was little more than an arc. The Judd Winick run that kicked things off is most known for that notorious sex scene and the very sexual art, but overall it had a good take on Catwoman and some interesting supporting cast that unfortunately went by the wayside quickly.

The Ann Nocenti run that followed was… well, a disaster, introducing Joker’s Daughter, Subterranea, and a host of new characters, none of which were particularly memorable. It just wound up being a mess that didn’t seem to really be about Catwoman. Things turned around in a huge way, though, with Genevieve Valentine’s run, which put Catwoman in the role of a crime boss and turned the series into a slow-burn noir. Probably the best run on this character since Brubaker and Cooke. This arc was a let-down after that, but still an entertaining read. This is the only one of the titles to reach 50 that won’t be continuing in Rebirth, and it’ll be missed.

Corrina: Ray is being too kind about the original Winick run that kicked off the new 52 Catwoman. Nobody objects to a sexy Catwoman. What they object to is ridiculous storytelling and artwork that basically turned Selina into a bendy pretzel. In the first issue, there’s an entire page devoted to the point of view of Selina’s breasts. Perhaps the story improved after that but not by much. The beginning also suffered in comparison to the Ed Brubaker/Darwyn Cooke Catwoman redesign (aka Goggles Catwoman) that is still the gold standard for Selina.

I was so turned off by Winick’s run that I skipped all of Nocenti’s work. Sorry about that but I suspect avoiding the Joker’s Daughter had a lot to do with it. However, I heard tremendous things about Valentine’s work when she took over the title, and decided to give it a try. Selina, the ultimate loner, as the head of a crime family. was a hard sell for me but it worked, especially as Selina was trying to do what she always does: help others without worrying about the confines of the law.

Valentine’s run did have a few flaws, namely sometimes panel-to-panel storytelling that could be impenetrable, and the mob story lasted a bit too long. But it gave Stephanie Brown a role in the new 52 and brought in some fascinating new characters. It’s well worth reading, and David Messina’s artwork had just the right touch of noir. The quality of this run looks even better next to the one that follows it, Tieri’s standard crime caper stuff. (But, I’m sure, Tieri was brought in just to fill up the last few issues before the Not-A-Reboot.) So I can’t be too hard on him, especially since Miranda’s artwork is quite good. 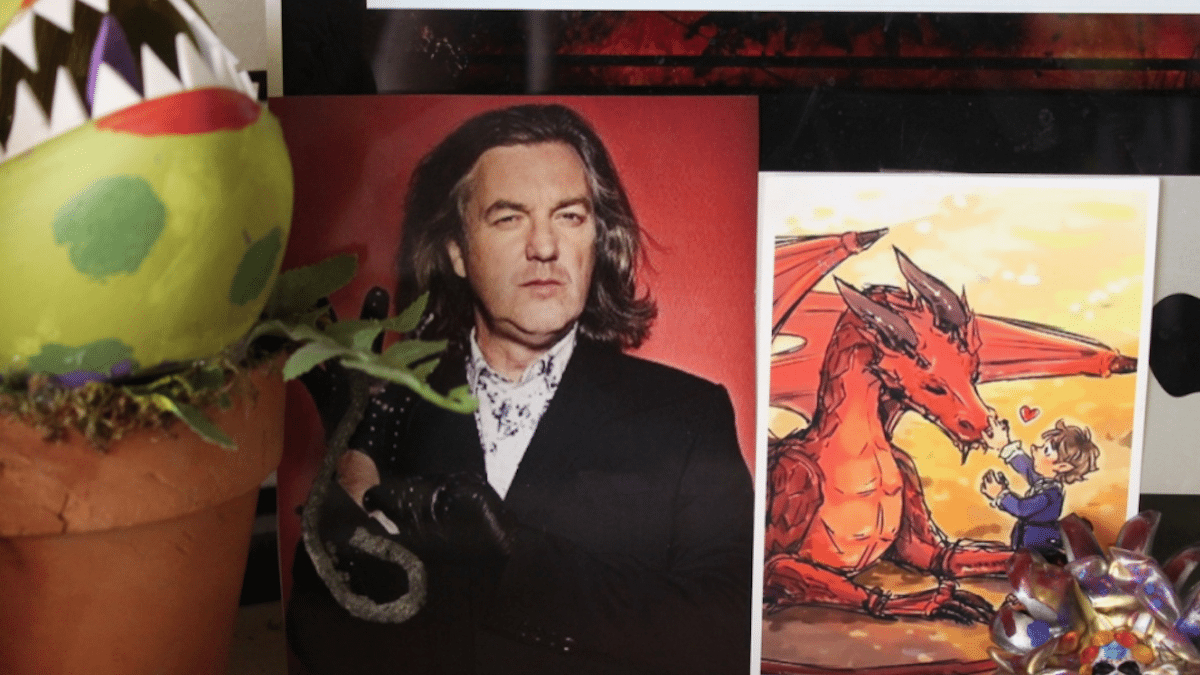 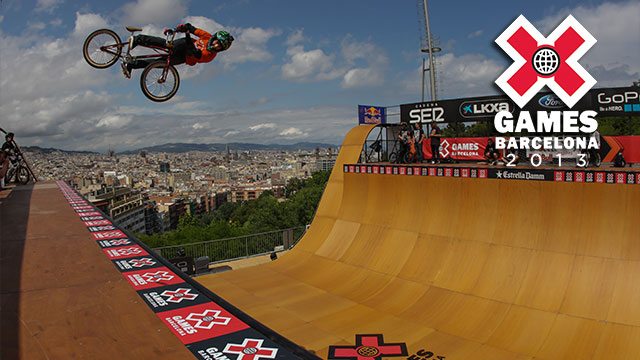 Seven Things I Love About the X Games