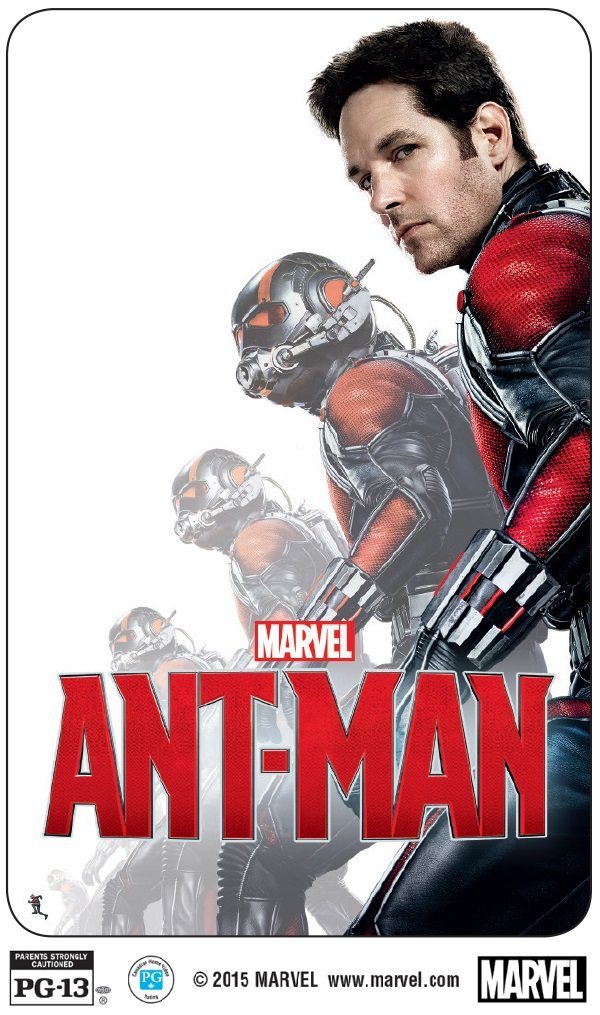 Marvel’s Ant-Man made its “big” screen debut this year and now just in time for the holiday season, it’s coming to 3D Blu-Ray, DVD, and digital download on December 8th!

The newest member of the Avengers is small but mighty. Retired hero, Hank Pam, recruits talented cat burglar, Scott Lang (Paul Rudd), to resurrect the Ant-Man suit and protect its secret from bad guy Darren Cross (Corey Stoll). Together with Hank Pym (Michael Douglas) and his daughter Hope (Evangeline Lilly), the three of them take on the Yellowjacket and Hydra.

While my husband and brother both thought this movie was introducing a new character into the Marvel Universe, I’ve been a longtime fan of both Scott Lang and Hank Pym and could not have been happier with how it turned out. The movie came through for me with the perfect blend of humor, heart, and Thomas the Train that anyone could ask for in an action flick.

However, this was not a universal opinion. See GeekMom Corrina’s post, “I’ve Had Enough of the Man Pain,” on why she’s tired of the tropes used in Ant-Man.

In celebration of Ant-Man‘s debut into the Marvel Cinematic Universe, we are giving away a digital copy of the film to four lucky readers.

Four winners will receive a code and instructions on how to download the movie through the DisneyMoviesAnywhere app.

How to Enter
To enter, just login to the Rafflecopter widget below with your Facebook account or email address (use a valid email so we can let you know if you win). You can then like us on Facebook and follow us on Twitter for up to two entries! If you already like/follow us it will still enter you in the giveaway. A winner will be chosen at random at the end of the contest and their name will be posted right in the Rafflecopter widget so you can check back to see who won.

Actor Jumps Successfully Into Comics With The Big Bad Wolf