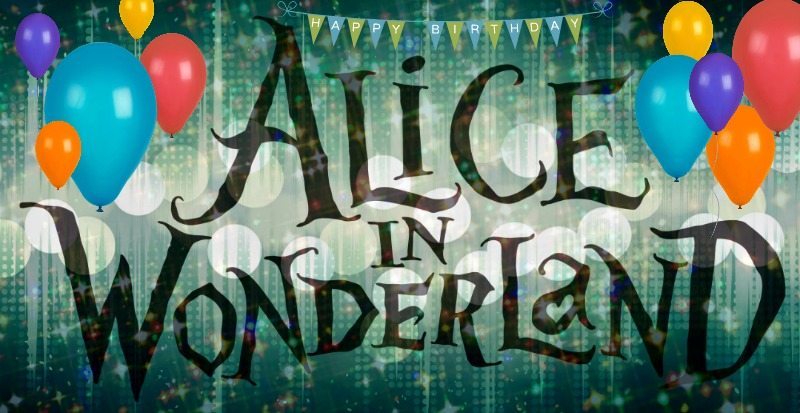 November 26th, 2015, marked the 150th anniversary of Alice’s Adventures in Wonderland. The origin of the Alice stories were conceived by Charles Lutwidge Dodgson, Oxford mathematics don, whom the world knows as Lewis Carroll.

In 1864 Dodgson presented Alice Liddell with a handwritten, self-illustrated manuscript of Alice’s Adventures Under Ground on November 26th.

“It was all very well to say ‘Drink me,’ but the wise little Alice was not going to do that in a hurry. ‘No, I’ll look first,’ she said, ‘and see whether it’s marked poison or not’; for she had read several nice little stories about children who had got burnt, and eaten up by wild beasts, and other unpleasant things, all because they would not remember the simple rules their friends had taught them: such as, that a red-hot poker will burn you if you hold it too long; and that, if you cut your finger very deeply with a knife, it usually bleeds; and she had never forgotten that, if you drink much from a bottle marked ‘poison,’ it is almost certain to disagree with you, sooner or later.”

On November 26, 1865, Dodgson published Alice’s Adventures in Wonderland and gave the Alice stories to the world. Six years later, in 1871, he published the sequel Through the Looking-Glass.

The original Alice manuscript was borrowed back from Alice Liddell in preparation for official publication through Macmillan books. However, Dodgson took on most of the business of production and negotiations by himself. As a novice author, Dodgson’s undertaking of the Alice publication led to a major kerfuffle with the printer.

During the early 1800s, illustrations were engraved on wood blocks. In 1861 and onward, engravers photographed drawings onto the blocks–this allowed engravers to copy and retain an artist’s original drawings. The machine-press required careful presswork on extremely responsive paper–usually paper was damped to get a good impression from the block.

At the time of production, Sir John Tenniel complained to Dodgson about the printing blocks in the first edition of the Alice stories–an unusual circumstance. In that time, most illustrators were unprotected by copyrights and were given very little say in the overall printing process. However, at the slightest complaint from Tenniel, Dodgson withdrew the finished copies only to have them redone by a different printer.  Dodgson cared as much about the illustrations as he did for the story itself.

Dodgson managed and monitored every aspect of the publication of Alice’s stories, even up until his death. In 1878, he noticed the kings weren’t being printed on the chessboard in Through the Looking-Glass. Macmillan suggested that the squares were dropped out and replaced by blanks when the images were passed from the compositor’s hands to the electrotyper’s. Also, the sixtieth thousandth copy of Through the Looking-Glass was rejected by Dodgson because twenty-six of the fifty images were over-printed. Dodgson meticulously ensured that quality of sales came before profit. He took immense concern in the production of his Alice books. In many instances, the defective copies were destroyed, immediately.

Using some of the original illustrations from the Alice stories, Atomic Antelope created an interactive eReader of Alice’s Adventures in Wonderland called “Alice for iPad,” which can be purchased on iTunes.

Wonder what Dodgson would think of his book as an interactive eReader? Share your thoughts with us.

For a look at the math behind the Alice stories, check out the New York Times article, “Algebra in Wonderland.”

From all of us at GeekMom, Happy 150th Anniversary Alice in Wonderland.

And a very, merry un-birthday to you!