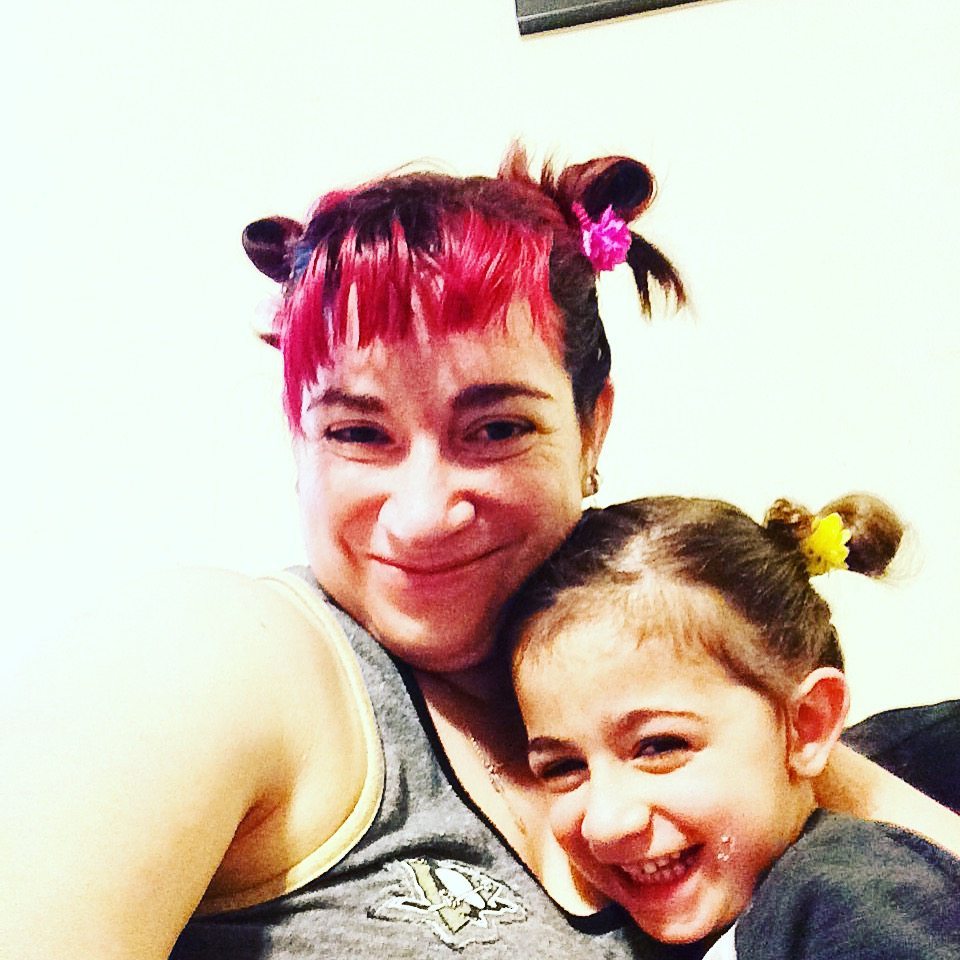 My three-year-old daughter has recently discovered a love of princesses. The pink, frilly, sparkly kind. This particular addition to her fandoms has been a little difficult for me as princesses, at least of the traditional variety, are not so much my thing.

That said, after a little creative maneuvering, Z and I have discovered our mutual love for one princess in particular. One who is addressed as “Your Highness” but has little use for talking animals or salvation by male. One who sometimes wears flowy dresses and always has fantastic hair, but also possesses deadly aim with a blaster.

Little did I know the world would make every attempt to thwart our two person Princess Leia Organa Admiration Society.

Now, apparently, if she were a dog, we could go all out.

Allow me to explain…

When Z was first born, the hubs and I were proud to announce there would be an acceptable max pink/frilly percentage vis-a-vis her wardrobe because we were not going to pigeon-hole our little girl with society’s expectations.

(I know, I know, give me a second, I’m getting to my own faulty logic.)

As Miss Z started to express her own preferences (you’ll note I used the term “express” rather than “have”; I’m pretty sure the child was born with opinions), I was forced to reevaluate my own prejudices on the matter.

You see, I went through a Goth phase, as so many young ladies of a certain age did (Still are? Someone recently commented on the ongoing preponderance of black articles in my closet.) and it met with great, profuse, and repeated commentary on the part of my parents. They disliked my hair, they disliked my makeup, and they thought my wardrobe needed a hue other than one from the “grayscale” part of the color wheel (my parents are pretty rad, but there’s conflict inherent in the job).

I, of course, being a teenager, wore successively vampier shades of lipstick and dyed my hair successively more emphatic “pit of ultimate darkness” black because teenager but, also, because for whatever reason (and damned if I can remember what it was) the choice was important to me at the time. Perhaps because it was a physical manifestation of feeling different inside, perhaps it was a safe act of rebellion, perhaps it was an assertion of independence, or perhaps I just needed to be dark.

Regardless of my own motivation, being constantly reprimanded for its expression hurt.

I swore, when hubs and I decided to have kids, I would never cause them that same hurt. That, unless an interest/fandom/time-sucker was somehow exclusionary or derogatory or harmful, there would be no harshing of anyone’s jam.

I repeat, no harshing of the jam.

Which is why there are princess accouterments in our house. I’ll admit that a great many of them stimulate my vomit center (I think it might be a medical condition of some sort. It is definitely not, I repeat not, a value judgment on those folks who enjoy princesses.) but I swallow hard and persevere because, for whatever reason, Z needs princesses in her life.

And, as I mentioned above, it has ultimately given the girl and me a connection in the person of Princess Leia Organa. Senator, rebel, wearer of fantastic jewelry and belts, pilot, strategist, lover of scruffy nerf-heders, she with outfits for all climates and occasions, ally of small and much maligned fuzzy things, contrarian, peacemaker, and, quite frankly, the best shot of the bunch.

There isn’t a ton of old time-y, ’70s of yore, Leia stuff floating around out there (She’s on the reprint of the sheets, featured in a couple of Lego sets, a few action figures. My Episode VI, bounty-hunter Leia is, sadly, long gone.).

You can, then, imagine the mommy-Z excitement at the outpouring of new Star Wars stuff, from pencils to books to comics to action figures to costumes, to Nerf things; surely, surely, there would be Leia stuff for us to obsess over. I mean share. Right?

We’ve been to Target three times since Force Friday. We’ve been on Amazon numerous times. Disney, Pottery Barn Kids, even We Love Fine and Her Universe.  And at the conclusion of each foray, Z has looked up at me, head cocked to one side, eyes narrowed and asked, “Mommy, where’s Leia?”

Because, while Leia Organa isn’t completely absent, she is nowhere near as prevalent in the stuff as someone of her import to the story should be and, on some products, is being actively removed in favor of a dude. You can read up on the most recent ill-fated t-shirt here.

Let’s look at some numbers.

Are all items labeled properly? Absolutely not. A cowboy gun holster came up in the “Han Solo” search, for example. But even accounting for standard deviation, error, and tagging to get eyes on a product, we clearly have a problem. Because those who label are aware that the farm boy, the scoundrel, and the big bad garner more hits than the princess.

And, yes, you read that right.

Even Ashley Eckstein’s Her Universe returns 100 items for “Star Wars” and only three for “Princess Leia,” one of which is the “I love you, I know” t-shirt and another of which is a TARDIS skirt (early morning headscratcher).

Are there other female characters Z and I can bond over in the Star Wars universe? Absolutely. And we have. We’re jointly obsessed with Ashoka (her choice for Halloween), Sabine, Hera (my choice for Halloween), and even Ventress. But when Z got her big girl bed and wanted a Clone Wars or Rebels comforter featuring any of the aforementioned, we came up empty. Same for wall decals, posters, etc. I’m sure they’re out there, but they aren’t easy to find.

And Leia was first. She was the first for so many women and their daughters and, now, their granddaughters.

Leia is common ground between generations.

And she is woefully under-represented.

There are a few middle-grade books (which we are currently reading to both the girl and the boy) in which she is the main character. The recent Leia Disney/Marvel comic series set in the aftermath of Episode IV places her front and center but is sort of lame overall and also not so much for the kids (I don’t hide history from them but explaining genocide is pushing it for a three and six year old). I think there are a couple of Funkos and action figures.

These paltry offerings satisfy neither myself not the girl.

Lack of Leia may seem like a small thing in the grand scheme. But it says a lot about the way the Powers That Be view the place of women in the Star Wars saga, the greater Star Wars universe and, by proxy, society in general.

We’re teaching women and girls that Leia is less important than her male counterparts. Her contributions, no matter how significant, are lesser. The losses she suffers in service of others, the sacrifices she makes, less important. Her voice should remain quieter. That she isn’t important.

That they, that we, aren’t important.

We’re teaching men and boys that Leia is incidental. That key moments in her life, key decisions, universe changing ones, are better made by a man. That a male shadow is more significant than a female standing in the light.

We are teaching them that she, that we, are easily disregarded. Disposable.

Princess Leia Organa would not stand for such nonsense.

And neither should we.

The Comics Factory Turns You Into A Superhero