We keep asking for more strong, independent female characters and occasionally receive them. But most of the time, it feels like there’s a room out there, full of male writers who never had a mother, sister, wife, or daughter worth respecting. And they must be responsible for writing freaking everything.

But, humor me for a second, are men really the only ones to blame?

I was recently shopping online for a new book to read. I was browsing around through random recommendations and lists, and finally settled on a book. It was a science-fiction book written by a woman, with a strong female lead that reviewers raved about. Sold!

The book opened with a scene taking place in a bedroom. A man and a woman, apparently having had sex, are getting dressed. The man begs the woman to stay, but she can’t be bothered with relationships. She was here to use him as she always does, and having her needs met, she’s anxious to leave this annoying guy behind faster than she can say “see ya next time my libido rages.” He even proposes to her somewhere in there, and she rolls her eyeballs as far up as they could go. Men are such sissies! She has big dreams and cannot be weighed down by commitments. Emotions? Gross!

I am independent, yet I am in a committed relationship.

I am strong, yet I have basic human emotions.

I am a feminist, yet I do not sleep around.

I am a fighter, yet I do not know how to shoot a gun.

When did this “emotionally unavailable” trope become the national symbol for womanly strength and independence? Because, let me tell you, being independent and being distant are two completely different things.

I am choosing not to mention the particular title of this book because I don’t think it’s this one writer’s fault. Or, I don’t know, maybe it’s her fault. Or maybe it’s men’s fault. Or Barbie’s fault. Or should the blame be on fashion magazines and pop culture?

I’m not here to point any fingers. I think it’s easy, even for a nice female writer from the midwest or a male writer in Hollywood, to use common reference points. How do you symbolize strength in one sentence? How do you symbolize independence in one scene? Let’s just use the pre-existing tropes that people are used to seeing, rather than building a whole new world within which men and women act like decent, reasonable human beings.

I can sympathize with how easy it is to fall prey to these shortcuts. Yet, I beg you, can we all try a little harder? Let’s write diverse female characters where strength is nuanced, objectives are plentiful and conflicting, emotions are not taboo, and—call me crazy—sexual prowess isn’t even mentioned. While you’re at it, can we write some male characters that are like that too, please? 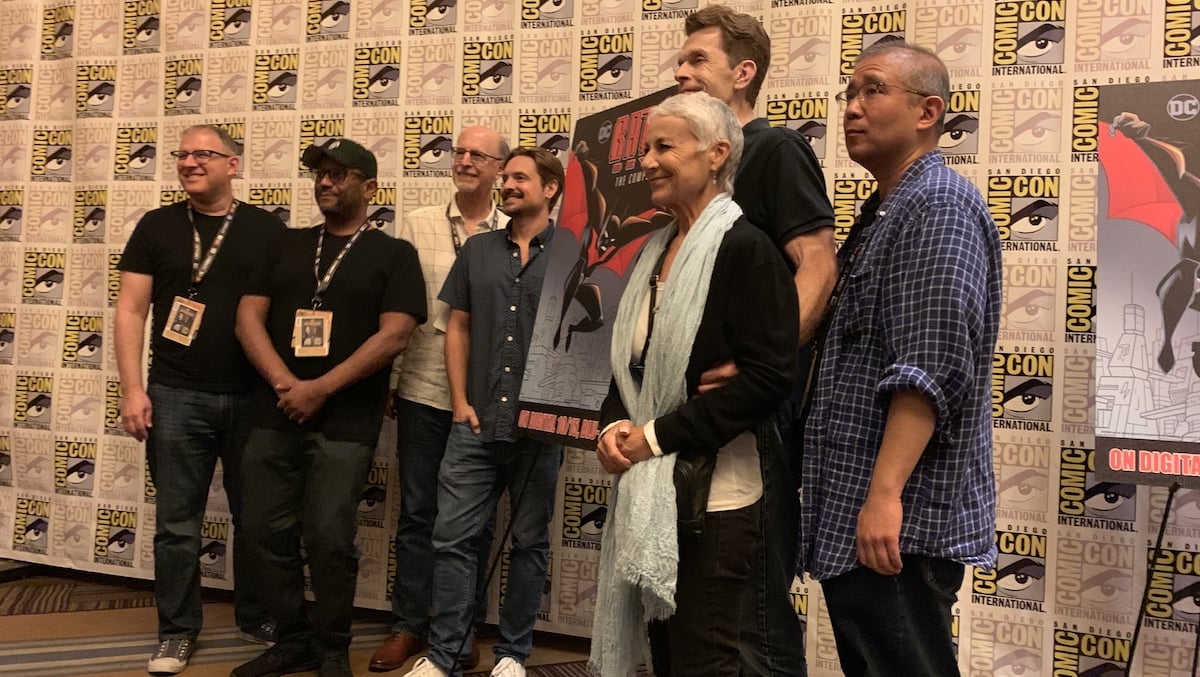 SDCC: ‘Batman Beyond’ Hits 20–Time For a Revival?