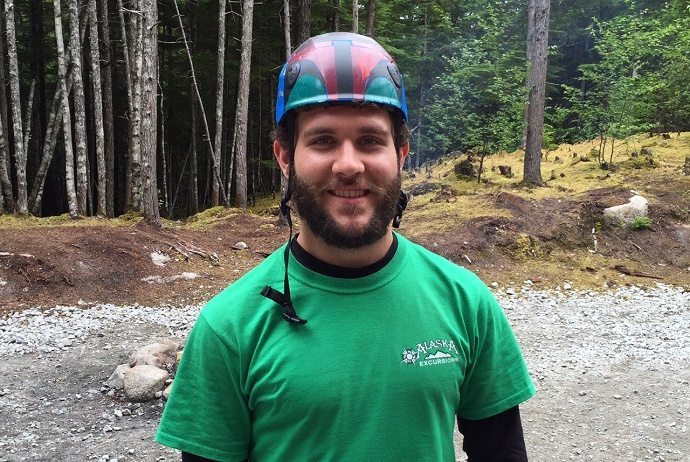 We have just returned from a wonderful Alaskan cruise. This was my first cruise and my first trip to Alaska so it was a very big deal. Months of planning finally got us there and we had a wonderful time aboard the Disney Wonder. There were three stops along the Alaskan coast starting at the northernmost point of our trip in Skagway.

You expect to see certain things while you’re in Alaska. The list of expectations includes bears, bald eagles, and maybe some salmon swimming upstream. We saw all these things and they were amazing. What we did not expect was running into two wonderfully nerdy guys. They were hiding in plain sight at the Alaska Excursions Grizzly Falls Ziplining Adventure in Skagway.

We signed up for this excursion before the cruise because we love ziplining. We’ve gone several times closer to home and thought it would be fun to fly through the trees up north. You simply cannot beat the scenery up there and it was a beautiful view. We crossed suspension bridges, zipped over rivers, and had a grand time.

What made it one of the highlights of the trip were the two guides, John M. and Sam, who led this adventure. Once we were all suited up, they took us out onto the course and gave us the safety rundown. It wasn’t until I had zipped a few lines that I noticed John’s green helmet was painted to look like Boba Fett.

I asked him about this and he said he was a huge Star Wars fan and had even attended Star Wars Celebration several times. Sam joined in, tipping his head to show the Magic symbols covering his helmet. Nerds of the North!

The rest of our ziplining excursion was a fantastic mix of information about the landscape and talk about our favorite books. They were both voracious readers and we all ended up making lists of new books that we each wanted to read. We even had a chat about New York Comic-Con and San Diego Comic-Con and which was the better of the two. My vote goes to New York.

It was a wonderful experience. All the guides—even the non-nerds who were guiding some of our friends—were fantastic and made the experience something to remember. Should you find yourself in Skagway, Alaska doing some ziplining, look for the guys with the nerdy helmet decor. They’ll make the day one to remember. 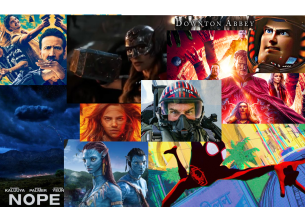 GeekDad: A GeekDad Preview of 2022 Movies

2 thoughts on “Nerds Hiding in Plain Sight in Skagway, Alaska”