Get ready to head back down nostalgia road, gamers! King’s Quest: A Knight to Remember heralds the return of Sierra Games’ classic adventure game franchise. Like its predecessors, King’s Quest is a game that can be enjoyed by kids and grown-ups alike. In fact, it’s some of the most fun I’ve had playing a video game together with my six-year-old, and I can tell already it’s going to be one of those family-play experiences that will always stand out in my memory.

To be honest, I don’t remember much about the original games in the series. My strongest recollection of playing the games as a child was being beyond excited when the first SVGA entry in the series, King’s Quest VII, came out. We marveled at how it looked, thinking that the future of games had finally arrived. Naturally, King’s Quest: A Knight to Remember blows those old games out of the water in the looks category, but it gives me the same experience of staring at the screen and saying, “Look how beautiful this game looks!”

King’s Quest isn’t a remake of any of the original games, but an entirely new game that follows Graham in his early adventures as he tells the story to his granddaughter Gwendolyn.

The story is told across five chapters, each to be released separately by Sierra, and the first chapter includes some of Graham’s earliest exploits as a beginning adventurer. Weaving the gameplay through another story of the aging King Graham and Gwendolyn is brilliant, easily explaining away any mishaps that might happen if you make a wrong choice before letting you choose again. (“That’s what would have happened if I went to the left!”)

Not that you’ll mind hearing King Graham talk to you through the game, as he’s voiced by none other than Christopher Lloyd. Zelda Williams is also in the game as Amaya Blackstone, and the moment Manny starts speaking, it’s impossible (inconceivable?) to not recognize Wallace Shawn.

The controls are simple and intuitive. We are playing through the first chapter on the PlayStation 4, and my six-year-old and I take turns swapping the controller. Options to use and look at certain elements on-screen only become active when the item is nearby, so you don’t have to worry about wasting time pressing X on every clay pot you see. My biggest complaint about the controls is that it’s not possible to skip through any of the dialogue, even if it’s repeating something you’ve already heard before. There’s also no fast travel or dash button to run faster through the screens, so you may find trotting from screen to screen tediously slow.

It wouldn’t be an adventure game without puzzles, right? King’s Quest has plenty, and they’re not the “who would ever think to do that” type that can sometimes plague games of this nature. We have yet to come across a complete stumper, although we have found ourselves mulling over a puzzle or two for a long time.

Stuck on one for quite a few minutes, my six-year-old turned to me very seriously and said, “I will give you a dollar to Google this.” But I laughed and told her it’s much more satisfying to solve it on your own, and we prevailed a few minutes later. Brain teasers! Teaching patience! Quality time together! What else could you want in a video game? (Other than fast travel.)

A Knight to Remember is the first of five chapters of King’s Quest, out now for PlayStation 3/4, Xbox 360/One, and PC via Steam. Chapters can be purchased individually for $9.99 each, or $39.99 for King’s Quest: The Complete Collection. 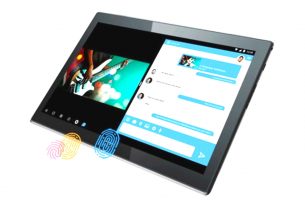 Dove Real Beauty Asks: Do You Even Know What You Look Like?