Nightingale is what happens when you take a brain and steep it in 35 years of superhero-dominated pop culture.

When I first sat down to write Nightingale, I had one of those complete brain-lock moments where I saw a road paved with comics and movies and action figures and Saturday-morning cartoons leading to an impossibly distant horizon where my book loomed large.

You are in a clearing. The forest surrounds you in three directions, there is a path leading North.

The path is far too large to pick up.

“That’s not what I meant you stupid subconscious train of thought! You know what I meant! Go down the path!”

You cannot do that. The path leads North.

You are on the road to your novel. You are likely to be eaten by a Gru.

And so it went, with me arguing with myself at 5:00 AM every morning for about a year. But as I picked my way along the path, a few things became clear.

My original main character, Magnificent, was born from the love of Wolverine that any 90s-era comic reader has (despite what they tell you). You know why he was in half a dozen comics, plus managed to be on both X-Men teams even after they split in half? Because we all thought he was the coolest thing we’d ever seen. His powers meant he could take and dish out a lot of damage, plus he was morally ambiguous in a way that Captain America or Spider-Man could never hope to be.

That popularity cuts both ways, though–and, right around the time we saw our former favorite hero regenerate from a single brain cell, we realized that the adamantium-laced shark has been jumped. Magnificent sports a somewhat similar core, and her powers are definitely inspired by ol’ Canucklehead; but I wanted her to experience real peril, otherwise it was only a matter of time before I was nuking her down to single DNA strands. So that healing factor of hers had to be dealt with; which led me to realize…

2. Secondary Characters Want the Spotlight Too

Alyson Hopkins was never intended to be the main character of Nightingale. She was my walking MacGuffin to keep Magnificent from tearing herself apart. But as I tried to keep her in the background, I realized that there was more to her story that I was ignoring. So I let the rein out a bit and, before I knew it, I had chapters that had nothing to do with what was then my titular character.

Nightingale soon started showing up in scenes that originally had someone else as the focus. But she wasn’t consistent. Sometimes she was wishy-washy, other times, she acted with a confidence that made it seem that she had far more experience. But both versions of Nightingale felt right. It wasn’t until I tried to resolve that disparity that I learned…

No, not literal ones (though some of the characters in The League universe have those too), but the kind of flesh-dripping, toxic sludge-spewing nastiness that lurks somewhere between your higher thought and your subconscious. The farther down the path I went, the more I realized that all these characters I was busy shifting around–the ancient brawler with a healing factor, the wet-behind-the-ears newbie with force powers, the old man clunking around in outdated armor–all of them had things they wanted, needed, to hide. In the end, Nightingale ended up being as much about how we present ourselves to the world as it was about spandex and plots for world domination (though it’s mostly about that too).

The dysfunctional group that I found at the end of the path looked a lot different from the few dozen character sketches I was shuffling around in Evernote when I started. What had been an exercise in cutting through the woods, laying down brick after brick, became an exercise in discovery. In fact, listening to the final draft of the audiobook (due out this month!), I find myself still surprised at how differently scenes can be interpreted by others. Which leads me to my last lesson.

That looming tower of a book at the end of the trail? It’s actually made up of a lot of smaller facets, all focused somewhere else, on various bits of the tale that I never even considered. Since Nightingale has been released, I’ve had people ask me about characters that I hadn’t thought of at all, except as background noise. Events that I wrote just to bump the plot along were suddenly significant.

And the character I wrote in a coffee-fueled fugue state one Sunday afternoon? The one I thought that was too ridiculous to last more than the few pages he occupied in Book 1?

Everyone loves him (so, yes #Trending will be in Book 2, you can rest easy). It’s been amazing, being able to share a bit of the craziness that goes on in my head with the world at large. I can’t wait to share more of The League universe with you all.

Anthony Karcz is an author of superhero fiction and a regular contributor to GeekDad.com. You can learn more about Anthony and The League universe over on AnthonyKarcz.com. Nightingale (and the upcoming audio book) is currently available on Amazon (if Amazon isn’t your bag, head to AnthonyKarcz.com for links to other digital booksellers). 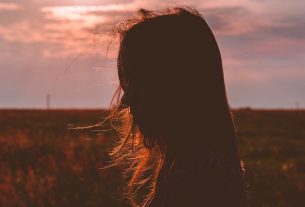 What I Learned About My Mental Health One Year Into Therapy

7 Things Parents Should Know About ‘The Vietnam War’ on PBS