Happy Comic Release Day! Welcome to another installment of GeekMom Comic Book Corner, where we recap our adventures in comics for the week. This week we take a look at Time Masters: Vanishing Point, Birds of Prey #0, as well as what’s on sale on Comixology this week.

Ever since being introduced to Booster Gold’s comic book side in the new 52 Justice League International, I’ve wanted to learn more about the gold and yellow hero from the future. This week I checked out DC Comics Time Masters: Vanishing Point (written by Dan Jurgens and art by Norm Rapmund) from my local library and from page one, I couldn’t put it down. While the main story follows Rip Hunter, Booster Gold, Superman and Green Lantern’s mission to find Batman in the time stream, the story itself seems to focus more on Rip Hunter and how he became the time master he is now.

In another Booster Gold story I read, I was really confused by the time traveling aspect of things. This story on the other hand, was really easy to follow and made up for the confusion I experienced in the last story I read.

I highly recommend this book to anyone interested in Booster Gold and Rip Hunter. If you are a Superman, Batman or Green Lantern fan, I would choose another story to pick up as they don’t have very strong rolls in this story.

Zero month continues for DC Comics, and last week I picked up Birds of Prey #0 (written by Duane Swierczynski and art by Romano Molenaar). The last few covers for Birds of Prey have been gorgeous, and the Zero issue is no exception. I’m a new fan of cover artist Stanley Lau.

While Birds of Prey #0 is an entertaining and slightly predictable origin story for the team, the continuity problems posed by having Batgirl on the team continue to be a distraction. Their meeting is only supposed to have happened a year ago, which seems to conflict with the timeline of Batgirl #0. Additionally, the costume Barbara wears in the issue doesn’t match up with her other costume shown in Batgirl #0, not to mention that the attack by the Joker and her recovery seem like a lot to fit in just a year… well, it’s best not to think about it all too long, or I’ll just end up with a headache.

Birds of Prey #0 ends with a little twist and setup for the future, so it’s worth picking up if you already have the series on your pull list.

Wonder Woman may be busy with Superman off in Justice League but she’s also back to old stomping grounds, having landed the cover of the 40th anniversary issue of Ms. Magazine. The cover is a homage to the first issue of the magazine, which also featured the Amazon Princess: Perhaps Gloria Steinem will weigh in on the changes to Wonder Woman’s origin, which now include her as the illegitimate daughter of Zeus and in which the Amazons have changed from a peaceful culture to one that depends on seducing unwitting sailors and murdering them after.

Special Deals this Week on Comixology

Thanos 99 cent Sale (ends at 11pm EST on 9/27) – If you’ve never read about Thanos, this is the perfect time to pick up some digital reads about one of the most popular villains in the Marvel Universe. 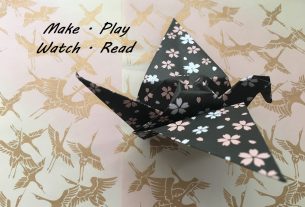 Make/Play/Watch/Read: For the Games of Japan