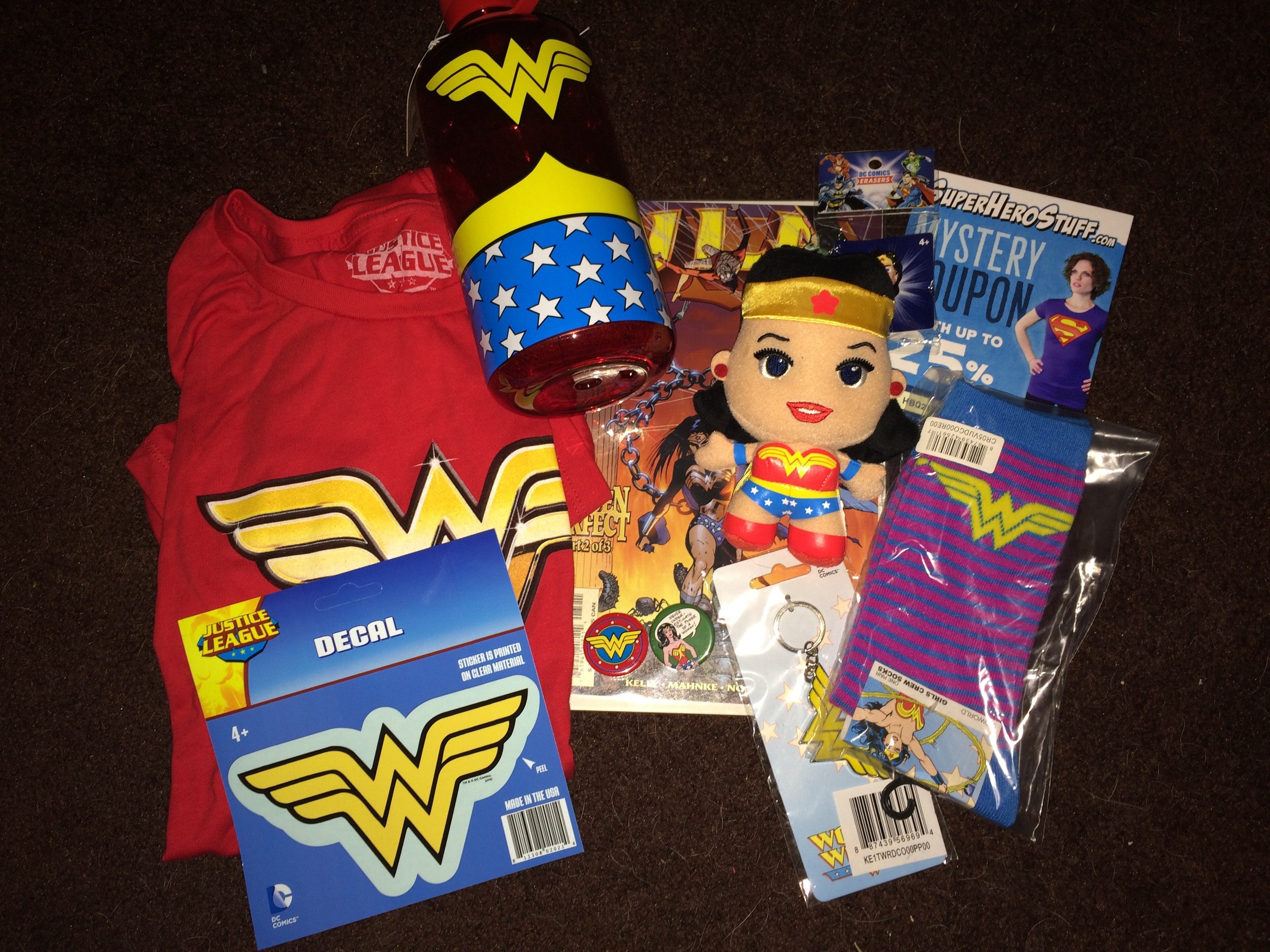 Loot crates are all the rage now. So when I saw the Wonder Woman hero box on Superherostuff.com, I decided to join the throng and see what the fuss was about, especially as it was advertised as $70 worth of stuff for $49.

I have two major thoughts on the Wonder Woman box.

One, there is awesome stuff and I’ll use every bit of it, especially the keychain and the water bottle, which will see daily use. The Wonder Woman doll will go on my writing desk, where my collection of Jim Gordon figures will be her Queensguard. Diana can also chat with my Nora Roberts bobblehead and roll their eyes at the world ruled by men.

Additionally, there was the fun of opening it, as you can see in the video, which features guest appearances by two of my minions and Smokey the cat. I apologize for the flip halfway through. I blame the cat, who had to get in on the action. I had to adjust my camera hand to shoo him away.

Second thought: The box is a bargain, but not spectacularly so. I’m a frugal New Englander. What I consider a bargain is the $60 I paid for $180 worth of clothes at the Bon Ton Department store after-Christmas sale. This box would have to be priced much lower, between $20 to $30 for me to rave about what a bargain it is.

But it is a great loot crate and does provide value for the cost.

This would make a tremendous gift for Mother’s Day, birthdays, and holidays. My kids wanted to divide up the stuff once we opened the box, but it’s mine, all mine.

Superherostuff.com also offers hero boxes for lots of DC and Marvel Heroes, as well as limited-edition boxes, such as this month’s box for Marvel’s Secret Wars.

GeekMom received this item for review.