Sophie’s five year old son, Fin, has become singularly obsessed with cat stories for several months, and between them they have almost exhausted their local library’s supply on the subject! His favorite book so far has been My Cat Jack by Patricia Casey which looks at the day-to-day activities of a pet cat with beautiful and realistic illustrations. Fin loved it so much they had to buy a copy to keep. Fin has also fallen in love with Mr Pusskins: A Love Story by Sam Lloyd, the first in a series about an especially ornery cat; The Diabolical Mr Tiddles by Tom McLaughlin, a cat who goes to extreme (and illegal) lengths to prove his love; And Max the Brave by Ed Vere, which introduces the fearless mouse-catcher kitten Max.

Being a cat-lover herself, Sophie has her own favorite cat stories from the bunch. Gracie, the Lighthouse Cat by Ruth Brown is a cat-centered retelling of the true story of Grace Darling, an English lighthouse keeper’s daughter who spotted a shipwreck and helped her father rescue many of the survivors during gale force winds. The real story plays out in the background of the book while we follow the lighthouse cat in her daring rescue of one of her kittens. Another true story that caught her eye was My Name is Bob by James Bowen, a picture book version of A Street Cat Named Bob which told the story of a homeless man who befriended a local cat and had his life changed as a result. However her favorite cat story so far has been Cat on The Hill by Michael Foreman. This is a somewhat sad story about a cat whose owner passes away and is left to fend for itself in a small, coastal town—however it does have a happy ending! The book really appealed to Sophie as it was set in the same town, St Ives, that she used to vacation in as a child.

There are so many more cat stories Sophie and Fin love but she has to particularly recommend Keith the Cat with the Magic Hat by Sue Hendra, The Tobermory Cat by Debi Gliori, the Slinky Malinki series by Lynley Dodd (author of Hairy Maclary), and the Mog series by Judith Kerr.

Kelly’s daughter’s eyes light up when any book they read follows the exploits of a mischievous kitty, so picking up There Are Cats in This Book was a no-brainer. She was delighted to read about not one, but three silly cats, each with personalities that practically leap off the page. The book is wonderfully interactive, inviting young readers to play with the cats as they turn the page to see what the funny felines are going to do next. If your kid has ever wanted to play and get silly with a friendly cat, this book is the next best thing.

As far as funny animals are concerned, Ariane thinks author-illustrator Melanie Watt is queen. She has three hilarious books about a mischievous house cat named Chester, who acts not unlike a boisterous preschooler. In his debut title, Chester arms himself with a red marker and takes over the author’s story about a mouse. He is determined to make this story about him! Chester and the author then proceed to have a bit of a power struggle over whose story this is, and we’re left to wonder until the end who will have the last laugh.

Two more funny books somewhat indirectly about cats are When the Silliest Cat Was Small written and illustrated by Gilles Bachelet, and Detective LaRue: Letters From the Investigation written and illustrated by Mark Teague. I say indirectly because When the Silliest Cat Was Small seems very much like a cat book except the kittens on the cover are… elephants? The confusion only leads to hilarity and lots of giggles from Ariane’s 4-year-old. As for Detective LaRue, the main character is actually a dog trying to incriminate two obviously guilty cats. If you like your cats evil, this book is a fun read.

Finally, Ariane found two interesting books about the legend of the Japanese lucky cat, Maneki-neko. The folklore dates back to the 1800s and many versions of this story exist today, as displayed by these two books with very different tales. I Am Tama, Lucky Cat, written by Wendy Henrichs and illustrated by Yoshiko Jaeggi, tells the story of a cat beckoning to safety a soldier, who repays the kindness and saves the cat’s owner from poverty. In The Beckoning Cat, written by Koko Nishizuka and illustrated by Rosanne Litzinger, the cat beckons shoppers to a boy’s home so the boy can sell his fish while taking care of his sick father. Personally Ariane preferred the first of the two, but either way her cat could use a lesson or two from Maneki-neko.

So, dear readers, does your family have any favorite picture books about cats? 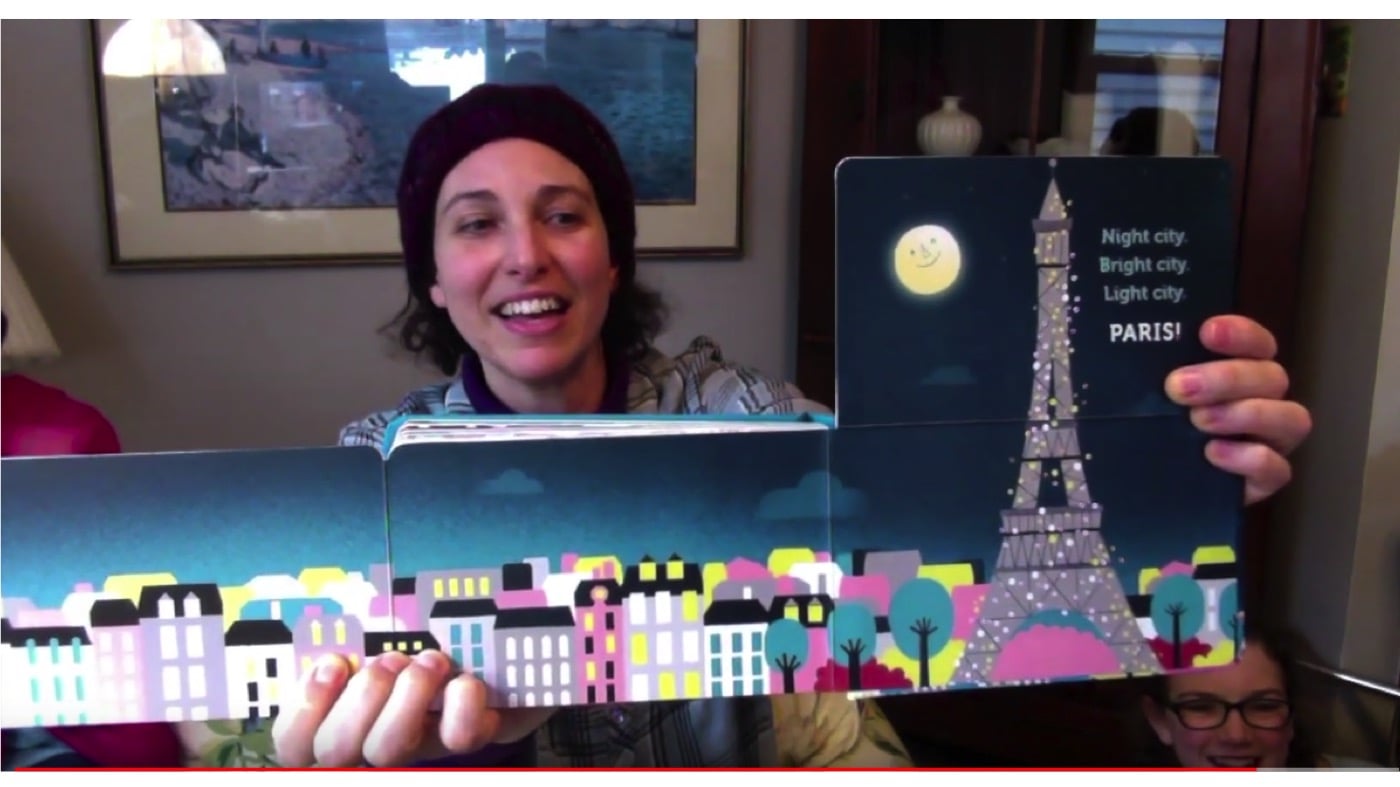 There’s No Wrong Way to Write a Review