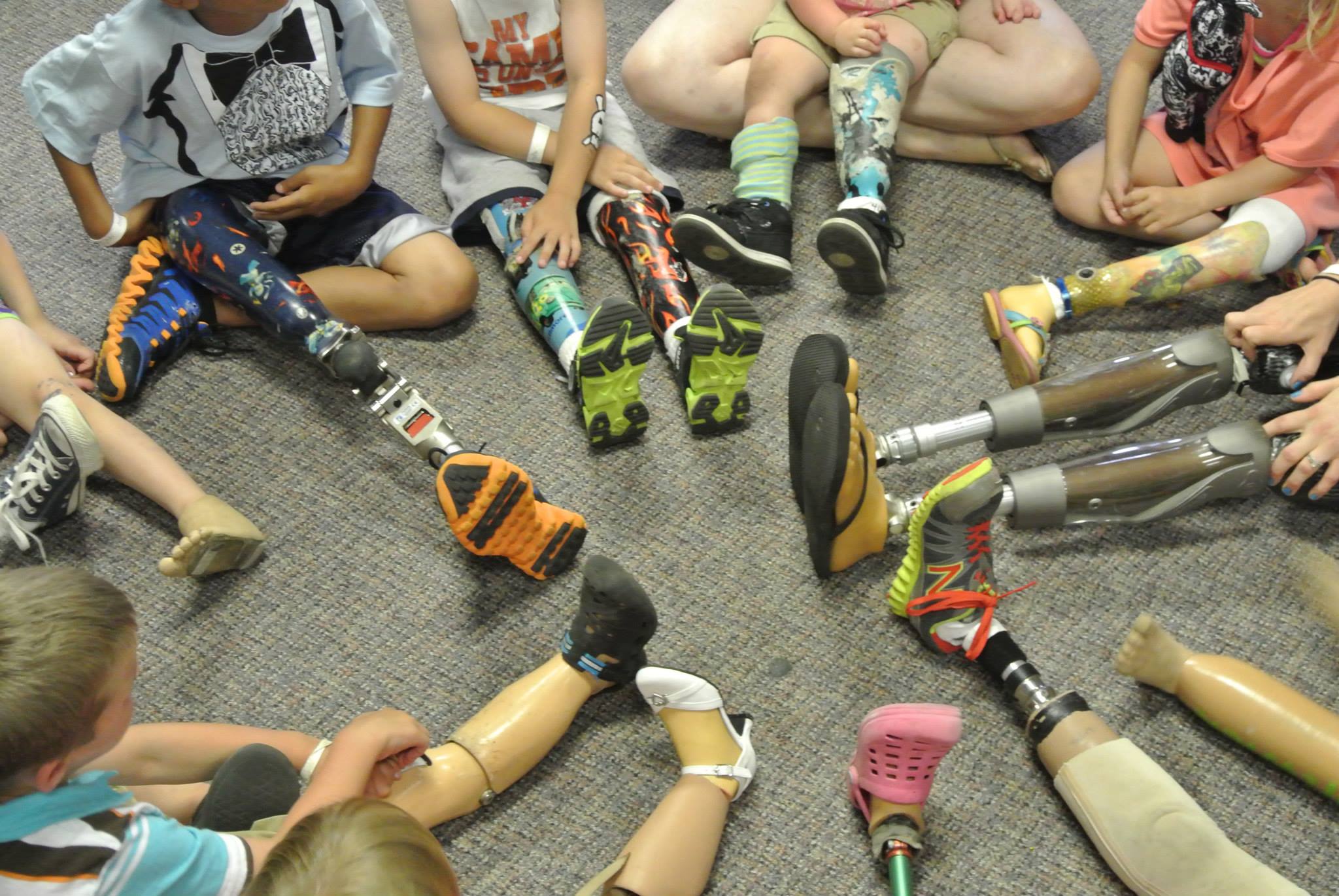 I’ve been an amputee for nine years. Since the day of my surgery I’ve been secure in my new identity as a one-legged woman. I put up with a deformed foot for way too many years, so my new bionic one was an improvement.  Being involved in the amputee community for almost a decade has opened my eyes to the changes that have come about in that very short time. Not just changes in prosthetic design and technology, but changes in the public’s perception.

When I was a child, I was barely aware that amputees existed. They were not in the media. They rarely showed off their artificial limbs. There was a stigma attached to being an amputee. The dictionary description for the word “disabled” pretty much summed up how people looked at amputees— “unable, unfit, weak, and crippled.”  The few times they showed up in movies, they were always bitter, inactive war veterans. They were never depicted as having active, productive lives.

But in the nine years that I’ve been an amputee, things have changed. Many amputees are no longer trying to hide their artificial limbs or striving to make them look as real as possible. Finally we’ve come to a point where amputees are actually using their prosthetic sockets to express their personalities.

My first artificial leg had the Seattle Seahawks logo laminated on the inside. The outside was a nice light tan color, because I wanted it to match the color of my real leg, when it was tan in the summer (when I wore shorts the most). But I’ve never shied away from decorating my socket.

As I type this there are two stickers on my leg: One on the front, one on the back. They are the logo for my book and website. Since most people tend to sneak a peek after I’ve walked past, I try to have something fun on the back of my leg. Last year I had a kitten sticker—the kind that people put on the back of their cars to show how many kids and pets they have. My last leg, which now has a place of honor in my bedroom, has the autographs of all the members of my favorite band.

A few months ago I came across a TED talk by Aimee Mullins. Aimee lost both of her legs, went on to be a Paralympic  runner, and is now a model and amputee advocate. This video is eye opening. She talks about the variety of specialty legs she has, from hand carved wood limbs made of solid ash, to glass sculpture legs. Of course she doesn’t wear those legs in everyday life. But the point is, she has them, and she can express herself through them. Instead of hiding the loss of her limbs, she’s used their loss as a way to showcase art that interests her.

She sees her limbs as wearable sculpture. One of my favorite quotes from her lecture is, “It is no longer a conversation about overcoming deficiency. It’s a conversation about potential. A prosthetic limb doesn’t represent the need to replace loss anymore. It can stand as a symbol that the wearer has the power to create whatever it is they want to create in that space. So people that society once considered to be disabled can now become the architects of their own identities and indeed continue to change those identities by designing their bodies from a place of empowerment.”

Yes. A thousand times yes. Sure, by now everyone’s seen the running blades that are available to amputee athletes. Oscar Pistorius did a great job of showing how able a man with two missing legs can be. But when you take it a step further, and talk about creativity and self expression, it’s a new conversation.

Aimee tells how one of her friends was actually jealous of her new legs; Aimee had asked for her new prosthetics to be taller, so she could be taller. Her friend told her it wasn’t fair that she got to pick her height.

I think the same could be true for the art that amputees are now putting on their sockets. I’ve seen some pretty amazing designs online. Google ‘prosthetic tattoo’ sometime. You’ll be amazed. To me, it’s much like choosing a tattoo. Except that as an amputee, I get to change the tattoo if I outgrow that design in a few years. When it’s time for my prosthetist to make a new socket, I can have him laminate on a design that represents whatever I happen to be geeking out about at the time.

For everyday customization, I can order a stretchy socket cover from a company called Fred’s Legs. There are dozens to pick from and I can find just about anything that fits my mood on any given day.

This post is the first of a series I’m writing about how the perception of amputees and prosthetics is rapidly changing. The first step is feeling secure enough in an artificial limb to feel comfortable showing it off. One of the biggest benefits of this new era is that by drawing attention to our limbs, the public becomes more relaxed about asking about them. Most people shy away from inquiring about my metal ankle. But when my socket is covered with a crazy design or splattered with bright colored stickers, they realize I’m secure in it and they’re more open to asking me about it.

I love showing it off to kids who are curious. They often stop and squat behind my leg while I’m standing in line at the grocery store. They’re just trying to figure it out, and I love helping them understand it better.  They get especially intrigued when I take off my tennis shoe and show them my plastic foot, complete with dirt between the toes. I have no hesitations about sharing my leg, and my story, with anyone who cares enough to listen because I feel like the more people (especially kids) understand about my leg and how my life is very much like theirs, the more the stigma of disability goes away.

I’ve collected a few amazing socket designs from fellow amputees, and would love to share them with you. Again, realize that these designs are not just limbs, they’re art. They can be changed out in a few years, if their wearer tires of them. Try not to be jealous.

Review: How to Trap a Zombie, Track a Vampire, and Other Hands-On Activities for Monster Hunters