The GeekMoms have taken advantage of Spring Breaks and Easter holidays to get some reading in. This month their selections include math in The Simpsons, a mysterious town in Idaho, YA science fiction, and a teenage girl from Japan determined to chronicle the life of her great gandmother.

Believe it or not, Patricia had written about a book in a November 2013 Between the Bookends that she didn’t get to finish until this month! Simon Singh’s The Simpsons and Their Mathematical Secrets plays fantastic homage to the geekiness that is the writing team for Fox’s longest-running show, The Simpsons. As a huge fan of The Simpsons, as well as a math teacher, Patricia was set! The book is presented in a historical context, and the mathematics referenced throughout the show is thoroughly explained, in case you aren’t quite versed in Mersenne primes or the most recent status of Fermat’s Last Theorem. In addition, Singh is sure to explain every single joke, right down to the punchline. Serious fans of The Simpsons might get annoyed over time with the punchlines being presented, as I have been, but in general, it’s really cool to see a consolidation of 25 years of the show’s math jokes. About two-thirds of the way through the book, it suddenly flips to the math jokes in Matt Groening’s Futurama, which will be an nice surprise for Futurama fans. I’d argue that many of the hidden jokes in Futurama are more clever than the ones in The Simpsons. This book will make a fantastic gift for the math (or The Simpsons… or Futurama) geek in your life.

Patricia also had the chance to read Laura Hillenbrand’s amazing biography Unbroken this past month. This is the book from which the movie of the same name is based. She was inspired by the freshman Air Force Academy cadets she taught last fall, who have dedicated the Academy’s Class of 2018 in Louis Zamperini’s honor. This is one of those books you can’t put down! The kids basically were making their own dinners during Spring Break while she was sitting on the couch devouring page-after-page.

The story chronicles Louis Zamperini’s amazing life. Hillenbrand starts at the beginning with Zamperini’s childhood in Torrance, California, going from being a troublesome youth to a first-class track star, breaking NCAA records while running for USC. When World War II broke out, Zamperini followed in the steps of millions of other men and joined the service, serving as a bombardier for the Army Air Corps. After being shot down and floating at sea in a raft with two fellow aircrew for over 40 days, he’s taken prisoner by the Japanese and ends up in a POW camp till the end of the war. The accounts are vivid and harrowing. I was pretty emotional towards the end, especially with the account of Zamperini’s post-war life. Some of the accounts seem too-good-to-be-true, but know that this book was incredibly well-researched, from interviews with Zamperini himself as well as his family, friends, and colleagues. Even the accounts of some of the Japanese running the POW camps are based on primary sources. As Patricia would say about an outstanding Airman: Highly recommend!

Finally, Patricia wanted to share another inspiring book she read this month: Wild by Cheryl Strayed. The autobiography chronicles Strayed’s 1100 mile hike along the unforgiving Pacific Crest Trail. Patricia had dreamed of hiking the Appalachian Trail for decades, but admits she had never even heard of the AT’s sister trail on the west coast until she had heard of the movie version of this story starring Reese Witherspoon. After several years of struggle in her marriage and with the loss of her mother, she decides to sell her belongings and invest in hiking equipment. She flies and then hitchhikes her way to the trailhead in the Mojave Desert and embarks on a physically and mentally grueling journey. Strayed “almost quits” so many times Patricia nearly lost count, but throughout she’s rooting Cheryl on! The descriptions of the terrain, creeks, lakes, people, and even her black toenails are well-described. Patricia is inspired to continue with her hiking goals after Wild.

Rebecca Angel enjoyed A Tale For The Time Being by Ruth Ozeki. It was her bookclub selection and although having finished it two weeks ago, she is still thinking about this moving and original story. Ruth, a woman living on a remote island in Canada is stuck, lost in her life and career. She comes upon “trash” washed up on the shore, and finds treasure: a Hello Kitty lunchbox from Japan containing a diary, letters, a watch, all from a young girl in Japan named Nao. This girl is dealing with bullying at school and a suicidal father, but wants to write the story of her great-grandmother’s life: a 104-year old Zen Buddhist nun. The novel goes back and forth from the diary, and Ruth’s obsession with finding out the truth behind the washed up treasure. A Tale For the Time Being took Rebecca on a journey she is still traveling. Highly recommended!

Sophie read Pines by Blake Crouch, the first book from the Wayward Pines trilogy that begins as a new TV series on Fox in May. She read the whole book in less than two days and found that she could not put it down. The book was intense, occasionally scary (the town “fete” scene had her heart racing throughout), and kept her guessing right until the big reveal. Sophie reads so many genre novels that it’s rare for her to find something where she cannot figure out what’s really going on in advance, so for doing that she gave the book full marks and cannot wait to start the next one in the series.

She also finished The Help by Kathryn Stockett and found that she loved it despite the book being far from the kind she would normally pick up. She found the characters all engaging and the frequent switching between different points of view made her eager to continue reading so she could rejoin a character and find out what happened next. The book managed to walk the fine line that kept it light hearted, fun, and easy to read whilst never allowing the touchy subject matter of segregation in 1960’s Mississippi to to be treated flippantly.

Her final book this month was Keith R. A. DeCandido’s Sleepy Hollow: Children of The Revolution, a spin-off novel from the Sleepy Hollow TV show. The book focuses on the witch Serilda and her coven, the remnants of which are attempting to resurrect their leader by stealing six magical artifacts known as the Congressional Cross. The book blended real history with fictional events so smoothly that Sophie, who is British and therefore was never taught American history in school, struggled to work out exactly where the boundary between fact and fiction lay.

Fran is re-reading the (now Aurealis-award-winning) Kaleidescope: Diverse YA Science Fiction, edited by Julia Rios and Tansy Raynor Roberts. She picked it up again because she heard author E.C. Myers read his short story, “Kiss and Kiss and Kiss and Tell,” at an XPN-live reading and remembered how great the collection was. Additional favorites include Shveta Thakrar’s “Krishna Blue,” Amal El-Mohtar’s “The Truth About Owls,” and stories by John Chu and Garth Nix. She is also still reading The Poisoner’s Handbook: Murder and the Birth of Forensic Medicine in Jazz Age New York, by Deborah Blum, an early (GREAT) copy of Max Gladstone’s Last First Snow and Ken Liu’s The Grace of Kings.

And, since it’s national poetry month, she feels free to share this secret with you… a few weeks ago, she signed up for the Academy of American Poets’ Poem-a-Day email service and it has been absolutely lovely waking up to a fresh poem each morning.

Copies of some books have been provided for review purposes. 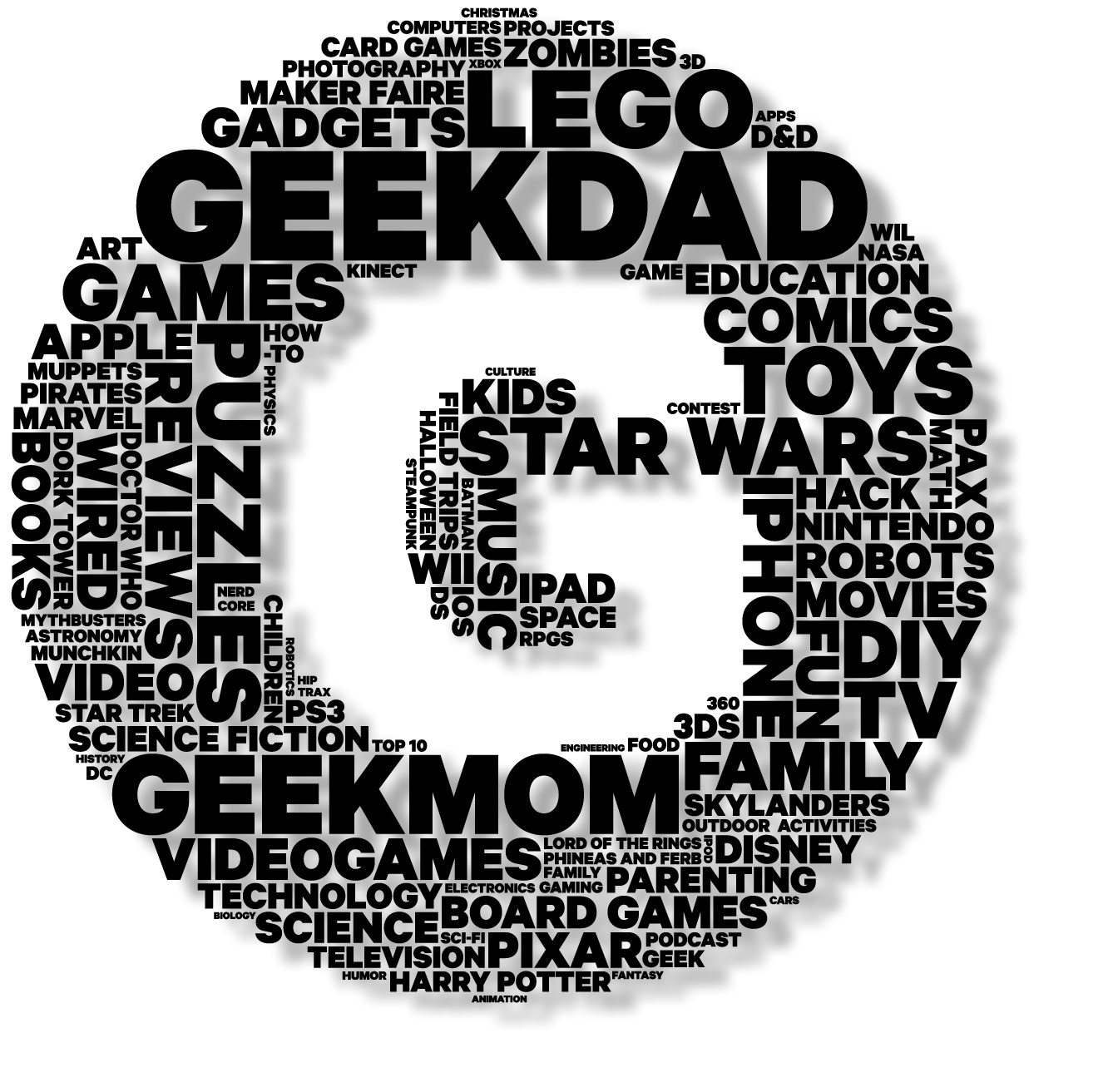