I’ve been attending conventions in costume for five years now. I’ve had a lot of fun and I’ve also learned quite a few lessons.

Focus on one build at a time.
Focus on completing one costume before starting on another. If you start looking for next year’s ideas now, you won’t get this year’s build done. Give yourself time after the convention to think about what you want to do next year, and then do it.

Put your entire costume on at least a week before the convention.
Don’t try out a new costume at a convention without wearing it for a few hours first. This allows you to work out any kinks and make any adjustments.

Call your local comic book store and see if they will let you make an appearance in costume for a few hours to get a feel for everything. This will also help you get used to people looking at you and asking for pictures.

Practice makes for perfect pictures.
Every costume has its limits when it comes to mobility and posing. Try your poses out in front of a mirror or with someone taking your picture. This will allow you to become comfortable in the poses and be quick to strike one when a photographer asks for a photo.

Set a budget and bring cash.
Not all the vendors take credit cards because most conventions make them pay to use the internet in the vendor room. Take enough cash to cover what you must have and then use credit for the little things.

Be aware of your surroundings and who is pointing a camera at you.
While cosplaying as Aayla Secura at MegaCon in 2013, a fellow 501st Legion member was helping me to adjust the top half of my costume. In her words, “It looked like I had been punched in the chest.” Where she had her hand would have looked strange if you didn’t know I had a shirt on under where her hand was. Out of the corner of my eye, I saw a flash go off and a photographer with his camera pointed in my direction. I’m not sure if I was the intended subject or not, but either way, I just allowed myself to be photographed in a compromising way. If you need to make costume adjustments, the best place to go is in the bathroom or behind a curtain of a booth. If neither of those are easily accessible, get a group of friends to surround you while you make the adjustment.

Don’t just hang out in the vendor room or at the panels.
Past years I’ve noticed that I don’t have as many pictures of my cosplay circling the internet as I had hoped. This was because I spent 99% of my time in the vendor room and not in the hallways where all the photographers hung out.

At all the conventions I’ve been to, you don’t have to pay to enter the convention center itself. You only need to pay if you’re going to a panel or into the vendor room. A lot of photographers would rather just spend their time walking the halls for cosplayers rather than in a crowded vendor room with limited lighting and space. After a photographer takes your picture, make sure to ask for a business card to find them later.

Do not be afraid to defend yourself or say no!
This is a big one. Last year, I was in my Robyn Hood (Zenescope) cosplay and a guy walked up and not only looked down my shirt the entire time he was talking to me, but also decided it was appropriate to play with my belly button ring, while asking if it was real. You’d think I’d have slapped the stupid look on his face, but instead I was too stunned to do anything. I looked at him as a “special kind of stupid” and moved on, while wondering how I should have handled that situation without overreacting.

If you are not sure you have the voice to tell someone to stop something, have friends that are not afraid to speak up and tell people to back off.

Go with a friend.
Having a friend nearby not only makes the convention that much more fun, but keeps you that much safer if something happens.

True story – I made the mistake of wandering a convention by myself in Aayla Secura and after four hours, my head was hurting so bad, it felt like Iron Man and the Hulk were going at it in my skull. It took me over 45-minutes to walk a 20-minute span of space to my hotel room because I was stopped so many times trying to escape. If I had listened to my friends at the 501st Legion booth and just stayed by them, I would have gotten out of pain much quicker and with less attention.

Have a “non-costumed” day
I love wearing my costumes, but they can get tiring while trying to enjoy the vendors room and going through the massive amount of comics on sale. I give myself one day of the convention to relax in regular clothes and scope out the sales and take pictures of other cosplayers. I usually make this the last day of the convention since most people wear their hardcore costumes on Saturday. I also have an “easy day” costume for Friday’s when I’m getting the layout of the land.

Hydrate the night before and the day of (and I don’t mean with alcohol or sugary drinks).
Don’t think that just because you’re indoors that you don’t need to hydrate as often. Drink only water the day before you get dressed up and drink only water or the occasional sports drink the day of. This will keep you feeling great while looking awesome in your build.

Have fun and be safe!
Regardless if you bought your costume, are going in casuals, or worked for months to get that perfect look, have fun with it! Take pictures, talk to other convention-goers, and let your geek flag fly.

Remember! It doesn’t matter why you are at the convention or how you got there. The most important part is to have fun and be safe while doing it. Use your common sense when walking to and from your car or hotel and have a meet-up spot in case you get separated from your group. If you have kids with you, write your contact information on their wrist so they can show security if you get lost from them.

Do you have any advice for convention attendees? Let’s hear it in the comments! 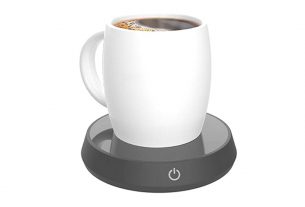 1 thought on “Lessons Learned From SciFi and Comic Book Conventions”