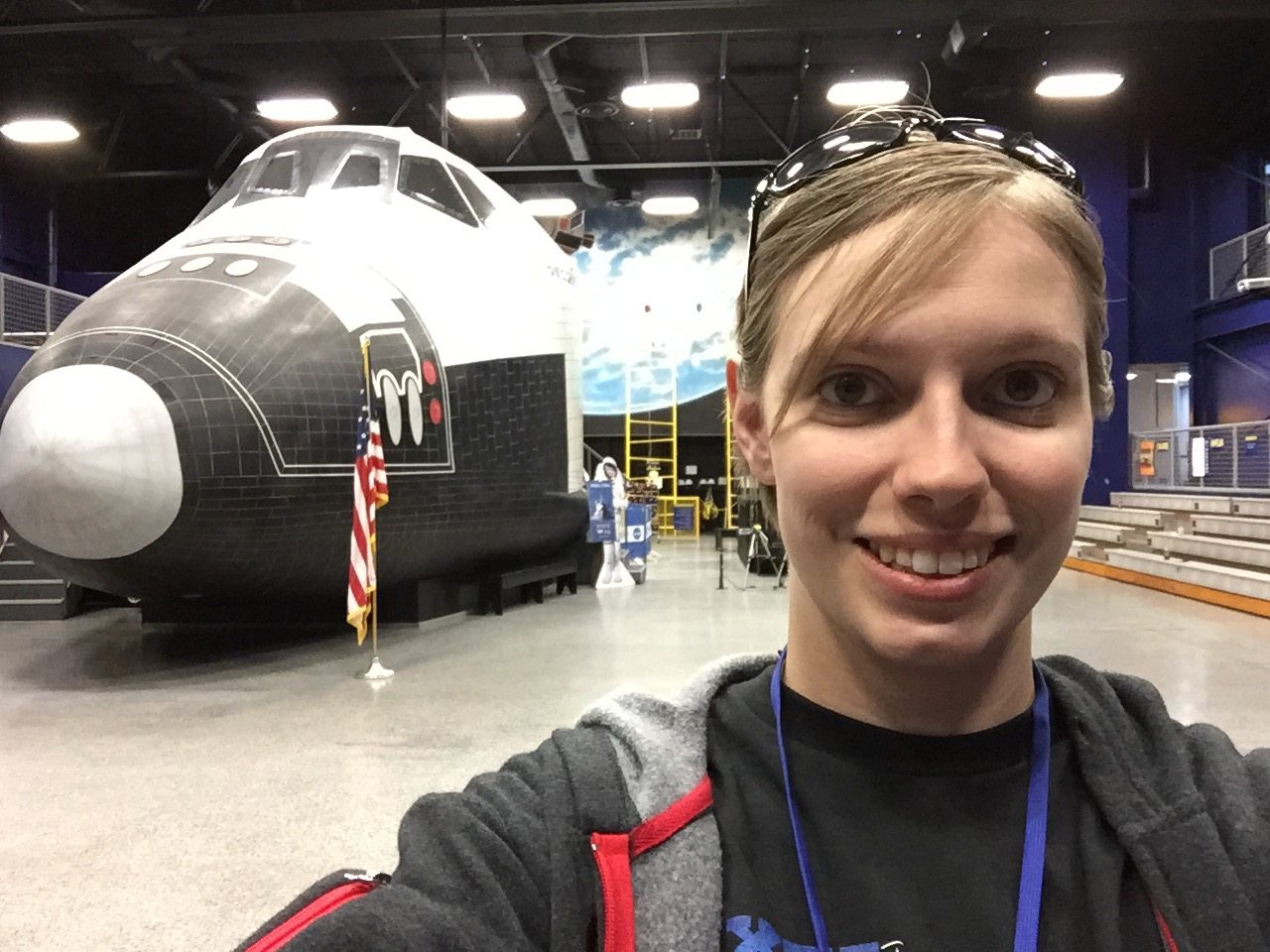 Over the past year, my son has really gotten into space science. Since we live in Florida, there’s no better place to learn about the wonders of space and space travel than the Kennedy Space Center Visitor Complex in Port Canaveral. Thanks to an invitation to the Astronaut Training Experience, my entire family was able to live the astronaut life for a day.

The Astronaut Training Experience (or ATX as I’ll be referring to it in this post), is a half-day program that gives you a small taste of what it’s like to train like an astronaut and be a part of a real shuttle mission.

There are three ATX programs to choose from:

When we arrived at the Astronaut Hall of Fame, where the training was to be held, we were greeted by one of the trainers and given our ATX mission shirt, hat, and badge. Once we changed into our new gear and put up our belongings in a locker, we were ready for mission training.

I know it was only a t-shirt, but it made us feel more like real trainees than just visitors.

My husband and son wasted no time hitting up the free snacks and sodas waiting for us on the training room floor. I decided to take a quick walk around and after seeing some of the simulators, decided water and an apple danish was the best option for my stomach.

At 9 AM, we were taken into a training room for our pre-mission briefing with one of the trainers and Astronaut Sam Durrance. Hearing him talk about his experiences was far more interesting than I thought it was going to be.

Sam was a Payload Specialist and flew on three shuttle missions, including a mission piloted by one of the last remaining Apollo astronauts. He was responsible for helping build the Hopkins Ultraviolet Telescope and the Astro Observatory.

I found it interesting that it took him 12 years from starting his work on the telescope to boarding the shuttle for his mission.

During the question and answer part of the briefing, my son was curious about the same thing most 9-year-olds are curious about…”Is there WiFi on the space station?” The answer was, “Yes and no. We are never out of communication with the astronauts.” When he expressed why he wanted to know, Sam laughed and asked if he would rather be on his iPad or looking out the window? Of course, Brandon agreed that looking out the window would be pretty cool.

After our briefing, we had a short picture session with Sam and then our four families became two shuttle mission groups. We were put in Mission Delta with Mission Leader Rena and a family of four from the United Kingdom.

For our first task, we were taken into a very small room that reminded me of my first computer class in kindergarten. Stations were set up with two positions at each; one for the Commander and one for the Pilot.

This was a challenging and fun way to get our feet wet. This exercise was important because the person with the best score would be the Commander in the mission simulation later on.

Brandon was a bit joystick happy when it came to landing, but he still managed to get us down on the ground without crashing us into an alligator pit.

Once everyone had a chance to do the simulation a few times, it was on to tour our shuttle.

The first thing you notice when walking into the training area is the massive replica of the orbiter in the middle of the room. The scale is very close to the real thing and we were able to go inside and explore. It reminded me of a very tiny playground. I can’t imagine living in such a confined space for days with other people.

This is where my anxiety with ladders and heights kicked in. I braved my fear and climbed inside the top area, which in my opinion is not meant for anyone with long legs.

Our Mission control training was another experience that I found to be a really cool experience.

Before any training could begin though, we were assigned our roles in the most scientific way possible. We drew names out of a hat.

The Commander was the only position that our Mission Leader decided and it was based on who had the highest score in the simulator training.

In the family ATX program, the trainers like to have all the kids in the orbiter and the adults in Mission Control. My husband, being a kid at heart, was able to get a seat on the orbiter with our son as Mission Specialist 1 and 2. I was given the role of Flight Dynamics Officer (FDO, pronounced FIDO), which turned out to be more challenging than I originally thought it would be.

My role had a lot of reading on various screens with more numbers than I thought there would be. It was challenging to read my part in the script and get the numbers in a timely manner. Of all the mission control positions, I think I had the most reading and screen changing to do.

With our mission a complete success and everyone hyped up from the experience, we were ready to do some astronaut training simulations!

The first area up for training was the Multi-Axis Trainer (MAT). The MAT simulated what an out-of-control flight was like and helped to train the astronauts to regain control of the capsule, using the joystick attached to their seat. It was mostly used for the Mercury missions and proved to be a valuable tool for the astronauts.

Later, the original intent of the MAT was lost in translation: Some astronauts would treated it like a game and ride it over and over to see who would last the longest without throwing up. Once they got sick, they would get back on and try again.

The Zero G wall is a 50 foot high ladder-like structure with a pulley system. Before you are suited up, you are weighed so that your weight can be matched on the other end. With the weights balanced, you get the feeling of zero G.

The Zero G wall was Brandon’s first pick and I was happy to watch him go first before I jumped in.

At 3:51 in the video, my son loses his grip and as a result, laughter ensued.

After he got his feet wet, he asked to go again and this time he went so fast up and down, they had to tell him to slow down. Watching him zoom up and down reminded me how little fear he has.

Once he was done, I decided to overcome my fears so I could properly tell you all about it here (see how much I care about you?). Let me tell you, 50 feet doesn’t look so high up from the ground, but once you’re at the top, it’s not for the faint of heart.

Next up was the Multi-Axis Trainer. Instead of the single seater rig, we were allowed to climb into the dual seater version. In order to participate in this one, you had to be free of heart, back, neck, and any other conditions that would prevent you from riding a roller coaster.

Gosh golly gee whiz, that meant I couldn’t do this one due to medical reasons <dodged that bullet>. Instead, my husband and son were more than happy to do this one for me.

With everyone surviving their training, we moved on to the next and final task of our day.

Our Mission Leader acknowledged that the activity was more for the younger children and my son’s enthusiasm proved that to be true. Even though it wasn’t as exciting as the mission control simulation or climbing the zero-g wall, it was an easy and relaxing part of the day.

The best part is that it’s easy for you to recreate at home.

Here’s what we did:

During our humble graduation ceremony, everyone was recognized for their position in the mission simulation and received a certificate of achievement, a signed lithograph of Sam Durrance, a desk paper model of the Orion capsule, and a pen (to fill out a survey with).

Following graduation, we were given access to the Astronaut Hall of Fame. This is where Brandon’s attention span dropped like a rock.

The Hall of Fame is divided up into two parts. The first part is the artifacts and historical side of things. The second is the Hall of Fame itself with plaques representing the astronauts who have been inducted as Hall of Famers.

It only took about 15 minutes for him to tell me he was “NASA out” and ready to go home. Translation: his brain didn’t want to learn anymore and he was ready for some non-educational play time.

There isn’t much to do for kids in the Hall of Fame, but if you can get them to look at some of the artifacts, they’re really cool.

When it came to looking at astronauts inducted into the Hall of Fame, Brandon really wanted to find the plaque that belonged to his favorite astronaut, Neil Armstrong. It took a few minutes looking around until we finally found him in the middle left aisle.

My husband is a big history geek and he could have spent all day in the exhibit. I’m interested in the quirky parts of history. I saw a lone display about patches that I found really interesting. I collect patches from fellow 501st Legion areas and events and the history of the astronaut patches was very interesting to me.

Compared to the Visitor Center, the Hall of Fame is quieter and more of a museum. There was so much to see and read, we ended up spending over two hours inside.

If you don’t think your child will be easily entertained by the history in the Hall of Fame, I would consider bringing a quiet toy of some kind and setting them up in the room you are walking around in. Each of the areas in the Hall of Fame is spacious and they have plenty of seating area for kids to read or play on a tablet while you look around.

At the end of the day, I felt we had a nice balance of fun learning and history. Brandon had so much fun, he wanted to know if we could do it again soon. I’ll be sure to keep updated on everything they have going on so our family doesn’t miss a moment of space exploration action.

Disclaimer: GeekMom was given free access to this experience.

Stars Wars 3D, I’ve Got A Bad Feeling About This 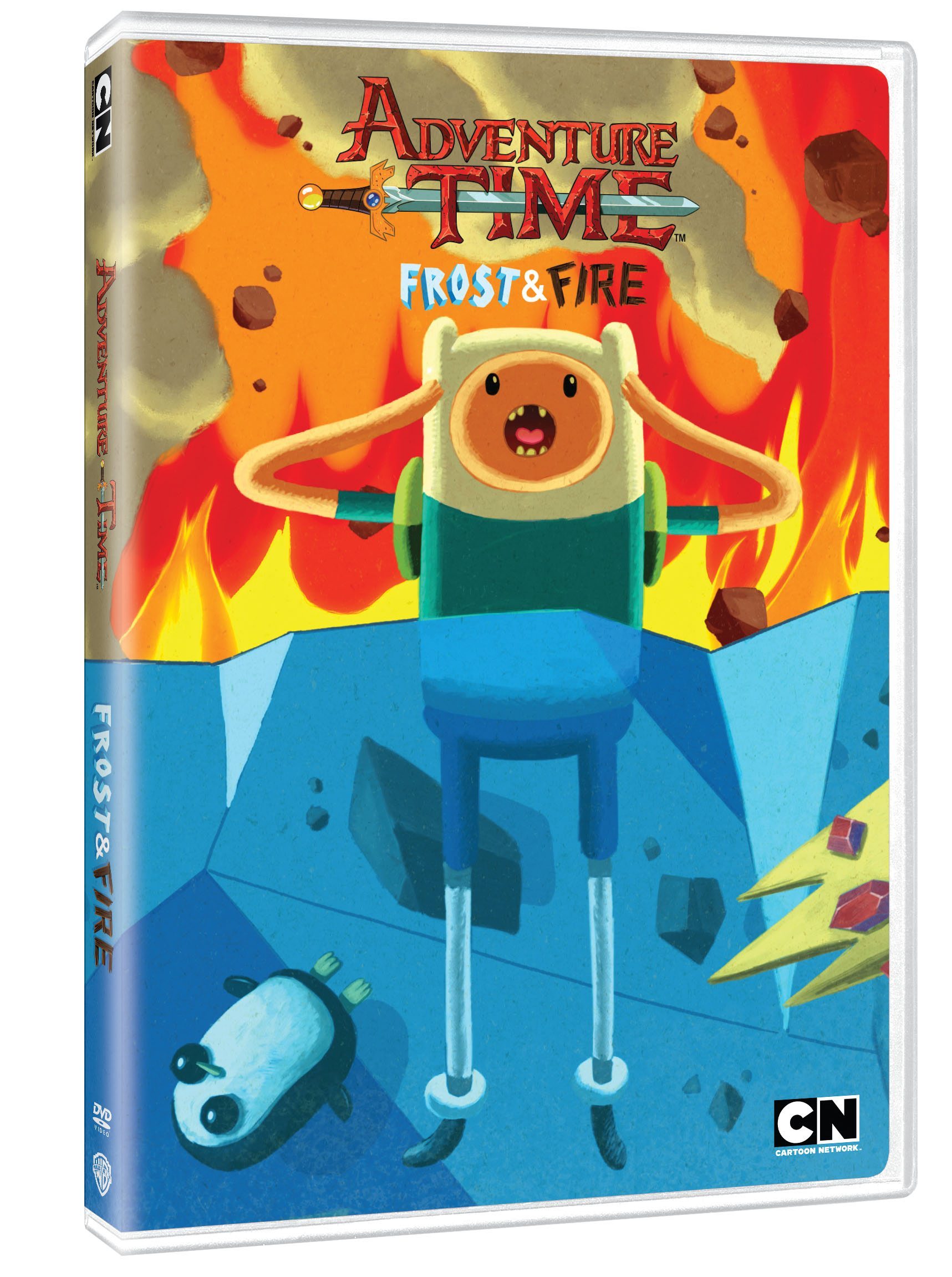 The Sky is Falling! Asteroids and Meteors on the Same Day!