Happy Comic Release Day! Welcome to another installment of GeekMom Comic Book Corner, where we recap our adventures in comics for the week. This week we take a walk with a snowman and check out the darker side comics with Futures End, Master of the Occult, The X-Files, and more!

I’m going to lump in Earth 2: World’s End and the apostrophe-less Futures End together because I read them back to back and they somehow seem part of the same story. In a larger sense, they are, as Futures End takes place about five years after the events of World’s End. But in an entertainment sense, they’re even more similar, because they’re both about worlds where horrible things happen, where people are dying by the hordes, and the ultimate evil apparently can’t be stopped, even if small victories are won.

It makes for a nihilistic reading experience, though it can have moments of interest here and there, such as Lana Lang mothering the uber-powerful Fifty-Sue in Futures End or the final death of Superman in Lois’ arms in World’s End. But, eventually, our heroes will lose. Or they’ll get to the end and DC will push the reboot button and wipe away both stories to some new universe. If you like to see heroes and worlds falling apart, these are the books for you.

Age recommendation: DC has these at Teen plus.

Conan and Red Sonja both owe their existence to Robert E. Howard. Sorta. Conan is a direct creation, Red Sonja was inspired by a Howard character and the rights to her stories are elsewhere. Which explains why Dark Horse and Dynamite Comics had to agree first before this barbarian team-up could happen. Whatever legal conditions had to be met, I’m very glad they did because Conan/Red Sonja #1 is a terrific story of our sword-wielding warriors after the same prize. Their intelligence is highlighted as much as their sword-play and the art makes them both look good. Looking forward to #2.

I had no idea what to expect from Doctor Spektor, Master of the Occult #1, which I picked up because Mark Waid’s name was on the book. I give it serious points for not being just another story of an occult hero. Doctor Spektor is the star of a reality show in which he fights the occult for survival and television ratings. A great angle, especially since Spektor crashes hard emotionally after each big mission. The first issue ends on a cliffhanger and I look forward to more adventures.

Age recommendation: Edwards art is stylized rather than gory, so 10 + for serious subject matter.

Wonder Woman is suffering from God of War disease in issue #38, bringing division everywhere she goes. That’s the explanation for the off-balance, incompetent, and whiny Princess Diana we’ve seen so far in the Finch’s run. I suppose I’m supposed to feel bad for Diana but instead I want her to grow back the backbone that she used to have. Donna Troy returns at the end as Diana’s opponent and under the control of the evil traditional Amazons. Wonder Woman seems to get rebooted every few years. I’m counting the days until the next one.

Lisa Tate—Abigail and the Snowman (Part One of Four) written and illustrated by Roger Langridge (Kaboom!)

Ever since the preview for writer and artist Roger Langridge’s Abigail and The Snowman was introduced to readers during the 2014 Halloween ComicFest, I wanted to pick up this four-part tale that reminded me of the kid-and-creature alliance of Bill Watterson’s Calvin and Hobbes.

Poor Abigail is facing the uncomfortable social adjustments of a new school and a new home. She is intelligent and exceptionally creative, but feeling very lonely and isolated. The other children have given her the typical outsider treatment, and she slogs through her first day at school teased and ignored. To make matters worse, her father has just been fired from his new job, forcing him to put their plans for her birthday on hold. Abigail’s only friend in the world is her make-believe invisible dog, Claude. That is until she meets Specimen 486, a Yeti who has escaped the prison of a government facility known as the Ministry of Unusual Phenomena. Well dressed and well educated (unlike those Sasquatch “bunch of hippies”), Specimen 486 quickly becomes Abigail’s new Claude. With a pair of Laurel and Hardy-esque bumbling G-Men in pursuit of their escapee, the next three issues should be quite the riotous romp.

I related well with Abigail, as I always found myself watching the others on the playground, and getting the brush off when trying to connect with new friends. This social disconnect is a condition I know several young people have faced from time-to-time, so this comic will be familiar, humorous comfort to many young readers who might feel they are the only ones to ever feel alone. Who knows? There may be a witty Yeti and adventure awaiting us all someday.

Since acquiring The X-Files license in 2013, IDW has released a number of mini series in addition to its ongoing Season 10 monthly. Today sees the release of the latest addition to the Carter-verse comics as Mulder and Scully’s sister show Millennium gets its first ever comic book release.

For those unfamiliar with the title, Millennium ran from 1996 – 1999 and starred Lance Henriksen as retired FBI profiler Frank Black, a man who sees visions from the killer’s perspective. Not technically a spin-off of The X-Files, the show inhabited the same fictional universe with a few characters occasionally crossing over. Frank Black’s final TV appearance was in a seventh season X-Files episode when the two shows crossed over for Millennium’s finale. The show changed much over the course of its three seasons but much of its focus was on the Millennium Group, a secret society masquerading as private investigators who were actually trying to bring about the apocalypse. They were thwarted by Frank Black, Mulder, and Scully on Dec. 31st, 1999.

Issue #1 of Millennium begins a few days prior to that on Dec. 24th, 1999. In scenes broadly reminiscent of Die Hard, we see an office Christmas party in a New York skyscraper and two men in coveralls arriving to do some work on the servers. The men discuss the way society is crumbling as they attach a device to the wiring. Finished in their task, they take glasses of champagne and look out at the Twin Towers as the first man recites the Millennium Group slogan, “this is who we are.” There’s a nice touch here as we catch a glimpse of the show’s (and the Group’s) logo—an ouroboros—with a quotation from Seneca the Younger. Each episode of Millennium showed a relevant quotation immediately after the opening credits, and the inclusion of that small detail helps keep the vibe of the show present.

We jump forward in time to the present and a parole board meeting for one Monte Propps: a name probably familiar only to die-hard X-Files fans. Propps was mentioned just once on the show during the pilot episode (OK technically twice, that scene was repeated as a flashback in season four) when Agent Scully recalls that Mulder wrote a monograph that helped put him away. We never knew any details of his crimes or his conviction, only that Mulder’s monograph was on serial killers and the occult. Through a series of flashbacks intermixed with Mulder’s statement to the probation officers, we learn the horrific details of exactly what Propps did back in 1987, and that he claimed to hear voices.

As he signs out of the building, Mulder notices a familiar name on the sheet: Frank Black. He tracks Frank down to his motel where he has surrounded himself with newspaper. We get to see one of Frank’s visions which translate well to the comic format thanks in part to some fantastic use of color from Joana Lafuente, then Mulder and Frank share some nice exposition about what the latter has been up to these past 15 years. Frank endures another terrifying vision before Mulder gets a call he didn’t want to receive. The issue ends at a home for recently released inmates where new resident Monte Propps receives a visit from a young lady. Soon after, Mulder and Frank discover him surrounded by the same runes he drew at his own crime scenes.

As a fan of the show, I enjoyed this opening issue immensely. It’s great to see Frank back after 15 years and I like the decision to link an old name like Monte Propps to the Millennium Group. However I did find it more than a little strange that Mulder was the key character in this story when surely, in a book titled Millennium, Frank should be center stage? The overt presence of Mulder also makes Scully’s absence striking. There is no explanation given as to why Mulder is investigating this case without bothering to even inform his partner by phone. Only regular readers of Season 10 are likely to recall that this story runs parallel to #18 of that series, where Scully is off handling the return of Agents Doggett & Reyes. I did find myself wondering how easy this book would be to follow for those unfamiliar with the show, however I also doubt that this particular mini series is intended for anyone besides old school fans.

Looking for something else, readers? Check out this week’s listed 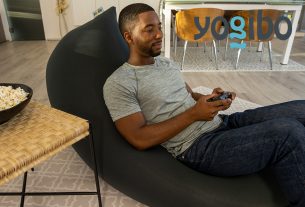