The teaser trailer for one of next year’s big family releases, Warner Bros. Pictures’ Pan, was released Thanksgiving weekend, proving potential for another wild adventure in Neverland. This prequel origin story of Peter Pan is directed by Joe Wright (Atonement, Pride & Prejudice), and shows a group of young orphan boys kidnapped by pirates, as free labor on Neverland.

According to the trailer, a young pre-pirate James Hook, played by Garrett Hedlund (Tron: Legacy) and still in possession of both hands, serves as a kind of roguish foil for pirate leader Blackbeard (Hugh Jackman). That is pretty much all this movie reveals so far, but it does raise some interest in learning more about Hook’s eventual transformation into his villainous self.

The tentative release date on some movie sites is July 17, but the official Pan movie site just promises that “summer 2015” is when everyone will learn the new history of Peter Pan, The Lost Boys and, most importantly, Captain James Hook.

It seems everyone who loves the tale of Peter Pan wants to learn more about Captain Hook. What makes this great literary villain tick? Well, aside from the clock in his crocodile tormentor’s belly, that is.

J.M. Barrie gives a little of Hook’s backstory in his novel and play, Peter Pan, or The Boy Who Wouldn’t Grow Up. Through the book, readers learn Hook was once a “boatswain to Blackbeard” and a former Eton College man, who apparently comes from family of high status. Barrie writes in the book that if Hook’s real name were revealed, it would “set the country in a blaze,” leaving over-enthusiastic scholars and historians to bicker over who might have been the inspiration for this fictional pirate captain.

Pan isn’t the first Peter Pan-based story to try to fill in the blanks of Hook’s past. These movies, television series, and books are among those who have also tried to pin down the past of this notorious Neverland antagonist:

Peter and the Starcatchers. This is the first book in the humorous young reader’s adventure series by Dave Barry and Ridley Pearson. Like many stories revealing Hook’s origin, the book focuses on the origin of Peter and what is to become his posse of Lost Boys. It also follows the quest of Molly Aster, part of a long line of magical Starcatchers. On their journeys on the high seas, they meet the evil Black “Stache,” known for his abnormally long mustache and ruthless ways. This pirate is known for his filthy presence (both in hygiene and disposition), as well as his sailing expertise. “Stache” is the pirate who is to become known as Captain Hook. He later loses his hand in the familiar skirmish with Peter.

The story doesn’t claim to follow Barrie’s original story, as there are many original characters and plot lines, but the story Barry and Pearson tell is wild, fun, and worthy of a pirate’s tale. The book’s popularity spawned several follow-ups, as well as a Broadway musical dubbed a “grownup’s prequel to Peter Pan.”

The Pirate Fairy. This sixth installment in Walt Disney Studios’ Tinker Bell video series has become a fan favorite, due the casting of Tom Hiddleson as the voice of cabin boy James. The seemingly innocent James befriends runaway dust-keeper fairy Zarina, as she takes over as captain of pirate ship. Zarina is soon betrayed by the crew in their attempt to get their hands on her rare, Blue Pixie Dust. Lead mutineer, of course, is James, who turns out to be the future Captain Hook. As the Pixies pursue the crew, they run into a cuddly little croc, who will one day grow up to be the one who gets a taste of Hook’s hand. Disney takes a few liberties with its own version of Peter Pan, but still produces a charming story which includes a glimpse of Hook’s first meeting with Smee.

Once Upon A Time. Anyone who follows the Disney series for ABC television knows every character in this fairy tale soap opera will get an entirely new story. Killian “Captain Hook” Jones (Irish actor Colin O’Donoghue) debuts in the series’ second season episode, “The Crocodile.” Hook claims, in this series version of Neverland, that he is not the story’s “bad guy.” Instead, he said Peter Pan is the story’s “treacherous” villain and a “bloody demon.” Of course, there are several “who do you trust” moments throughout the next two seasons (including the current one), but what is certain is this Hook’s history is very different from Barrie’s.

Deserted by his father at a young age, Killian grows up to become a ship lieutenant. He eventually follows his brother Liam on an adventure to find a magical healing plant on a remote island, which turns out to be Neverland. They run into island resident Peter Pan, who warns them the plant is, in fact, dangerous. Long story short, they don’t listen. This leads to an ultimately fatal error on Liam’s part, leaving Killian to eventually takeover as Captain, leading a life of piracy and renaming their ship Jolly Roger.

As in keeping with Once Upon a Time’s fondness for love triangles, Hook loses his hand to a Rumpelstiltskin, with whose wife Killian became involved with. When Killian first encountered Rumpelstiltskin, he was disguised as an old beggar Killian referred to as a “crocodile.” Clever.

This Hook may be a bit “sparkly vampire” for those who like Captain Hook as a true, devious villain. However, O’Donoghue seems to be in on this joke and said in an online interview with E! that he based the character on The Dread Pirate Roberts from The Princess Bride.

Capt. Hook: The Adventures of a Notorious Youth. One of veteran screenwriter James V. Hart’s familiar stories was Steven Spielberg’s 1992 motion picture Hook, a story that deals with Peter Pan’s future rather than the past of Captain Hook, portrayed by Dustin Hoffman. Hart remedies this in his first young reader’s novel about the early life of Captain Hook.

In this version of the pirate’s past, James Matthew is raised by an aunt after his father, “Lord B,” rejects him. Born out of wedlock, James never met his mother. There are a few hints throughout the book she might be someone of very significant status. Unlike the bumbling captain seen in so many modern portrayals, this version attends Eton College at age 15, is a voracious reader, and a top student at the college. He wins the affection of an Ottoman Sultana, also being wooed by fellow student and rival Arthur Darling. This love affair becomes quite the scandal and threatens the social status of Lord B, who arranged for James Matthew and his friend “Jolly” Roger to depart Eton on a trading ship. His deeds range from noble to villainous, including freeing the ship’s slaves and murdering the quartermaster with a metal hook.

Hart’s retelling is the most loyal to the original novel, as it attempts to expand on the information given in Barrie’s original works. Not only is James Matthew a tribute to Barrie’s own first and middle name, it follows Barrie’s suggestion that Hook gained his name long before he lost his hand. The first chapter, “Hook at Eton,” even gets its name from the title of a speech Barrie made at the college.

Neverland. One of the Syfy Channel’s storybook makeovers stars Rhys Ifans as James Hook, the devious leader of a group of Oliver Twist-style orphan pickpockets in Dickensian London. When they discover a portal to another dimension, they become transported into another timeless world with pirates, mystical beings, and a lost Native American tribe trapped in time. It is worth watching for Ifans’ great acting job, as he weasels and betrays his way up the ranks with a band of pirates in true Hook fashion. Get ready for a little more sci-fi portal-jumping twists than just following the “second star to the right.” Fans of Spielberg’s Hook will also appreciate the late Bob Hoskins’ reprisal of his role as Smee in this one. The Neverland miniseries airrred in 2011, but is still available on DVD.

The appearances, references, and portrayals of hook as a literary villain are numerous, including Christopher Walken’s portrayal in NBC’s Peter Pan Live! airring December 4. Veteran actors Jason Isaacs, Tim Curry, and Boris Karloff are also among the many who have donned the famous hook. Notable voice portrayals include Corey Burton, who has taken over the iconic Disney Hook, and Ian McShane and Tom Waits, who captured Hook’s speaking and singing voice respectively Shrek The Third and Shrek 2.

Even though Barrie made sure to leave Hook’s complete history an enigma, many still feel Hook is just the repressive symbol of adulthood. Traditionally, in many Peter Pan productions, the same actor who portrays Hook also portrays Mr. Darling. (Although the latest Peter Pan Live! production double-casts actor Christian Borle as Mr. Darling and Smee, in order to give Walken a more dramatic first appearance.)

When Pan, the latest, but certainly not final, story of the Captain Hook and his archenemy Peter Pan is released in theaters next summer, pirate fans will have even more pieces of information about his possible past. The Hook puzzle will likely never be completely finished, however, and that’s good thing.

Knowing the undisputed truth about this most infamous of fictional storybook pirate captains may never be fully known, but if it were, what fun would that be? The whole point of Neverland is to remain a child at heart.

And, it needs its villain. It needs its Captain Hook. Hook even confirmed this in the movie that bears his name. 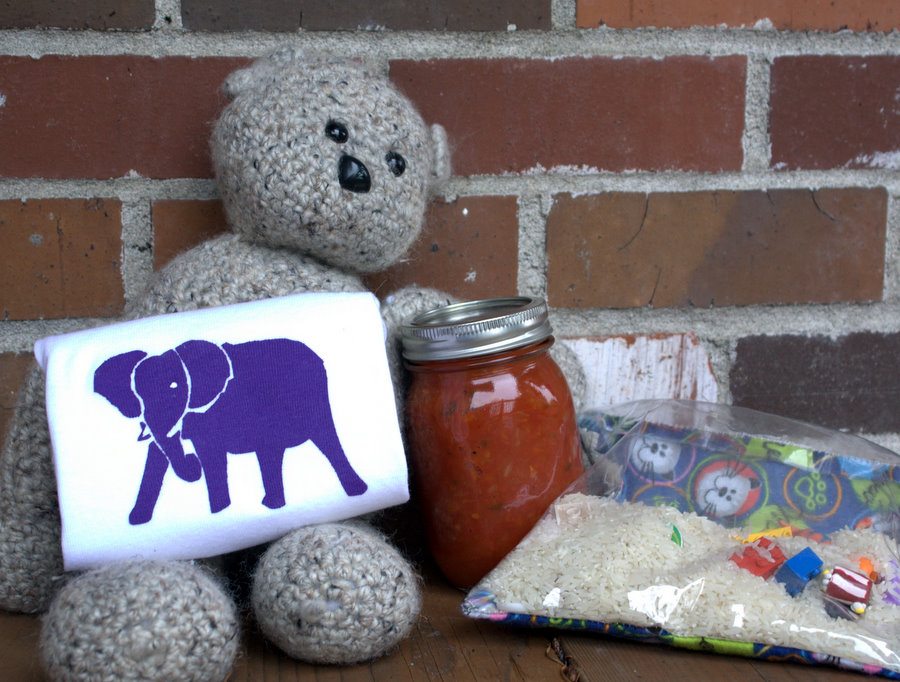