After a week of seeking gushy, squeely, and just plain giddy announcements about the recent availability of Fruit of the Loom’s limited edition Underoos at Hot Topic–in adult sizes–I needed to see if the hype was worth it.

I was getting a little too old for the original Underoos craze when it really begin to boom in the early 1980s, so I never had the honor of wearing them. I do remember the ads well. A proud, and almost inappropriately clad, group of boys and girls traipsed around in their underwear making super hero muscle poses. Was this really the exhibitionist public behavior parents approved of from their kids? Apparently so, because these puppies sold like crazy for several years.

Now, they are back, but not only for kids. For the guys, the sets come in men’s small through extra large. The women’s run the same range, but in junior sizes, so women should go up from their regular size when purchasing a set.

Really, I couldn’t figure out what all the fuss was about. I mean, superhero undergarments for grown-ups are nothing new. It’s not hard to find boxer briefs, bras, t-shirts, granny panties, and seductive lingerie bearing the logo of a Marvel or DC hero. I’m not too proud to admit I often go out with the Bat symbol hidden under my clothes. Heck, even comic and sci-fi convention darling John Barrowman (AKA Capt. Jack Harkness) has dropped his drawers to show off his extensive superhero undies collection at numerous appearances.

Why are these sets causing such a stir, with so many geeky undergarment options already out there?

Honestly, I wouldn’t have been so keyed on getting a set if it weren’t for the addition of Harley Quinn, a character who didn’t even exist when the original line was released. The set is packaged in the same retro packs, making it appear as if she had been around all along.

When you have to cover four butts of varying sizes living under one roof, it’s most frugal to buy knickers in five packs, so I did find these Underoos to be a little pricey for a single set. Hot Topic’s full price ran around $24.50 for a set, while some sets are available on Amazon for $24.50 to $29.90. However, you are paying for the tee or tank in the Underoos along with briefs, and I could easily find myself wearing the Harley Quinn tank as casual outer wear.

For the most part, the women’s sets look better than the men’s. The Wonder Woman, Batgirl, and Harley sets for women are all pretty stylish, comfortable-looking, and not too suggestive. The men’s “old school” Batman and Superman sets look good, too. I can see most men happily wearing either of these t-shirts. The Captain America set isn’t too bad, either, but Masters of the Universe, in my opinion, are just downright dorky-looking. Sorry guys, the fake He-Man and Skeletor chests just don’t work.

I went ahead and ordered myself a set of the Harley Quinn, and it was nice to find some Harley items that were going for sporty rather than titillating. Plus, it was kind of an awkwardly fun feeling buying myself my first pair of official Underoos when my own daughter is on the verge of being a teenager.

I would speculate that for most adults this really isn’t about the images on the underwear itself. It’s about girding one’s loins with a nostalgic piece of their own childhood. We may be pounding a keyboard, leading a quarterly profits meeting, or teaching world geography on the outside, but inside, we’re young and irresponsible! We’re silly and active. We’re anything we want to be. We’re superheroes!

Well, in my case, a perky, yet maniacally insane, supervillain.

Kickstarter for the Rocketbook Color Notebook: The Internet of Crayons

Be the Artist: The Big Daddy Behind the Rat Fink 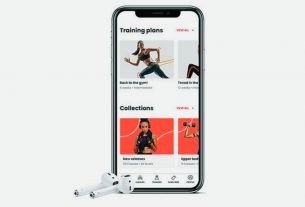