Thanksgiving seems to be the holiday everyone loves to gripe about.

They gripe about family, wince over the thought of preparing elaborate meals, complain about the politics, history, and even the American dietary problems.

My attitude towards this holiday has always been, at best, mixed, but since I’ve always been one to embrace every holiday and observance as a way to take a break from the pattern of everyday life, I want to make peace with this day.

My feelings might be akin to William Shakespeare’s Sonnet 141. In it, he expresses his love for another by stating what he finds unlovable.

The sonnet was the source of the title for the very loose movie adaptation of Shakespeare’s Taming of the Shrew, 10 Things I Hate About You, in which the Kate character composes a love poem disguised as a hate letter. I thought in light of the season, I would try the same thing.

You wonder why you don’t get as much love as other holidays, at least from me anyway. We’ll it’s time for a little intervention, so let’s talk about some things about you I really just don’t like.

1. I hate the way you’ve been hijacked by Black Friday. Even when I was a girl, my father used to laugh at how much bigger the ads were for day-after-Thanksgiving sales than the actual newspaper. It’s even worse now, named “Black Friday,” a title akin to a medieval plague.  Instead of people realizing how horrible and greedy this type of event is, they’ve extended it into Thanksgiving evening with something called “Grey Thursday.” Not cool. What gift items could we possibly need that can’t wait a day or two? Please, help us to be satisfied with what we have just long enough to get through the weekend without trying to empty our wallets, camp out at retail stores, and fight our fellow shoppers for the sake of a “good deal.”

2. Even more so, I hate the way you’ve been nearly engulfed by Christmas and the holiday season. I love Christmas. I’m sorry you had to hear that, as I imagine there is a touch of resentment for the bigger, more worldwide celebrations of Christmas, Hanukkah, and other winter holidays. I do believe in celebrating just one holiday at a time, and I promise you won’t see me watching any Christmas specials, putting up a tree, or even writing Christmas cards until the sun has officially set on Thanksgiving Day, maybe even longer. This holiday overlap gives me a headache. Did no one learn anything from The Nightmare Before Christmas?

3. I hate the way you make people try to “outdo” each other in the kitchen. What happened to the simple turkey, a couple of starchy sides and vegetables, some nice dinner rolls and a pie or two? I apologize for sounding like Ron Swanson here, but the manageable simplicity of a Thanksgiving meal is plenty appealing to me.

That’s not good enough, anymore. We have to fry our turkeys in fire-hazard-inducing pots, wrap them around ducks and chicken, rub them with rosemary (okay, that one I like), and shove them onto beer cans on grills. I’m not complaining about anyone’s culinary ingenuity, but it seems to be getting just too competitive. Likewise, we have to prove how healthy we can be by replacing everything with no-meat, no-salt, gluten-free options. Yes, I know there are vegetarians out there and people on strict diets—and I respect that. However, I shouldn’t have to feel guilty, because I like tofu with my noodles, not next to my stuffing.

Let’s just keep it simple: Bring a potluck dish or two if we must, but quit turning the day into yet another competitive parenting opportunity. Keep it simple, so we can spend less time preparing the turkey and more time enjoying it.

4. I hate the way the Thanksgiving meal is a total disregard of historical accuracy. This is really my habitual, ongoing problem of trying to turn everything into a Sheldon Cooper-worthy history lesson or trivia fest. I am not going to talk about any historic instances of the intention of the pilgrims, the encroachment of Europeans on Native Americans, or any other human aspect. These are all good conversations for another time. I’m talking about the culinary details. There might have been a turkey on the table in the 1600s, but duck or quail is more likely. Even more likely, they enjoyed fish and mussels. Corn wasn’t served on the cob or in nice little buttery bowls. It may have been served in a cornmeal mush. On the other hand, cranberries weren’t mashed into sauces or relishes (the Pilgrims’ sugar supply was pretty meager), but they may have been served with other indigenous berries, such as blueberries or gooseberries. Lastly, without ovens for baking, there was no pumpkin pie, although settlers might have utilized honey-sweetened pumpkins to make a custard. A more accurate description of this possible meal can be found on the History Channel site.

Yes, turkey and green bean casserole is the easiest meal, but use it as a time to speculate about what early settlers may or may not have served. I have a lot of fun doing that. Don’t begrudge me my table games.

5. I hate the way everyone uses you as an excuse to bring up some sort of social, political, racial, or religious agenda. I mentioned the human aspects of this holiday’s history in the last item, and I’m not even going to attempt to tackle them. Instead, I’ll keep this one brief. There are those who find it pretty distasteful to celebrate Thanksgiving for any number of reasons, but honestly, every holiday has its share of fans and detractors. No one has to celebrate anything, even one’s own birthday. (I personally find that depressing.) I realize I have my gripes with some of the things which have come to be associated with the holiday, but I still choose to celebrate it. I’m not asking anyone else to, and I don’t appreciate being told the many reasons why I’m a bad, uninformed person for trying to enjoy a special fall meal with friends and family.

6. I hate the way you have become associated with family fighting rather than a time to celebrate together. Movies, books, and comedy routines talk about Thanksgiving meal disasters where families fight, awkward conversations abound, and resentment brews beneath stilted smiles. I’m guilty of this as well, and complain about everything from not wanting the pressure of having to tell a circle of people I don’t even see the rest of the year what I’m thankful for, or listening to them feign interest in my job and passions. But, we all have issues with our families year round. I think that condition is called “being human.” Why can’t we be able to share a silly inside joke only family would know or be able to laugh at the world around us? These people are family and believe it or not, they love us… despite everything. Perhaps I need to unclench my shoulders and look at the warmth and humor in the weird mashing-together of personalities, not dread them.

7. I hate the fact that you make me extremely self-aware of my own physical shortcomings. I’m trying hard to lose weight—yes I know we all are—and I’ve never been very fond of myself in photographs. All those family shots around the dinner table are the last thing I need, much less those skinnier relatives feeling stuffed after six olives and skipping the dessert. Please, put that stupid camera down.

8. I hate the bottom half of the Macy’s Parade. This seems like an absolutely grumpy complaint. I love the balloon aspect of the Macy’s Thanksgiving Day Parade, but can’t help but cringe at the saccharine B-list celebrities lip-syncing holiday or pop music tunes in faux-fur coats. I don’t care about the dance numbers from Broadway shows or the costumed characters on the floats. That’s what the Tournament of Roses is for, in my opinion.

Ideally, this parade would be fantastic to watch from the balcony of a New York Central Park West building. Every time I see the Macy’s Parade, it just reminds me of the bucket list items I’ve yet to achieve.

9. I hate the meager, boring choices of Thanksgiving-themed music. Every morning on the radio, they blare Adam Sandler’s “Thanksgiving Song,” which I enjoyed the first 500 times. Come the weekend, even my church falls into the trap of having to sing the blandly old-fashioned “We Gather Together.” Every other holiday and observance has entire playlists of music; it seems Christmas and winter, Halloween, Fourth of July, Summertime, Mardi Gras, and St. Patrick’s Day have you beat. Heck, even sporting events have a set of pumped-up, motivational tunes on which they can relay.

I read somewhere that “Jingle Bells” is actually a Thanksgiving song, but good luck getting that one back from Christmas. It practically has a choke-hold on that song.

All due respect to Mr. Sandler, but if I hear my daughter repeat even once more the couplet, “Turkey for me. Turkey for you. Let’s eat turkey in my big brown shoe!” I swear I’m going to hunt you down and hold a marshmallow gun to your head until you write a second version of that song… one I don’t have to edit a verse or two out of to make it kid-friendly.

10. I hate that you come and go so quickly. Maybe if your “season” was a little bit longer, I could get to know you better, relax with you and my family under the fall leaves, and enjoy the subtle atmosphere of the smell of Piñon Pine bonfires and nutmeg. I just want to spend a day or two being thankful, without feeling rushed to get the next season going.

However, you’re gone as fast as you arrive, darting away from the cacophony caused by bickering in-laws, boisterous television invitations to hyper-consumerism, and the pushy “out-of-my-way” tones of Christmas carols.

For this last reason, I’ll extend an olive branch. As the cliché in many troubled relationships go, “It’s not you, it’s me.”

It’s us. People. Like every other celebration, we’ve let our tendency to make events less sustainable, more competitive, and sometimes overwhelming get the better of Thanksgiving. I’m one of those that do, and I will try to gear things back a bit.

As Shakespeare said in Sonnet 141, “I do not love thee with mine eyes…. but ’tis my heart that loves what they despise.”

Perhaps I should look past the flaws in our celebrations and find in my heart the gift of having a day to simply be grateful for what… and who… I have. 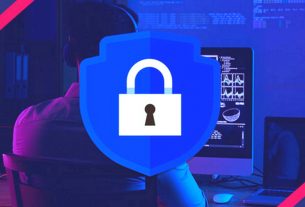 Fund This: Feed Your Inner Gardening Geek With the Nourishmat