I admit, I’ve been avoiding Zenescope Comics because of the covers. My fellow GeekMom Dakster, however, has been loving their Robyn Hood series, and that piqued my curiosity. And then Zenescope hired my friend and Grayhaven Comics editor Erica Heflin to write their Wonderland series.

So I had to check it out. I came away impressed not only, as I expected, because of Erica’s writing on the two issues I’ve read but because of the fascinating storyworld in which Wonderland is set. It’s ostensibly the Wonderland from Lewis Carroll’s stories but with a twist and a rich history that’s been evident in the two issues I’ve read. In a way, you could say a geekmom (Erica) is writing another geekmom, Calie Liddle, the new White Queen of Wonderland.

Last week, I interviewed Erica about the world building in Wonderland, her other comics, and where she’d like to go next.

GeekMom: So, for the uninitiated, what is Wonderland?

Erica Heflin: Wonderland is an ongoing series focused on one of the four realms of the Zenescope universe —the realm of dreams. It’s a wild place driven by the limits of imagination. Currently the realm is under the guidance of White Queen Calie Liddle and recovering from a plague of madness.

What I love is that Calie has a longstanding hatred of Wonderland and all the pain it’s brought to her life. Now she’s in a position where she needs Wonderland to keep the people she loves safe.

GM: What are your plans for the series?

EH: We’ve only seen a small corner of the Wonderland universe, and now we’re walking through so many doors that no one knew were there. This realm is rich with history and an incredible array of characters. They’re all tugging at the fabric of the universe and trying to gain a foothold. Calie’s struggle is to maintain control without losing herself.

GM: One of the elements that surprised me in your first issue is that the new Queen is the mother of a teenage daughter, adding depth to her character right away. What other elements of Wonderland do you think might surprise people?

EH: Wonderland is a horror concept book with a lot of high fantasy elements, but it’s also very character driven. There are a lot of relationships at play–from enemies that are learning to trust one another to families trying to protect each other.

The complexity of these interactions takes the book beyond the basic survival horror genre. As I continue writing Wonderland, I’m surprised by the number of comedic moments that present themselves. It’s wonderful to have that dynamic to ease tension or subvert expectations.

GM: Wonderland‘s publisher has a reputation for those overly sexy covers. What’s your take on those?

EH: It’s a complicated issue and my response varies from cover-to-cover. I enjoy sexy women on covers if the artwork is beautiful and the characterization is appropriate.

Whether I’m looking at Catwoman or Calie I want a cover that tells me about the character rather than simply shows me how she can bend. Or alternatively, I like pinup style covers that are fun historical reflections or don’t take themselves seriously.

GM: What was your path to writing comics?

EH: I started on a small press book from Grayhaven comics. I wrote a two-page story that was illustrated by George Amaru, and it was beautiful. Seeing those pages brought to life turned me into a comic writing addict. After that story I was invited to participate in a few other anthologies which eventually led to me taking a job as an editor at Grayhaven.

Through them and their support I was introduced to the talented people at Inverse Press, and from there my comic creating universe just kept growing. I’ve had a wonderful time meeting and speaking with creators all over the world and helping writers and artists tackle their first comics projects.

GM: What would you recommend to others seeking to write for pay?

EH: Whether you write for comics or prose you need to get your work out there. You need to attend conventions, promote yourself online, and create opportunities for people to see your work. Have completed projects to show, and show them to everyone with enthusiasm.

GM: What’s your favorite of the books you’ve written?

EH: I love them all, but the one closest to my heart right now is Flesh of White.

The comic Amanda Rachels and I put together reflects on real life events in ways that terrify me. In some ways I hate that it so accurately depicts what Tanzanian men and women with albinism should fear and must endure. My hope is that with this story more people all over the world will become aware of these atrocities and will be inspired to take action.

Though they’re difficult to write, I feel very strongly about telling stories that are emotionally compelling and touch on important topics. I don’t want to reveal too much about the upcoming stories in Wonderland, but I get to tackle subjects ranging from moral ambiguity to letting a child sink or swim on their own. We’ll be facing a lot of hard questions and complex decisions.

GM: What’s your dream job? What characters would you love to write?

EH: Any job I’m on at the time feels like a dream job. It feels like a terrible answer, but when I get into these characters’ frames of mind and explore the core of who they are it’s exhilarating.

But as to characters I’d love to write… I’d have a wonderful time with Zenescope’s Liesel Van Helsing, Marvel’s Storm, DC’s Black Canary and Ted Kord’s Blue Beetle, and…. Xena.

GM: What’s next for you?

EH: I’m going to keep powering through Wonderland and tackling some creator-owned projects through Inverse Press. At Zenescope I have the pleasure of working on a mini-series that is more closely related to Grimm Fairy Tales than Wonderland. The pages are rolling in and look stunning, so look for that announcement on the horizon!

Wonderland #27 releases today and is available at direct comic shops nationwide, Zenescope’s website and at Comixology.com. 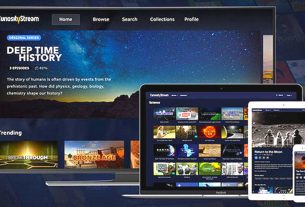