Jim Butcher’s Dresden Files books have been gathering new followers steadily for 14 years over 15 books (with more to come), an RPG, and a short-lived TV show. Though it’s been seven years since that show aired, its star, Paul Blackthorne (now appearing as Detective Quentin Lance on Arrow) joined Butcher at Dragon Con last weekend to talk about their stories.

“My first book I wrote when I was 19 in 1991… It was awful,” Butcher said. “So then I wrote the second one, which was also terrible, as were books three, four, five, six, and seven. I would not have made Osama bin Laden read those novels.” After those came a 1996 survey course in which he was instructed to write with more structure. “I decided to try to prove her [the teacher] how wrong she was about everything she was trying to teach me,” Butcher said. “I would fill out her forms and do all the outlines and character design stuff to show her what kind of cookie-cutter, pablum crap came from that process, and so I wrote the first book of The Dresden Files. Which, you know, showed her.”

Butcher naturally has no trouble talking about Dresden, Murphy, and their many supernatural friends, having had them all living in his head for decades. Blackthorne sometimes had a little more difficulty summoning his memories of wizarding from so many years past.

When asked about their favorite episodes of the show, Blackthorne brought up Joanne Kelly, more recently known as Myka in Warehouse 13, who played Bianca, a Red Court vampire on the show. “She was putting Dresden through all sorts of mayhem,” he said. “I’m very attracted to this lady, and this lady’s probably going to kill me. The last scene was just the two of us on the sofa…and there was this moment where I let out this sigh. It was the biggest ‘oh my God’ sigh without saying it.”

Butcher had a more humorous answer: “The one that I had to be in, not just because I was there, but because it was such an experience of seeing them, except everybody else could see them, too!”

Several audience members asked about the changes that were made from the books to the screen, which of course is always necessary to some degree, but in the case of The Dresden Files sometimes seemed rather large or unnecessary. Dresden’s helper spirit Bob, who usually simply inhabits a skull, became a full-bodied creature, played by Terrence Mann. And his staff became a hockey stick!

In some cases, like the Bob situation, it was about cost. Butcher revealed that one of the early plans was to have the skull played by a puppet, similar to Salem the Cat in Sabrina the Teenage Witch. Instead, Mann got the role. “By the time I met him, I was sold on it,” Butcher said. “As far as changes go, that was the one that surprised me.” They had filmed the two-hour pilot with just the skull, with effects to be filled in later, and as a result, Bob was largely written out of that, which was in the end edited down to a one-hour pilot.

In contrast, on the hockey stick, Butcher said, “Harry’s a creature of habit. He’s unlikely to go around changing that kind of thing. Why would they give him a hockey stick instead of a wizard’s staff?”

Even Blackthorne’s spot as Dresden wasn’t a certainty. In the end, it came down to him or, as Blackthorne put it, “Jayne from Firefly.” Blackthorne was chosen because of his ability to bring out Dresden’s darker side. “If we’d gone with Adam Baldwin, it would have been a more bulldoggish Dresden who probably got beat up more.”

“I got beat up enough as it was!” Blackthorne answered to that. “The drivers at the show were joking with me,” Butcher replied, “‘We joke with Paul every day, do you get beat up today or make out with beautiful women?’ It was one or the other.”

As to a future Dresden movie, Butcher says that SyFy has given up the rights, which have been picked up by “a major production company.” No solid plans exist yet, though. “We’ll see if anything happens,” he said. “It’s all a lot of talk until the check clears.”

And how many more books can we look forward to? “About 20 of the case books, like we’ve had so far,” Butcher said. “Could be more if my kid goes to grad school. Let’s be practical. I don’t have a muse; I have a mortgage.” But then there will be a three-book capstone trilogy, which Butcher threatened Dresden may or may not survive.

If you’re interested in hearing more from Jim Butcher, including his talks on magic in fiction, one of which was with Lev Grossman (author of The Magicians), videos of all of Butcher’s Dragon Con panels are available on YouTube.

What to Do With All the Candy?! 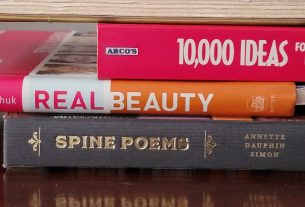