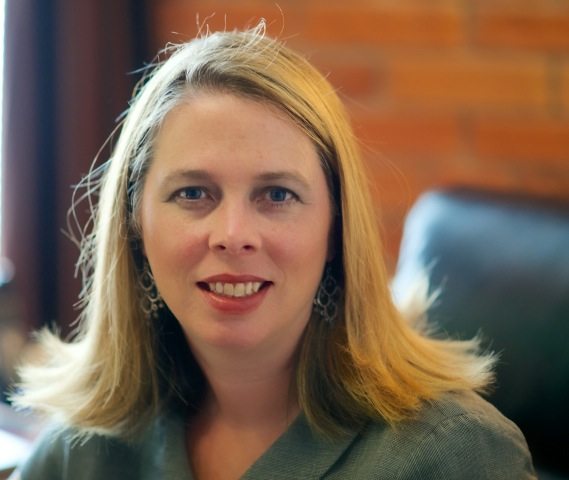 Stephanie Izaguirre practices immigration law in Colorado Springs, Colorado. She’s worked for the State Department and USCIS (formerly INS) before going into private practice. Stephanie’s also a friend of mine, and we share a longtime love of certain shows, like Buffy and Firefly. When I saw her most recent Facebook updates, I knew GeekMom would want to meet her.

You see, I’ve seen news footage about the growing number of kids and families being housed in detention centers near the U.S. border, and I’ve wished I could do something. Stephanie?

Stephanie got in her car and drove to Artesia, New Mexico, to help.

GeekMom: Why did you decide to travel to Artesia?

Stephanie Izaguirre: Kids have always been my soft spot.  When Hurricane Katrina happened, my oldest child was just a few weeks old.  I saw pictures and heard stories of moms sending their babies out of New Orleans with family members to keep them safe. At the time, I remember thinking “I would never do that! What’s wrong with those moms? Why didn’t they plan better?” and then over time I realized that all moms love their children. We all make the best decisions with the knowledge and resources we have.

These moms locked up in Artesia—because the detention center in Artesia is just moms and kids—all made the best decision they could with what they had available and what they knew. Because of my work in immigration, I know the kinds of things that happen to immigrants in their journey here and women and children are among the most vulnerable. I have exactly the education and experience needed at this moment, I didn’t have a boss I needed to ask for permission, and the detention center was a day’s drive from my house. I was reading a report from another lawyer down there one evening and I just knew I had to go.

GM: What have you experienced in your time at Artesia?

SI: This is a hard question to answer. The women I met there are all fighters. They took incredible risks and traveled a huge distance with their children in tow in an effort to try to find a safe place for their children. They aren’t just looking for a better life; they are fleeing violence. Almost all of the women I met have a close friend or family member who has been killed. Almost all of them have received death threats—either to themselves or their children. Many of them were threatened by gangs in their country that if they didn’t pay extortion money to the gangs, one of their children would be killed. So they are scared. They don’t really know where they are. Artesia is a barren desert. There are no trees and no grass where they are being held. Most of the kids are sick with some sort of cough and at the moment there is a chicken pox outbreak. Many of the kids, especially the toddlers and younger kids, have diarrhea and aren’t really eating.

Trying to do legal work in this environment is a real challenge. There’s no daycare or school so the kids must be supervised by their moms at all times. This means that women are trying to talk to both lawyers, asylum officers, and judges with their kids in their arms or in the same room. Many women were breast-feeding their children and simultaneously trying to process complicated information that will change their lives. I’m actually a huge advocate of normalizing breastfeeding, but I also think that I might prefer to have someone else watch my infant while trying to explain a complicated story to the man whose decision will determine whether I get deported or not.

Beyond the situation with the kids, things are happening so fast that there is no time to prepare. The lawyers get almost no notice of asylum or court hearings. I think the government is not doing that intentionally, but things are so happening so fast that there is just no time to prepare. Due process is a fancy legal term, but what it really means is fairness. Was the proceeding fair? Did you know what was going on and did you have time to prepare? When the answer is no, then that is a violation of due process, one of the most fundamental aspects of the legal system here.

GM: How do you think individuals can make a difference in the lives of others there and elsewhere?

SI: Sadly, there’s not much opportunity to make donations, either money or items. I think the best thing people can do now is talk about what is going on and make sure people know what is happening. This isn’t really an immigration problem, it’s a refugee problem. Most of these people came here because they know someone here but they left their countries because of violence.

GM: Do you plan to return?

SI: Yes. I don’t know when exactly but I’m already planning on going back.

GM: To me, what you’re doing is one kind of heroic act—stepping outside your life in order to help others, even when that’s not the easiest thing to do. I think everyone wants to be a hero in their own lives, and you’ve up and done it. Does it feel weird that I’m saying that?

SI: I certainly don’t think of myself as a hero. I had the skill and resources to do it. Having said that, I don’t think anyone ever thinks of themselves as a hero (LOL, Buffy). Sometimes you are just in a particular place and the way forward is clear.

GM: You are a lawyer-warrior with a family—do your kids know how awesome their mom is?

SI: My daughter is 9, and my sons are 6 and 2. I’ve actually never met a child who understands immigration or why we deport people when their families live here. Having said that, my older two know I go to court to try to help people stay with their families. I told them that I was going to be gone for a few days to go help some moms and kids who were running away from people trying to hurt them. I think they understand that part. My kids have a pretty protected and privileged life and it’s important to me that they understand that they have an obligation to give back.

So yeah, I want them to live in a world where they know that they aren’t their things and they aren’t the privilege they have. They, and I, started from a pretty good place in life and that comes with an obligation to give back. It doesn’t have to be in the work of immigration but I want their lives to be about more than just themselves. Having said that, I also want them to live in a world where we don’t arbitrarily separate families because of borders. I’m actually not a policy person—I’m not sure where to draw the line of who we let in and who we keep out. But I do think that parents of U.S. citizens should be allowed to stay with their kids.

GM: Tell us a little about your own heroes (from media and real life).

SI: I gotta talk about Buffy here for a moment. I’m about to out myself as a serious geek here. At the end of season 2, there’s a moment where Angel is telling her that she’s all alone—no one is coming to help her (I don’t remember the exact quote and I’m in the middle of nowhere to check), but he asks her what’s left and she takes her hands and stops the sword right in front of her face. What’s left? Me. That’s how I feel a lot in this job. What’s left to stop this person from being deported? Me. I often walk in to court scared and nervous. The stakes are really high and sometimes I wish I’d taken a job as a greeter at Walmart. But the client is depending on me and I take that very seriously. There’s a woman in Artesia now. She barely knows me and can’t really talk to me, but I will do everything I can to make sure she and her children aren’t deported.

Zoe from Firefly is another media hero—she’s a strong woman doesn’t take shit from anyone. And when I was a kid, Batman was my hero because he was just a regular guy who decided to make a difference.

In real life, one of my current heroes is Elizabeth Warren—she speaks the truth in the face of strong opposition and I like that.

GM: Know what else is amazing about Stephanie? Here’s what she says about her office:

SI: My office is staffed by four amazing moms and myself. I mention that we are all moms because part of the reason I opened my own law firm was to work in a place where the work we did was important but that also respected the important role we as moms have.

The Albuquerque Journal has more information about the lawyers volunteering in Artesia, New Mexico. 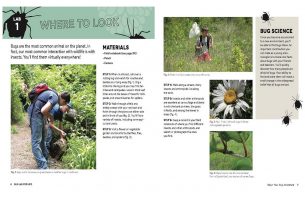 3 thoughts on “A Meditation on Heroes: One Mom’s Journey to Artesia, New Mexico”