When some people hear the name Georgia O’Keeffe, they think “western artist” or “southwest artist.”

It’s true, O’Keeffe created many of her most famous works during her time in Northern New Mexico. But her legacy is so much greater. In the art world, she’s recognized as the “Mother of American Modernism.”

She moved to New Mexico part-time in 1929, and by 1949, she had made it her permanent home. She was already making a name for herself in the New York art scene with her large-scale floral drawings of “enlarged blossoms.” These images were as if someone was viewing the flower through a magnifying lens.

In New Mexico, she painted flowers, churches, mountains, animal skulls, flowers, skies, and other aspects of the state she made her home.

In 1946, she was the first woman artist to have a one-artist retrospective exhibit at the Museum of Modern Art (MoMA) in Manhattan. She lived to be 98 and during the last decade of her life, she received the Presidential Medal of Freedom (the highest honor awarded to American citizens) and the National Medal of Arts.

O’Keeffe loved painting the area around her famous Ghost Ranch home in Abiquiu, New Mexico. She knew how to zero in on the often-overlooked details of that world, a landscape or single object, and place it in the forefront of her art. She could make a dried-up pile of bones seem beautiful, a simple flower almost scandalously attractive, and rigid, dead environment look fluid and alive.

She said she wanted to “give that world” to others through her art.

“I want them to see it whether they want to or not,” she said, describing her work in her New York exhibits.

O’Keeffe was a master at taking everyday objects and focusing on an aspect of it that showcased an entirely new angle.

First, find a photo of a “natural” object from a fictional movie or book. Or, take a picture of a toy, theme park souvenir, or park replica that might represent this object.

Next, find a small section of this image and “close in on it” by drawing a circle or square around it. If you’re using images from a computer, you can crop and print out the cropped version.

Finally, draw or paint  just the isolated area. O’Keeffe used oils, but they can be messy for beginning artists. Try crayons, colored pencils, markers, pastels, or other mediums as well.

Try to look at the isolated area not as a “part” of a drawing or photo, but as the whole image itself.

These do not have to be excellent drawings, just as long as they are only of the area within the focused square. The purpose is to capture just one section of a bigger picture, not to duplicate it perfectly.

Younger artists might want to use easier images, such as animated drawings, rather than photos or intricate drawings.

When finished, show it to friends and family, and see if they can guess what it is. Sometimes, the answers may be as imaginative as the drawing itself. Other times, it will seem like they are looking at a whole new world.

Once O’Keeffe discovered the wonders of the close-up, art lovers never looked at a flower the same way since.

She explained this in her book, One Hundred Flowers: “If you take a flower in your hand and really look at it, it’s your world for a moment.” 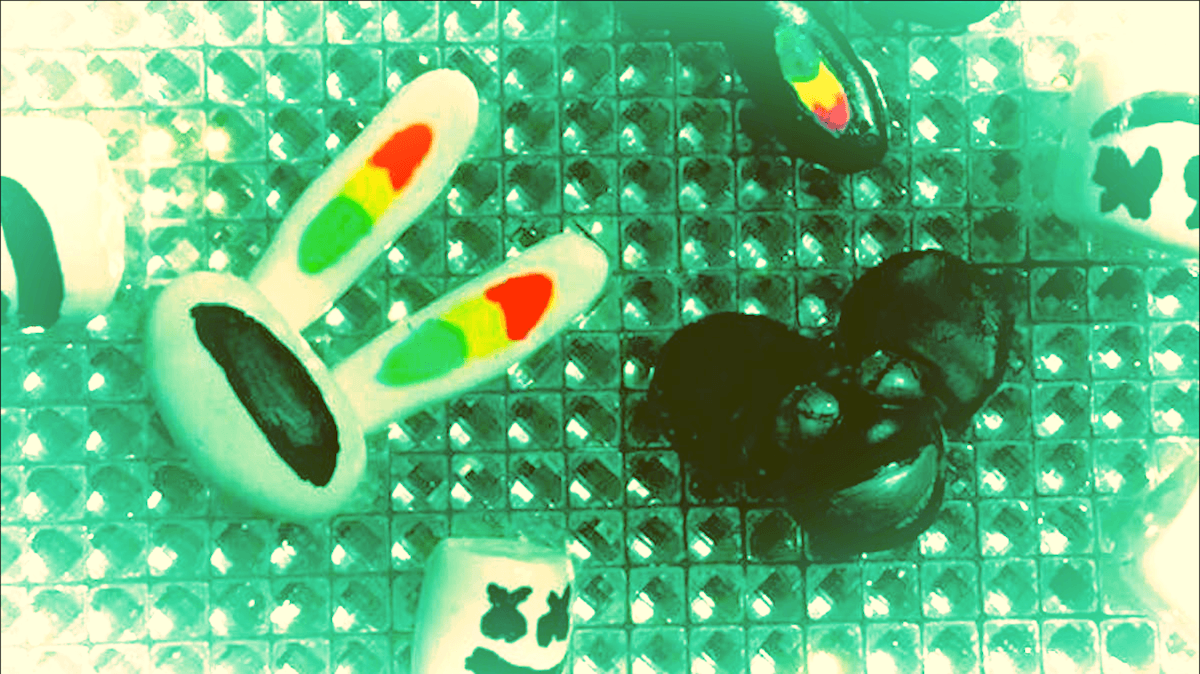 DIY EDM Character Mini Masks of Marshmello and Others

Music Week: Geeking Out With the Ukulele