I can’t tell you how many times in school I wished my text books could be something as fun as a comic book. Feeling like Dorothy in The Wizard of Oz, maybe if I clicked my mouse two times and wish it will happen…yea. That never worked. Probably because the idea hadn’t been thought of yet. Good news! It’s now a reality with The Manga Guide to Statistics and The Manga Guide to Calculus. Two books on topics I find rather confusing in a medium I find fun.

The Manga Guide to Calculus is broken down into six sections. Each section is then broken down into chapters that explain the topic at hand in a comic book, manga-styled fashion. Remember all of that talking in your math books that you weren’t always sure what they were talking about and why? I do and this book has none of that.

Instead, we have a story about a young enthusiastic journalist who finds herself working in a branch office with two other people. She’s not that happy about it, but her boss finds ways to show her that it’s not so bad, and he starts teaching her… you guessed it, calculus.

While Noriko learns all about functions, differentiation, and the fundamental theorem of calculus, she is also learning how it all relates to the world around her and why it’s important to know. The book also follows a story between the characters and life changes that happen to them during their time together.

I guess you could say that The Manga Guide to Calculus has put the “fun” back in “functions.”

The Manga Guide to Statistics follows the same formula as The Manga Guide to Calculus, with the exception of the characters and the story behind them. I’m not too lovey dovey over this title because the main character is a child who has a crush on one of her dad’s employees and uses statistics to get closer to him.

I wish they could have chosen a better story to go with for the characters, but oh well. It still teaches the topic in a fun and engaging way that I haven’t seen before.

Both books do a nice job teaching their respective topics in a way that will keep you interested and engaged. The story among the characters also gives it a nice feeling for those who want to understand what they are learning and why they need to know it. 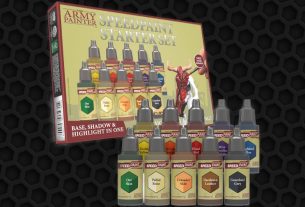 FlexJobs: Putting the Power of Employment at Your Fingertips