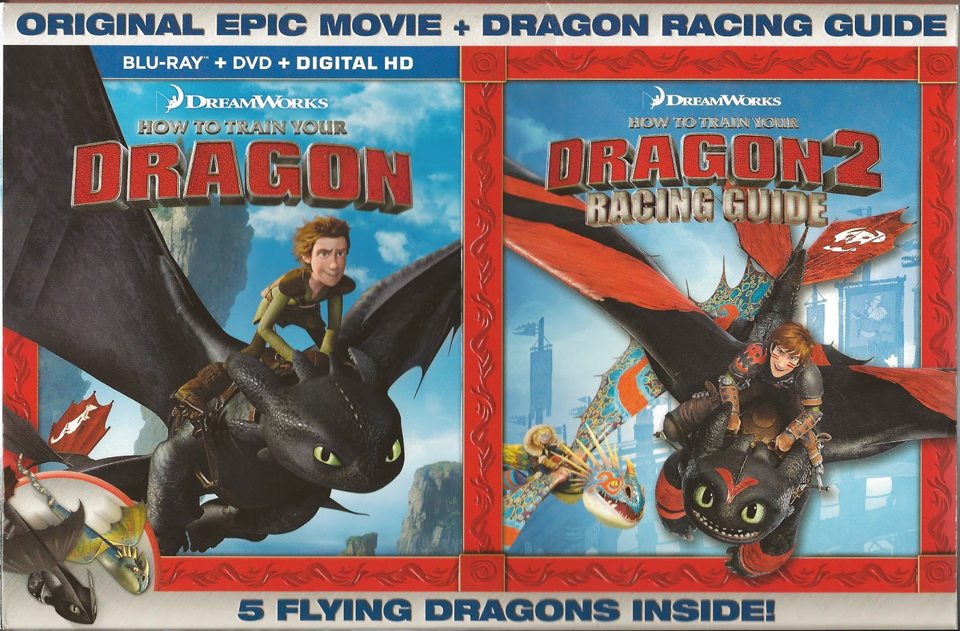 It’s easy to scoff at another release for the 2010 film—especially, if you already purchased the 2010 DVD or Blu-ray (or the 3D version from 2011). Well, I don’t know about you, but in my house, discs are easily lost and even more easily scratched. Maybe you could use an upgrade.

Since you’ve probably seen the movie a few hundred times at this point, I’m not going to bore you with plot points and how this is an awesome movie. (Just know that I even cried in the theater!) Instead, let’s focus on how this release differs from the last release.

The extras are where things get sort of interesting. On paper, most of the extras were picked up from the previous release. That includes the commentary track, the picture-in-picture commentary option, and an on-screen trivia track, as well as a short on the voice actors, two on the animation, and another on “The Story Behind the Story.” There are several additional featurettes, including the animated “Book of Dragons” and “Ultimate Book of Dragons.” It’s a nice release, but it’s worth mentioning that the Blu-ray no longer has any of the games from the last Blu-ray and both the deleted scenes and the “Legend of the Bonekeeper Dragon” short is now only on the DVD that’s included (not on the Blu-ray).

The only new featurette is the “Frozen” episode of DreamWorks Dragons: Riders of Berk. There are a few non-disc perks, including DVD and digital versions of the film and a free movie ticket that will get you up to $7.50 off one ticket for How to Train Your Dragon 2. However, my two favorite perks are part of the Walmart exclusive for this release. I had my son unbox them in the video below.

In case you couldn’t tell, the Walmart edition comes with a book, the How to Train Your Dragon 2 Racing Guide. Since I didn’t think a video of my son reading would be all that interesting, it was hard to get the gist of this one on video. Although it’s geared towards the sequel, the characters will be very familiar and the racing aspect is really fun—and very appropriate for this release. As mentioned in the video, this set also comes with five “flying dragons.” These are like paper airplanes. Whenever I am assembling crafts like this one, I feel like I have an extra thumb. However, the directions are easy to follow and the pieces are pretty sturdy. Here was the end result:

The How to Train Your Dragon Collector’s Edition is available now on Blu-ray and DVD. Just know that the version with the flying dragons is a Walmart exclusive.