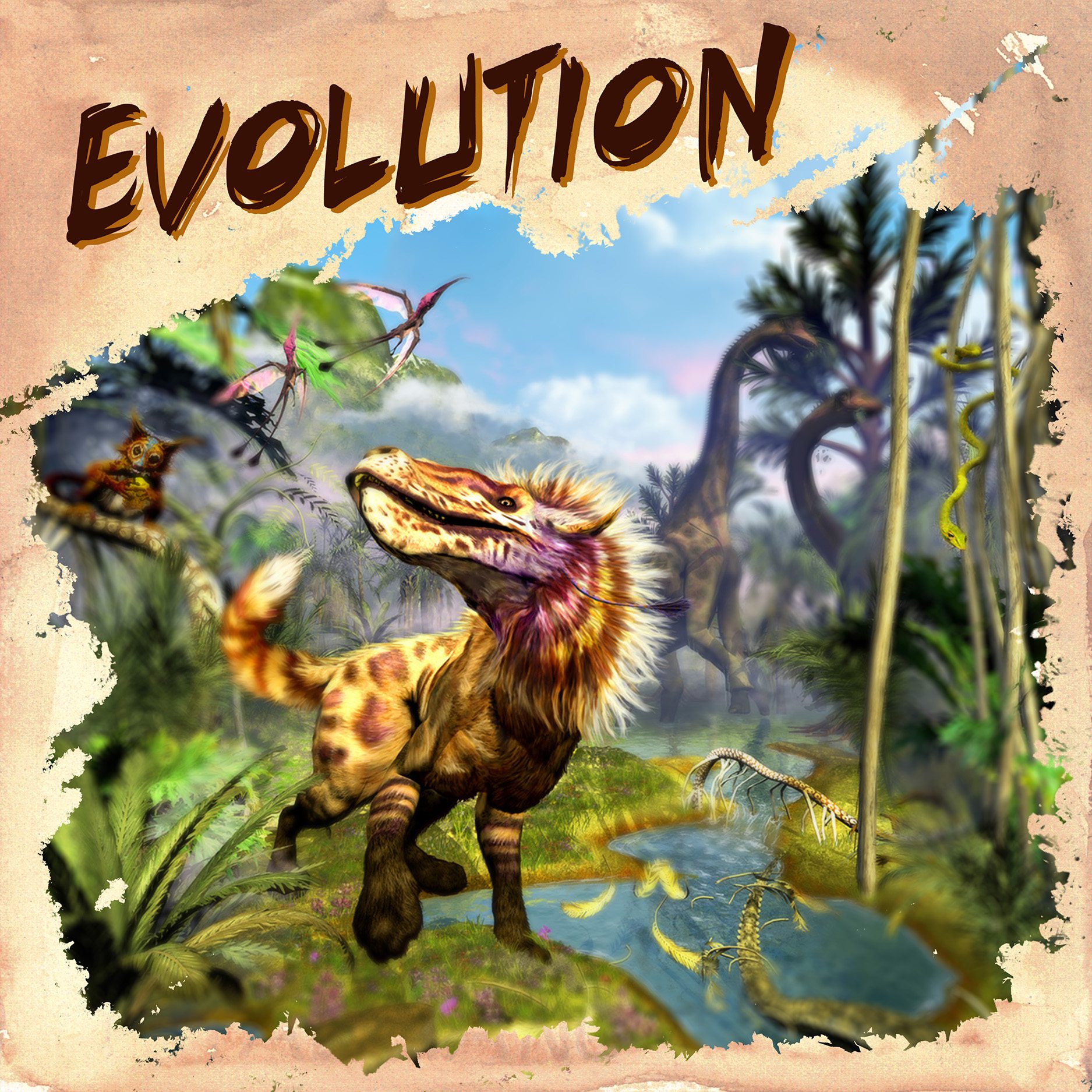 If a game in its nuts-and-bolts prototype phase can pull elementary school kids to the game table, any final art and shiny design is just wrapping on the package. This has been my experience with Evolution. Though I played a prototype with some friends, the mechanics and freedom in the game play kept all ages engaged in playing.

Game Play: Rounds break down into four phases: deal cards, decide on how much food there will be, play cards, and feed the species. The general playing of the rounds is simple enough for the youngest and newest game players with room to build on the strategy.

What Can Happen: When cards are played, they give traits to a species. Each species can have three traits. This is where your species can be a plant eater or a carnivore. We found carnivores took some setting up and some practice, but added a spicy element to the game.

There were two schools of thought during game play: Build up a single species to full population and size before getting another species or having a bunch of species at the smallest population and size. Obviously, it was easier to knock off the smaller populated species into extinction, but when there were several species to chose from, the player didn’t suffer.

One player shared that he appreciated the theme carrying through the game play and the option of playing either an omnivore or carnivore. Another player commented on the “arms race” of nature, where long necks eat first and having to evolve into a carnivore when there was no more plant matter was an interesting twist.

The kids who played enjoyed the different traits they could apply to their species. One even just kept collecting species so she could use all of the traits instead of growing their populations. It wasn’t a winning strategy—but she didn’t outright lose the game either.

The traits that were available to choose from made for some interesting word problem-type situations for players of carnivorous species. If the carnivore has X or Y traits, then it can attack this other species. If doesn’t, it can’t attack. If the species is bigger than the attacking species, it can’t be attacked. Some of the examples can be seen in the slideshow above.

What Age Range?: I played with an 8-year-old in one game and an 11-year-old in another. Both kids had fun and were able to understand the basics of the game. If you are looking for using more strategy in a game, play with older kids.

Evolution is fun, with the ability to be easy for beginning gamers or complicated for those who are seasoned strategy game players. The theme works well with the mechanic and would be a great addition or introduction to a family game.

Evolution is available for backing on Kickstarter for another couple of weeks. The print-and-play version is $5 or the hard print game is around $50.

Back To School 2015: Books To Stock Your Shelves

Get Ready to Rock Family Game Night With 'Rock On!'