Filmmaker Saffron Cassaday’s new feature documentary, Cyber-Seniors, not only proves to older generations they are never too old to learn something new, it shows teens and young adults they are never too young to make a positive difference in someone’s life.

Cassaday’s inspiration for the film came from the Cyber-Seniors program created by her two younger sisters, Macaulee and Kascha. She began filming the work they did with their own grandparents and how cyber-communication changed their lives and brought them closer to family. Soon, the documentary of an initially reluctant group of seniors discovering the world wide web with the help of teenage mentors was born.

The ability to stay connected online became more than just convenient, when by tragic coincidence, both Macaulee and her grandfather were diagnosed with cancer during the making of the film. The Internet became a vital artery between the two of them, who used it to Skype and stay connected during chemo sessions.

After successful premieres in Los Angeles and New York earlier this month, the film begins its nation-wide theatrical tour May 20, as well as a Toronto premiere May 30. It has already been well received at film festivals throughout North America. Critics have called the film both “beautifully-done” and “hilarious.”

In an interview with GeekMom, Cassaday said that even with the senior citizens and teens being the focus of the film, the generation they feel gets the most out of the film is the one in between the two, what they like to call the “sandwich generation.”

Parents with their own aging parents and teenagers, she said, will certainly be able to relate to the characters in Cyber-Seniors.

“We know it is difficult to be the mediator between three generations of family. As teenagers become busy they may not want to visit the grandparents as often as they used to,” Cassaday said. “Getting the grandparents online gives the young and old something in common. Teens will be more inclined to stay connected with grandparents if they can meet where it’s convenient for them, which is online.”

With the growing concern of technologically advanced forms of communications like social media and smartphones creating a more isolated, detached population, this was the case where the opposite was true. The availability of the internet helped grandfather and granddaughter connect to help make a lonely and scary situation less so.

This was just one of the situations in which Cassaday explained the film focused on the positive factors social media can bring to people’s lives.

“As things become more global, and friends and family can be quite widely spread across the world, the internet is an important tool for helping people remain connected,” she said. “While it’s antisocial to be distracted by your computer screen or smartphone while in the company of others, if you’re socially isolated, as many seniors are, the internet can become a lifeline to the outside world.”

Working on the film also taught Cassaday herself a few new things, including the importance of keeping up with new technology.

“The demographic we focus on in our film, older seniors, were completely left out of the digital revolution as many of them were out of the workforce when computers became mainstream,” Cassaday said, “but even for the rest of us computer literate people, technology is changing so quickly before our very eyes. If you blink you could miss something important!”

She said there is even a “generation gap between herself and her sister, who is seven years younger than her.

“She seems to be more aware of the newest tech innovations and picks up new tech skills with far more ease than I do,” she said. “Through this film I learned that it’s important to never stop learning and being curious. And when it comes to tech, younger people are usually the best teachers.”

Cassaday said it was the benefits the program had on young people while making Cyber-Seniors that really surprised her.

“We knew the Internet would be beneficial for seniors, and our film proves that,” she said. “We weren’t sure however, how much the young mentors would get out of it.

The teens in our film prove that teenagers can be patient, kind, and that they really do enjoy making a difference in their communities.”

She thinks the young people themselves were also surprised how much they enjoyed working with the elderly.

“They learned a lot, and had a lot of fun,” Cassaday said.

One of the things Cassaday would like to see happen with the release of the film, is more and more people nationwide gaining an interest in the Cyber-Seniors program. Many of the communities that were able to screen the film already had programs in place or wish to start one. Hopefully, she feels, the wider release of the film will be followed by a greater number of communities taking part in the program.

“We like to think of our film as a tool to inspire and inform communities about these types of programs,” she said. “We have seen great responses so far and as the film spreads through various viewing platforms, we hope the program and message continue to reach as many communities across the world as possible.”

She said the response to the film’s website has so far been great, and encourages people interested in both the film and program to take advantage of its many online offerings.

“The resources we offer on our website include downloadable handbooks to be used as teaching guides, a database to connect interested volunteers with senior residences and community centers, an informative video presentation that can played at a high school assembly to spread the word, and more,” Cassaday said.

For more information on becoming part of the Cyber-Seniors program visit the film’s website at cyberseniorsdocumentary.com. 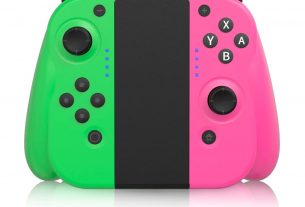 1 thought on “A Talk With Cyber-Seniors Director, Saffron Cassaday”