At the Espionage Cosmetics booth at Emerald City Comicon 2014, a very special, geektastic set of nail wraps made its debut. VandalEyes, the googly eye sensation that got its start on Twitter, can now grace your fingertips in style. Haven’t heard of VandalEyes yet? Googly eye connoisseurs Anne Wheaton and Bonnie Burton talked to me at the con about how #VandalEyes got started, why they teamed up with Espionage, and how you can support googly eyes for a good cause.

Bonnie Burton, author of the Star Wars Craft Book and all-around craft maven, has long been sticking jiggly plastic eyes on objects, from puppets to, well, everything. “I used to do this when I was in college, to my roommates, and I would do it later when I was more of an adult couch-surfing at people’s houses,” Bonnie said. “I would wait until everyone went to sleep, and then I’d put googly eyes on everything inside the fridge. It’s just something I’ve always done because I think it’s hilarious.”

Not even the house of Bonnie’s partner-in-VandalEyes-crime, Anne Wheaton, was safe, but it wasn’t long before she joined in the fun. “Bonnie came to visit me a couple of years ago,” Anne told me. “She was putting googly eyes on things around my house, and I said, ‘Oh my God! I used to do things with those all the time when I was a kid.’ So then we both started doing them, and Archie McPhee started making them [self-adhesive].”

Once the quirky retail store Archie McPhee made their Emergency Googly Eyes kit—inspired by Bonnie when she requested a tin to put googly eyes in—sticking the plastic eyes on everything soon became an internet sensation. “We started doing it more and more on Twitter, and Anne is the Queen of Puns, so she came up with the idea [of #VandalEyes],” Bonnie said. The hashtag evolved into a website, VandalEyes.net, where the work of the googly eye army can be seen on everything from food to airplane tray tables.

VandalEyes has even made its way onto television show sets and talk shows, thanks to Anne and Bonnie’s friends. “We’ve gotten all of our friends addicted to it, like Seth Green,” Bonnie said. “When you watch the show Dads, you’ll see VandalEyes pop up in the weirdest places [on the set].”

“Seth does a show called Robot Chicken, and my husband [Wil] worked on it a few weeks ago. He said even at the Robot Chicken studio—googly eyes everywhere,” Anne said. Seth Green even talked about his love of VandalEyes during an appearance on Conan O’Brien’s talk show last year.

So of all the places to stick googly eyes, why fingernails?

VandalEyes fans have long been gluing tiny googly eyes to their nails or painstakingly painting them on themselves. When Anne saw the Kickstarter from Espionage for their nerdy nail wraps line, inspiration struck. She contacted Espionage Cosmetics through Twitter, proposing a VandalEyes collaboration, and heard back from the company quickly with a resounding yes.

Anne and Bonnie worked with Espionage to create the VandalEyes nail wraps design, looking at Pinterest for inspiration, while also thinking about practical, everyday use. “I’m super rough with my hands, so I wouldn’t want eyes above, because I would hit them and they’d go flying,” Anne said. Bonnie agreed. “I worried about the same thing, because I’m such a tomboy—I can barely keep nail polish on… googly eyes would just go everywhere.”

Bonnie and Anne were drawn to working with Espionage Cosmetics because of the company’s obvious passion for geeky cosmetics. “It was a fun experience because they love what they do,” Bonnie said. “It was fun to be part of working with people that thoroughly love and enjoy their jobs, and love their products.”

This was no more apparent than during the VandalEyes photo shoot with Anne and Bonnie at the Espionage office, where the duo was greeted with detailed, handcrafted dresses covered in plastic, jiggling eyes. “And the funny thing was [about the dresses], we thought they were gorgeous and when we put them on, they were so loud because of all the pupils were hitting,” Anne laughed. “They were so loud, we couldn’t even hear what we were doing, and we were leaving a trail of googly eyes everywhere.”

Not only did the glow-in-the-dark VandalEyes nail wraps make their debut at Emerald City Comicon, Anne and Bonnie teamed up with WeLoveFine to offer exclusive VandalEyes T-shirts at the con and online—and their commissions go to charity. “Our friend Sean Bonner designed the logo for us so Espionage could use the VandalEyes logo on our wraps, so we just decided that would be the best thing to do for the shirts as well,” said Anne. “The proceeds go to the Pasadena Humane Society, which is a non-profit organization that I’m a board member of.”

“We both have rescue dogs, so that’s a big deal for both of us, to be able to give back to the Humane Society,” Bonnie told me.

With the googly eye army poised to take over the internet, fingernails, and T-shirts, Bonnie and Anne can’t help but be amused by it all. “It was just something we did to crack ourselves up,” said Bonnie. “We had no idea that it would become such a phenomenon.” 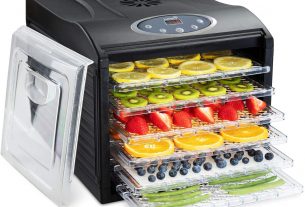 Giveaway: Win a ‘My Dolphin Show’ Prize Pack With an iPod Touch!