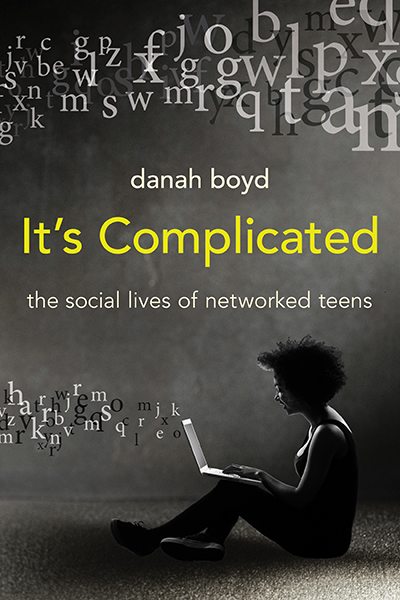 danah boyd is a Principal Researcher at Microsoft Research, a Research Assistant Professor at New York University, and a Fellow at Harvard University’s Berkman Center for Internet and Society who recently completed eight years of field work interviews with over 160 youth in order to write her new book It’s Complicated: The Social Lives of Networked Teens. The book winds up being a nuanced treatise on teen social media consumption that moves beyond accepted assumptions and digs into the research to answer questions like:

Children love to experiment with encoding messages. From Pig Latin to invisible ink pens, children explore hidden messages when they’re imagining themselves as spies and messengers. As children grow up, they look for more sophisticated means of passing messages that elude the watchful eyes of adults. In watching teens navigate networked publics, I became enamored of how they were regularly encoding hidden meaning in publicly available messages. They were engaged in a practice that Alice Marwick and I called “social steganography,” or hiding messages in plain sight by leveraging shared knowledge and cues embedded in particular social contexts.

The practice of hiding in plain sight is not new. When ancient Greeks wanted to send a message over great distances, they couldn’t rely on privacy. Messengers could easily be captured and even encoded messages deciphered. The most secure way to send a private message was to make sure that no one knew that the message existed in the first place. Historical sources describe the extraordinary lengths to which Greeks went, hiding messages within wax tablets or tattooing them on a slave’s head and allowing the slave’s hair to grow out before sending him or her out to meet the message’s recipient. Although these messages could be easily read by anyone who bothered to look, they became visible only if the viewer knew to look for them in the first place. Cryptographers describe this practice of hiding messages in plain sight as steganography.

Social steganography uses countless linguistic and cultural tools, including lyrics, in-jokes, and culturally specific references to encode messages that are functionally accessible but simultaneously meaningless. Some teens use pronouns while others refer to events, use nicknames, and employ predetermined code words to share gossip that lurking adults can’t interpret. Many teens write in ways that will blend in and be invisible to or misinterpreted by adults. Whole conversations about school gossip, crushes, and annoying teachers go unnoticed as teens host conversations that are rendered meaningless to outside observers.

These practices are not new. Teens have long used whatever tools are around them to try to share information under the noses of their teachers and parents. At school, passing notes and putting notes in lockers are classic examples of how teens use paper, pen, and ingenuity to share information. Graffiti on bathroom walls may appear simply to be an act of vandalism, but these scrawled markings also convey messages. As new technologies have entered into teen life, it’s not surprising that teens also use them in similarly cryptic ways to communicate with one another. Texting gossip during class serves much of the same purpose as passing a note, yet it doesn’t require having to move a physical object, which reduces the likelihood of getting caught. But encoding messages guarantees only that if all else fails, the meaning will not become accessible, even if control over the information itself is unsuccessful.

When Carmen, a Latina seventeen-year-old living in Boston, broke up with her boyfriend, she “wasn’t in the happiest state.” She wanted her friends to know how she was feeling. Like many of her peers, Carmen shared her emotions by using song lyrics. Thus, her first instinct was to post song lyrics from an “emo” or depressing song, but she was worried that her mother might interpret the lyric in the wrong way. This had happened before. Unfortunately, Carmen’s mom regularly “overreacted” when Carmen posted something with significant emotional overtones. Thus, she wanted to find a song lyric that conveyed what she felt but didn’t trigger her mom to think she was suicidal.

She was also attentive to the way in which her mother’s presence on Facebook tended to disrupt the social dynamics among her friends. Carmen and her mom are close and, for the most part, Carmen loves having her mom as one of her friends on Facebook, but her mom’s incessant desire to comment on Facebook tends to discourage responses from her friends. As Carmen told me, when her mother comments, “it scares everyone away. Everyone kind of disappears after the mom post.” She wanted to make sure to post something that her friends would respond to, even if her mom jumped in to comment.

Carmen settled on posting lyrics from “Always Look on the Bright Side of Life.” This song sounds happy but is sung during a scene in the Monty Python movie Life of Brian in which the main character is being crucified. Carmen knew that her immigrant Argentinean mother would not understand the British cultural reference, but she also knew her close friends would. Only a few weeks earlier, she and her geeky girlfriends had watched the film together at a sleepover and laughed at the peculiar juxtaposition of song lyric and scene. Her strategy was effective; her mother took the words at face value, immediately commenting on Facebook that it was great to see her so happy. Her friends didn’t attempt to correct her mother’s misinterpretation. Instead, they picked up their phones and texted Carmen to see if she was OK.

Part of what makes Carmen’s message especially effective is that she regularly posts song lyrics to express all sorts of feelings. As a result, this song lyric blended into a collection of other song lyrics, quotes, and comments. She did not try to draw attention to the message itself but knew that her close friends would know how to interpret what they saw. And they did. Her friends had the cultural knowledge about what references were being made to interpret and contextualize the message underneath the song lyric. Thus, she conveyed meaning to some while sharing only a song lyric with many more.

The above is an excerpt from the book It’s Complicated: The Social Lives of Networked Teens by danah boyd. It is a digitally-scanned reproduction of text from print. Although this excerpt has been proofread, occasional errors may appear due to the scanning process. Please refer to the finished book for accuracy.

The reviewer received a copy of this book for review purposes. 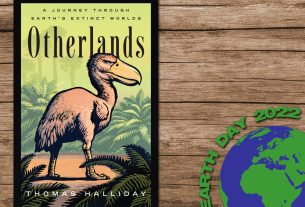