It is sort of an unwritten law of geekdom that when we have opinions about technology, we must have very, VERY strong opinions.  I faithfully adhere to this rule and had dually applied it to my sheer and unfettered hatred of all things Apple.  I thought the iPods were ridiculous.  I don’t care how small you can make it, it still sucked.  I found the obsession with iPhones a complete joke and once pointed and laughed at a line of people outside Best Buy the night before a release.  (Of course then I ran like mad but I still inflicted a wound or two on their egos.)  I could give you a whole list of reasons and would vehemently defend them all.

Oh the list went on and on in this fashion.  I even admitted in a previous post that I had never owned an Apple product. But very recently I accepted new responsibilities at work.  With new responsibilities came a handful of new perks, not the least of which was a new company phone (to ensure that I actually NEVER stop working).  And not just any phone, an iPhone 4.

I resisted.  I begged and pleaded and even drafted up an agreement for them to pay a portion of my personal bill.  I owned and loved my Droid and carrying an iPhone, even one as admittedly nifty as the fourth gen miracle recently hyped up, seemed so hypocritical.  I hated Apple.  They were pretentious and controlling and responsible for the technological travesty of the iMac.

But sitting on my desk Thursday morning was the over-packaged, shiny new iPhone 4, prepped and ready with everything I needed to wallow in self-pity.  I admit that the computer nerd who lives in my head was alternately screaming and fainting with joy at the prospects of exploring every nook and cranny of a brand new, highly coveted, piece of technology.  The shop-aholic in there was giddy at all the hours of app shopping in a store that all other app providers dream of holding claim to.  But the better part of my brain was weeping at the irony.  I held it, and noticed how surprisingly light-weight it was.  Especially in comparison to my Droid.  Now in defense of my still-beloved pink-encased baby of a data phone, I do own the original Droid.  The Droid 2, Droid Incredible, and Droid X came out long after my love affair with the all-seeing robot eye began.

Not wanting to carry two phones around needlessly, I decided to move my music to the iPhone via the dreaded iTunes store.  I was forced to admit that the iTunes store was a touch easier to navigate than my old friend Amazon.  I was hating this phone more than ever.  Not because there was anything particularly wrong with it, but because it was forcing me to reanalyze every preconceived notion I’d held of it.  I hate reanalyzing my own opinions.  Every opinionated person hates being forced to reconsider.  And there I was beginning to appreciate everything I’d railed against a mere week earlier.

I’ve now spent the weekend with it.  I app-ed myself silly and discovered that Facebook for iPhone is easier to navigate.  The iPhone is faster than my Droid (Again I refer to a three-generation age gap in production dates.  The Droid X would make for a better comparison, but as I don’t own that, I’m forced to the inequivalent side-by-side).  The camera is way better and I admit to making a twenty-minute Blair Witch-esque video of myself in a dark hallway using the self-capture video feature, complete with unnecessary panting and beanie cap. No, for reasons of self-preservation and pride, I will not post that, so don’t ask.

As to the other more important functions of the iPhone, the thing I thought I would hate the most was the domineering programming control Apple enjoys exerting over its customers.  Apple has a terrible habit of determining how you will use the product and even with the new multi-tasking feature, the Droid still offers more navigational freedom.  The iPhone does allow you to run several apps at the same time but only as background to the primary program visible on the screen.  My trusty Droid kept hacking away at everything I forgot to close out properly thus killing my battery in world-record speeds.  It turns out I deeply appreciate Apple insisting on their way.  I’m forgetful and lazy and they have an app for that.  Actually it’s a whole OS but it sounded more clever the other way.

The system of organizing and viewing emails is leaps and bounds better than any other data phone I’d been exposed to, even Blackberry who,  by very essence, pride themselves on being the email experts.  The on-screen keyboard is not as terrible as I feared it would be. It is intuitive and that’s great because I live in the world of red squiggly lines when writing.  My brain moves much faster than my fingers and if it weren’t for auto-correct my posts wuold look a klot likethis.

All this to say that I may be slowly (and painfully) adapting my world view.  The geeks of today must be pliable.  What doesn’t bend will break and all those other cliches people who are enforcing change spit out have been circling around my head this iPhone-absorbed weekend.  I’m afraid I must break that unwritten rule of barbed and venomous opinions and sit quietly on my fence of indecision with iconic white earbuds pumping out my iTunes.  I no longer hate Apple.  I can’t, really.  After an extensive examination of the new evidence I can’t say that I necessarily like them, but for now, can we agree on appreciate?

I’m still up in the air on the iBooks and iPads, but I can safely say that my laptop is due for replacement soon and Apple will be on the shopping menu at the very least.  As for the price, that’s still a sticking point for me.  I didn’t actually buy the phone and would not have had it not been handed to me very nearly on a silver platter.  Stay tuned for further posts on the saga of the potential conversion of a former PC-addict.   All in all I’m not sold yet.  I am opened minded and willing to hear the other side.  I do enjoy the iPhone 4 but it’s only been a weekend.  We will see.  I will say though, the half-eaten fruit is rather cute.

(Post-script: As further evidence of my being a card-carrying geek, yes, that is a speed of light sticker on my laptop and GeekMom on-screen.) 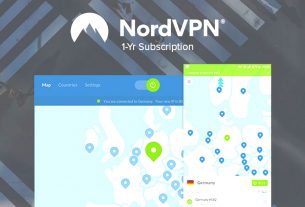