At the beginning of March, Read Across America Day kicked off National Reading Month, which is celebrated by schools and book sellers across the nation to encourage literacy and readers of all ages.

Here at GeekMom, we’re all avid readers ourselves, and we’re excited to share our love of reading and celebrate National Reading Month by sharing some of our top book picks for the whole family. These picture book selections cover the gamut of books that are new, old, well-known, and never heard of, but all are loved by the families that read them.

Brad Meltzer and Christopher Eliopoulos, both no strangers to the world of superheroes, turn to real-life heroes for their “Ordinary People Change the World” picture book series. I am Amelia Earhart focuses on the amazing pilot in terms young kids can understand. The whimsical art brings the lovable antics of Calvin and Hobbes to mind, and the story of Amelia is inspiring for readers of all ages. Upcoming heroes to be featured in the series include Rosa Parks and Albert Einstein. — Kelly Knox

Parents reading No Slurping, No Burping! aloud, from Kara LeReau and the Walt Disney Animation Studios Artist Showcase, can’t help but be reminded of old educational cartoons from Walt Disney; you can almost hear Jiminy Cricket popping up to introduce the book. The silly story takes a twist on teaching table manners by having the kids teach their father about the proper way to politely pig out. — Kelly Knox

Any and all of Bob Shea’s hilarious books should be on this list. His newest picture book, Don’t Play With Your Food!, follows grumpy monster Buddy as he hunts for his next meal. Instead, he finds something completely unexpected along the way: new friends. — Kelly Knox

In Livingstone Mouse by Pamela Duncan Edwards, Livingstone is a mouse looking for China, but his adventure leads to a surprise ending! This is an adorable book for little explorers. — Ariane Coffin

I love books that rhyme, and “Stand Back,” Said the Elephant, “I’m Going to Sneeze!” by Patricia Thomas is a prime example. It is so fun to read aloud! I often find myself reciting parts of it from memory every time I sneeze. — Ariane Coffin

The vibrant images in Nothing Like a Puffin by Sue Soltis are a big draw for me with this book, but I love the text just as much. Nothing Like a Puffin does an excellent job showing how two completely different things can have something in common. I feel like there’s a free life lesson to be learned here! — Ariane Coffin

There’s a natural cadence to the text in Bedtime at the Swamp by Kristyn Crow. You can’t read it aloud without falling into a sing-songy rhythm. The story follows kids who are afraid of a monster in the swamp, but in the end, the monster isn’t all that scary. — Ariane Coffin

Raising Dragons by Jerdine Nolen may be my personal favorite. It’s got it all: an African-American female protagonist, a hint of a Southern drawl, an interesting vocabulary, dragons, and the meaning of finding your calling in life. It’s definitively one of my top picks for birthday party gifts. — Ariane Coffin

I fell in love with Cat on the Hill by Michael Foreman, partly because the story is set in the small town where we went on vacation when I was a child. It is the story of an old ship’s cat, who now lives alone at the top of a hill overlooking the town and what happens to him in winter when the tourists stop visiting and the nights get cold. — Sophie Brown

Another stand out classic from the author of The Gruffalo, Room on the Broom by Julia Donaldson is a story about a friendly witch who just cannot say no to an animal. She invites a dog, a frog, and a bird to join her and her cat aboard their broom, until it simply cannot take any more. Check out the wonderful TV adaptation starring Simon Pegg and Gillian Anderson, too! — Sophie Brown

In Penguin by Polly Dunbar, when Ben receives a penguin for his birthday, he is thrilled. That is, until he realizes that this penguin doesn’t really do much. Honestly, it doesn’t do anything. Ben becomes frustrated and goes to increasingly insane lengths to force the penguin to respond, until an incident with a passing lion changes everything. — Sophie Brown

Guess How Much I Love You by Sam McBratney is the simple story of a father and son trying to tell one another how much they mean to the other. It is incredibly sweet and the illustrations are stunning; this was a regular choice for me when I was reading to my son as a baby. There are now an additional four books in the series, one for each season, which continue in the same style. — Sophie Brown

Is there any audience Neil Gaiman can’t write for? If there is, young audiences certainly aren’t on that list. His books Blueberry Girl, Crazy Hair, The Day I Swapped My Dad for Two Goldfish, and The Wolves in The Wall are all fun and fanciful tales to read aloud, but my own daughter’s personal pick is Crazy Hair.

Crazy Hair is the tale of a young Bonnie, who confronts the book’s narrator on his out-of-control locks. He then begins to share with her the adventures and marvelous creatures (hunting expeditions, dancers, tree sloths, and more) who reside in his “crazy hair.” Colorful and fun, with just a hint of Gaiman’s playful dark side, this book will both provoke giggles during the reading and quotes afterwards. Because of this book, we no longer get tangles in our hair, but instead harbor “pirate ships” and “dancing bears.” Any book that keeps the imagination going all day long is worth the read. — Lisa Tate

Poet John Hegley and illustrator Neal Layton have combined to create a truly wonderful picture book, Stanley’s Stick, which captures the playful nature of children. With its alliteration and puns, the prose is satisfying to read aloud and combined with Neal Layton’s lovely drawings, it makes a truly special book. — Helen Barker

Where Is the Green Sheep? by Mem Fox is a simple rhyming tale of a missing green sheep, and delights with its variety of ovine characters. The repetitive pattern of the text is soothing and perfect as part of the bedtime routine. — Helen Barker

Dinosaurs struggle with their table manners in the delightful book How Do Dinosaurs Eat Their Food? by Jane Yolen. Children love seeing the dinosaurs being picky, making a mess, and generally acting up around the dinner table before discovering their manners. “Try every new thing, at least one small bite” has become our tea time mantra. — Helen Barker

Illustrator Sarah McIntyre has created a bright and funny picture book, There’s a Shark in the Bath, about a little girl discovering a family of sharks in her bath and the chaos which ensues. The text is delightfully amusing, but it’s the exciting pictures which really make this book special. You can also download activities and drawings from Sarah’s website. — Helen Barker

Is your voracious reader still on the hunt for more picture books to read? Check out the 2013 Caldecott Books, Seven Books British Kids Love, and 10 Picture Books to Inspire Imagination.

GeekMom received some of the books on this list for review purposes. 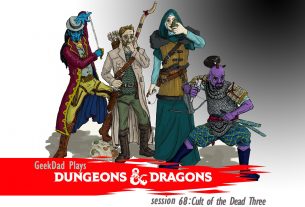 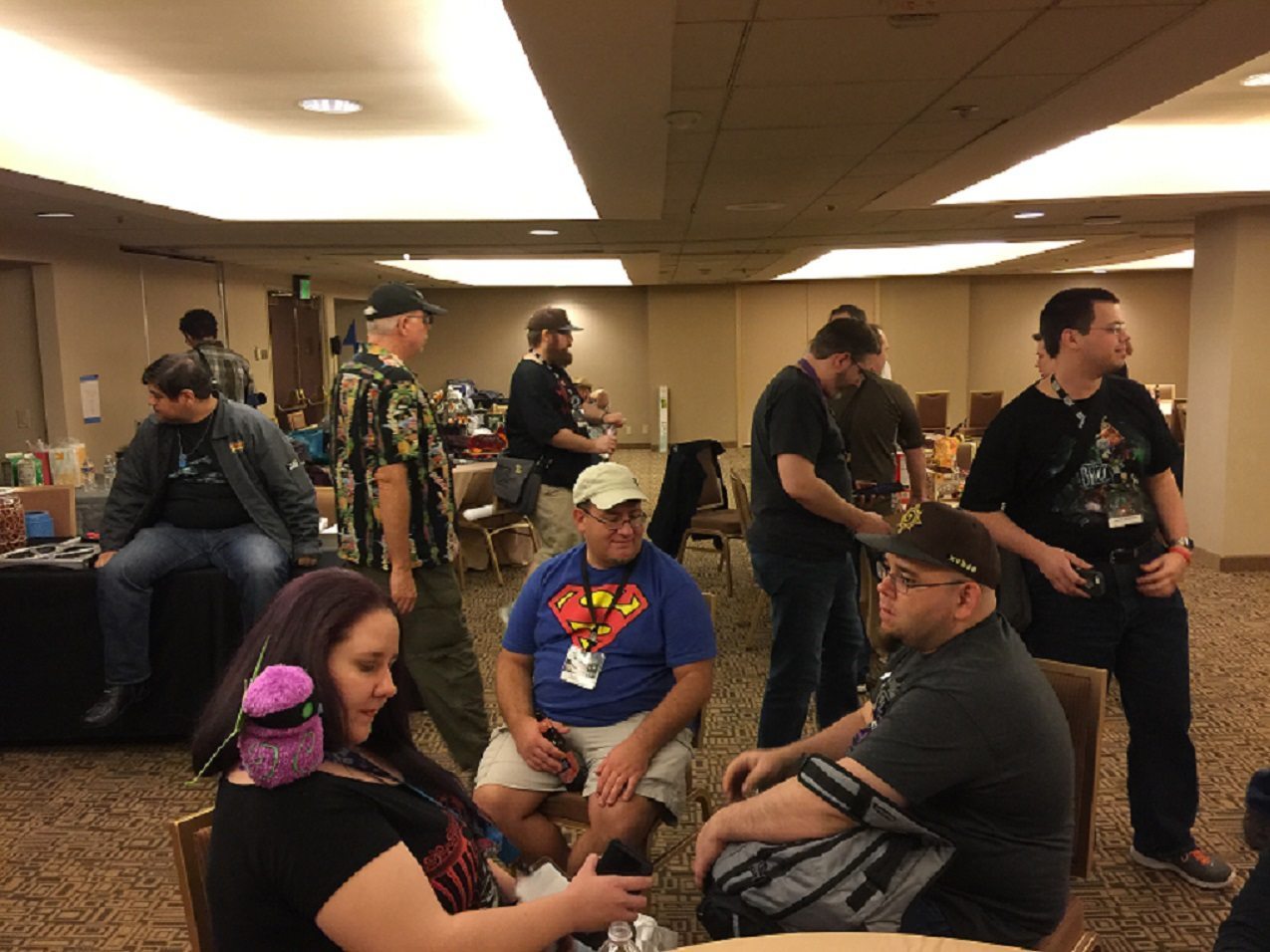