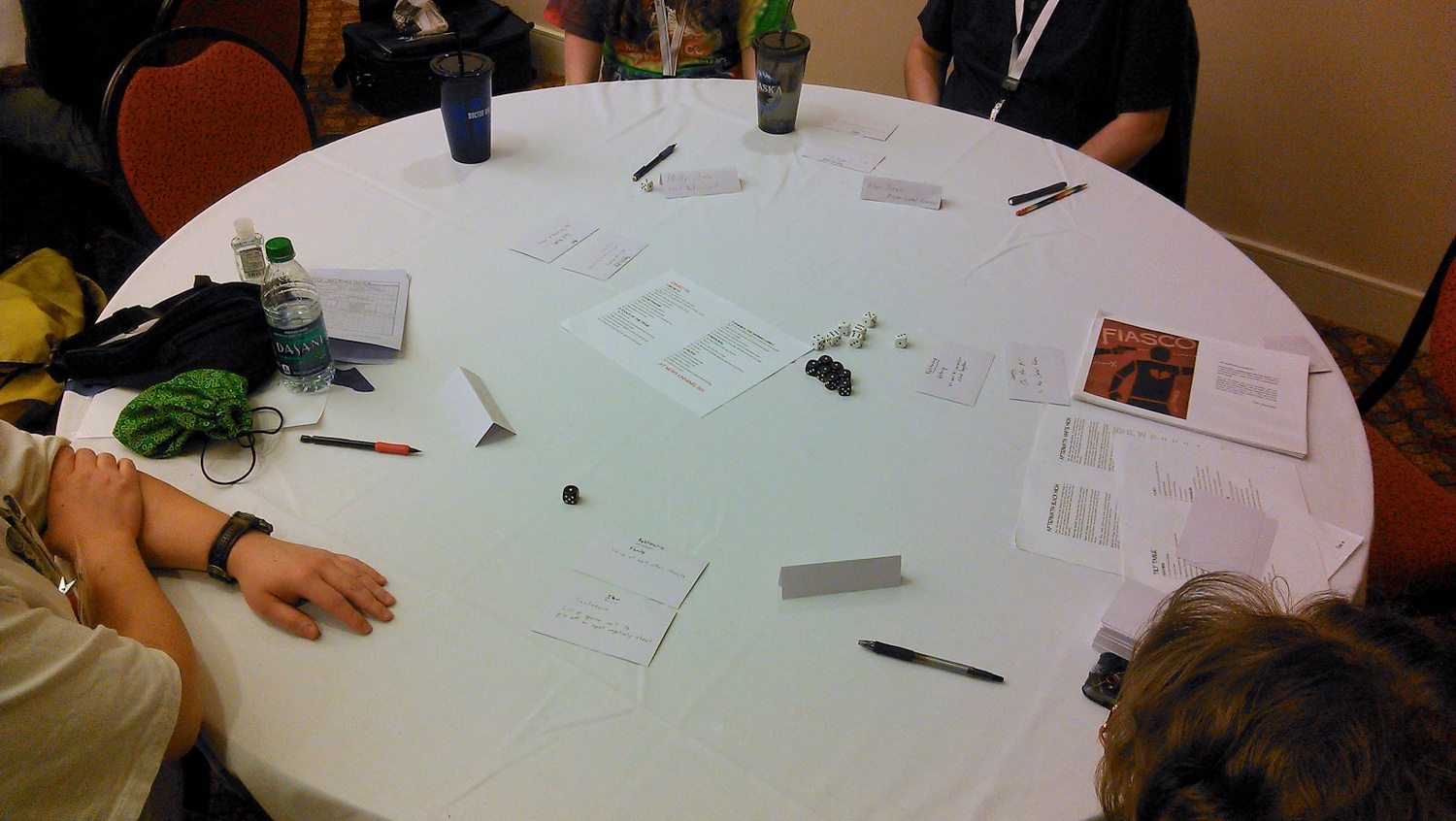 Friday, March 21 was my second day of GameStorm 16: a local tabletop gaming convention. Yesterday, I tweeted pictures of every game that I played. The fun continues today—again, barring internet connection and phone battery.

At @gamestormcon with @timsmartini and my daughter. Excited to start playing games. #gs16

Yes, it is a Friday. Yes, there is technically school. But, with so many board games being played that foster reading, math, and reasoning skills, I figured the convention would be equally as educational as school—but just this once.

While we were waiting for games and people to become available, we played Fluxx, a game that has been out for awhile. Hubby and VIP (my daughter) hadn’t played it before, but caught on quickly. If your family is a fan of the Fluxx series of games, it is an excellent addition to the collection

During the convention, part of the marketing strategy by the  nice people at Gamesicle was to hand out packets of cards containing the three Bane characters: Vampires, Werewolves, and Humans. Along with these 10 cards was a rule card, which was punched and put with the attendee’s badge showing other con-goers they play Bane. In Rock, Paper, Scissors fashion, two players find each other and try to beat each other’s cards. The player who wins takes the card. When a player gets 20 cards, they could turn them in at the Gamesicle booth for an entry into a prize drawing. The 6-18 aged crowd were the most ruthless and consistent players of the social game. The Gamesicle people said it was interesting how the cards were used at the convention—that by the end, they were almost used as currency. They had 300 packs available at the convention, and there were many more people at the convention than 300.

Otontin: Though there are several instances where I would deviate from the rule book and make “house rules,” this game has promise. Think along the lines of Zombie Dice, but players get to actually get something out of what they roll. This game is already available for sale, though it is difficult to actually find a copy to purchase.

In Machine of Death, how do we kill With a thermonuclear explosion? #gs16 @jonathanhliu @DeeAnnSole @curtiscchen pic.twitter.com/ikn5isJ282 — Cathé Post (@GamerMom1_0) March 21, 2014

Machine of Death:  I have played this game enough times now that I feel ready to review it—but that is for another time. We thoroughly lost this game and shamed ourselves as assassins, but it was a blast. Gnomes…I blame the Gnomes.

Bullfrogs was SO PRETTY! Strategy, but not too hard. @jonathanhliu pic.twitter.com/BOw8yZ7irQ — Cathé Post (@GamerMom1_0) March 21, 2014

Bullfrogs: The game was fun, and the strategy could range from low to extreme. The thing I really took away from the game though is how beautiful it is. The common cards line up to make a lily pad design worthy of hanging as art on the wall, and the players cards also line up to make an equally gorgeous design. When this game is finally on Kickstarter (sometime in April I think I heard), I plan to back it for its beauty and family playability.

: This one has been around for awhile, and with its longevity, the game has gained numerous scenarios for players to choose from. For those unfamiliar with the game, it is heavy on the role-playing and light on mechanics. There is some dice rolling, but a majority of the game relies on storytelling and impromptu interaction with other players. This specific group held a lot of firsts for me. First, it was the first time as a game master. My husband was supposed to run the game, but was double-booked to also run Dread/Jenga at the same time. So, he got the group started and handed the reigns over to me. The second first was playing with a kid. Having a 13-year-old in the group made it difficult to take full advantage of some of the elements provided in the scenario we played.

…before the Innkeeper sacrificed herself to the Giant in the tent to save the party. pic.twitter.com/CV7GWii5RZ

If you read my normal gaming journal, then you may remember I have talked about Dread before. My hubby, Tim, was excited to be able to run the same campaign of Dread we recently played with our friends with a giant Jenga

. The players really got into it. In true Dread fashion, the Innkeeper’s Daughter knocked down the tower sacrificing herself for the good of the party and fell to the ground to add to the melodramatic tone.

It was an amazing—and long—second day of gaming at GameStorm 16. Tomorrow will be a second long day—with no kids! I’m excited to meet more new people and, most importantly, play more new games tomorrow! 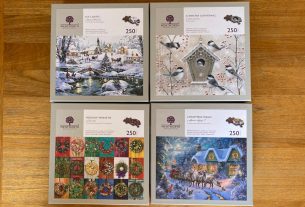 Gather Your Family for a Traditional Wooden Puzzle This Holiday Season