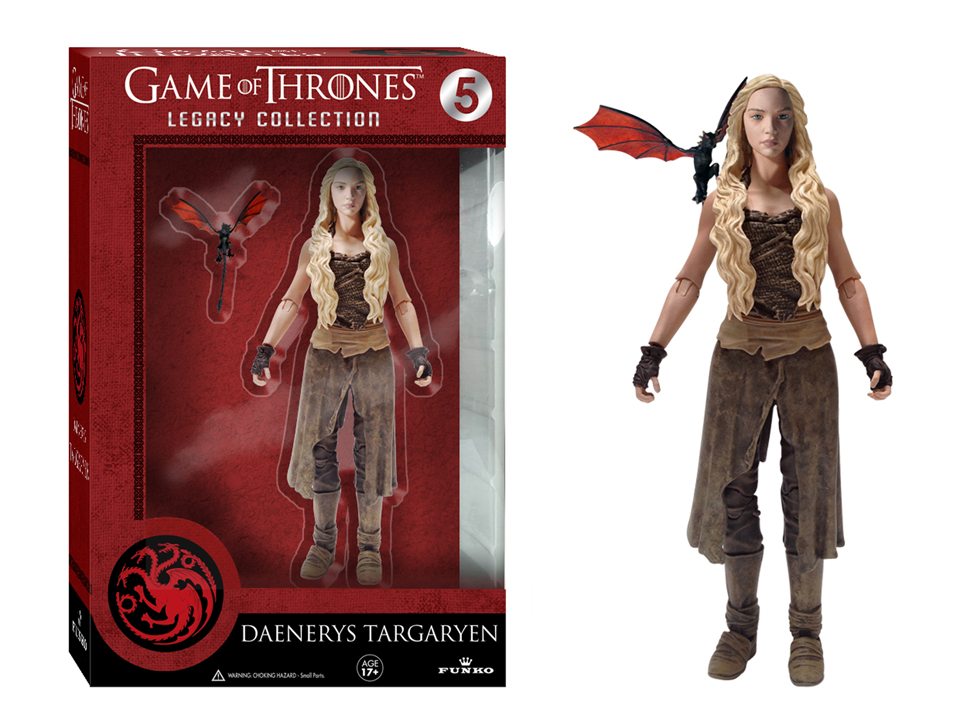 It’s about to get bloody.

We’ve seen different companies do different action figures before. However, both Dark Horse and Funko just announced new Game of Thrones figurines within the same 24 hours. The timing isn’t all that curious, given that the Game of Thrones: The Complete Third Season DVD is just days away.

Both of the sets have been given HBO Global Licensing’s blessing and both have some incarnation of a few of the same characters.

Funko already has a slew of Game of Thrones dolls—the kind that I could definitely build a nursery around. Now, the company is getting ready to release its first Legacy Collection, a set of action figures with at least 20 points of articulation and plenty of removable accessories for each.

At launch, the lineup will include Jon Snow, Daenerys Targaryen, Sandor “The Hound” Clegane, Tyrion Lannister, Ned Stark, and White Walker. The Legacy Collection will be a Barnes & Noble exclusive starting February 18, with the set getting a wider release on March 4. Additional figures will then follow sometime this fall.

If you’re willing to wait, you may want to mark your calendar for Dark Horse’s latest GOT release. This line is non-articulated, with each figure measuring about 7.5 inches tall.

The company had previously released figures for Jon Snow and Daenerys Targaryen, with Tyrion Lannister, Khal Drogo, and Ned Stark all coming in time for Season 4’s April premiere. The newest announcement is that Cersei Baratheon, Arya Stark, Robb Stark, Jaime Lannister, and White Walker will join the collection in July, with five more coming sometime in November 2014. That lineup has yet to be announced.

Dark Horse has already made some figures that any GOT fan would be proud to put on display. However, I’m partial to moving parts and add-ons. Choose your favorite weapon (and character), but know that Funko has priced the Legacy Collection at $19.95 each, with Dark Horse coming in at $24.99.

Highlights’ State of the Kid Report: Thoughts on Bullying, Happiness, and Gender