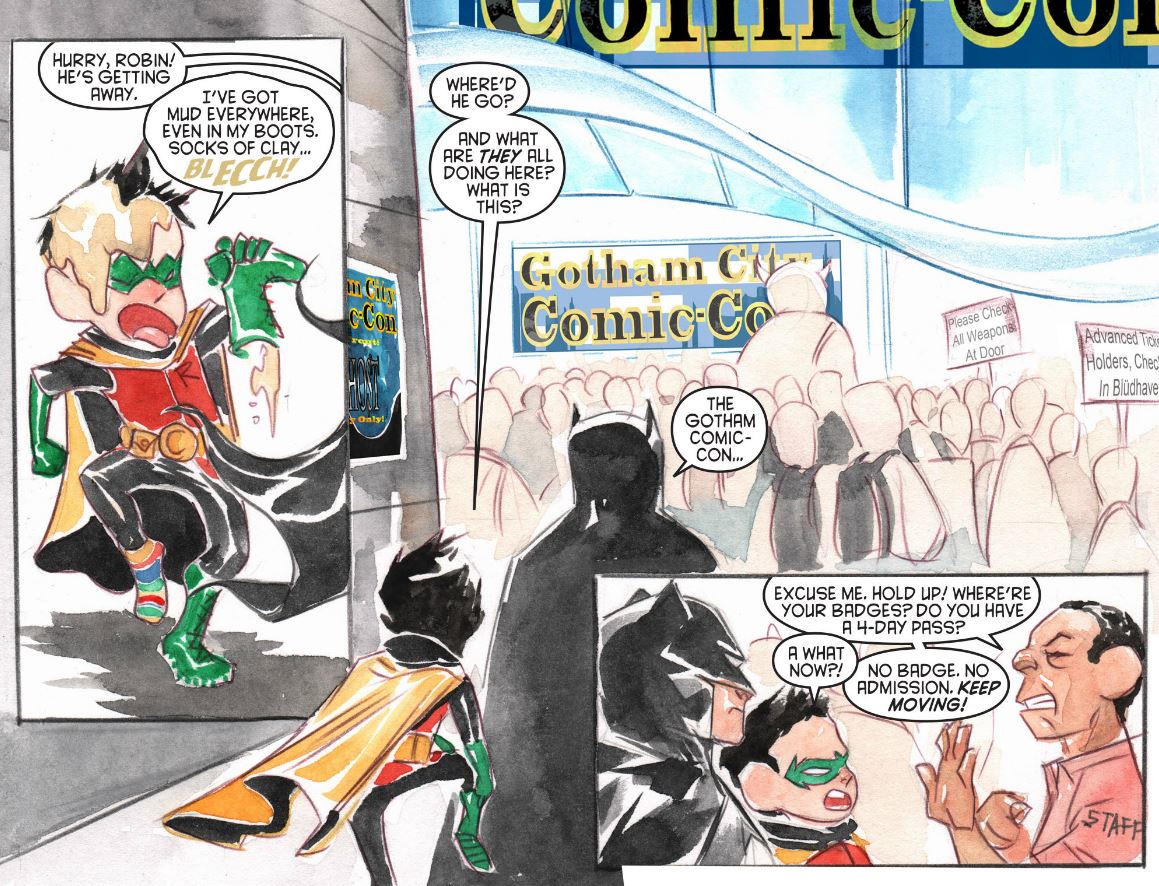 Happy Comic Release Day! Welcome to another installment of GeekMom Comic Book Corner, where we recap our adventures in comics for the week. This week, I take a walk through Gotham Comic Con with Batman and Damian. Meanwhile, Kay takes a look at The Unwritten, Lisa looks at Deadpool: The Gauntlet, and Sophie continues with The X-Files Season 10.

But First…Corrina has a huge spoiler for Batman #28. Major, major, major spoiler….Ready….skip to  the bottom of the article…

For #ComicBook365 the other night I read the recently canceled, Batman: Li’l Gotham #15. The premise of the series is Batman through the holidays with each issue focuses on a different holiday in Gotham.

This is my favorite issue for a number of reasons. First, the “holiday” for the issue is Comic Con, specifically, Gotham Comic Con. Second, one of the scenes felt like the author was trying to get a point across about how characters change throughout their lifetimes. Last, but not least, we get some neat “appearances” from Gotham cosplayers dressing up as famed DC Comics characters like the Teen Titans and Stephanie Brown’s Nightwing.

While searching the convention for Clayface, Damian and Batman split up to “cover more ground”. Watching as Damian reacts to his first comic book convention was pretty funny. Instead of looking for Clayface, he finds time to look for “his version” of a comic book character, judge other cosplayers costumes, and take down a vendor of “illegal” plastic goods.

Damian isn’t the only one with his mind off the job. Batman hunts down the The Grey Ghost for an autograph, and to make the scene 10-times cooler, Batman utters word for word what he said to him as Bruce Wayne in Batman: The Animated Series.

Overall, Batman: Li’l Gotham #9 is one of my favorite issues of the series and I wish it’s light could have lasted a little bit longer. It was a great little digital series to look forward to and never took itself seriously. Not to mention it was an all ages comic that anyone and everyone could enjoy.

In this collected volume of issues 42-49 of The Unwritten, the story spirals around with many main characters, including Tom Taylor, visiting Hades. He discovers that right and wrong and debts and gifts are not read the way we write them. Carey subverts stereotypes of the underworld, minions, dark lords, sidekicks, and dozens of other tropes while simultaneously honoring them (an approach sure to make you question your own interpretation).

With The Unwritten sprawling through all of fiction and all the world, I was afraid that as it progressed, it would become unreadable, but this collection answered some of my questions, gave me some new moves to admire, and has me breathless again for the next installment.

Lisa Tate–Deadpool: The Gauntlet #1 by Gerry Duggan and Brian Posehn

I’ve stayed away from the “Merc With The Mouth” for too long, and realized I had been missing those yellowed sarcasm-filled word bubbles. I just started Marvel’s latest Deadpool series, Deadpool: The Gauntlet by Gerry Duggan and Brian Posehn, with art by Reilly Brown and colors by Jim Charalampidis.

This first issue had me snickering immaturely throughout, and even the subtle “oops” vibe of the final page was perfect Deadpool humor. You don’t need to follow the current Deadpool run (also by Duggan and Posehn), as The Gauntlet is an entirely separate story-line, in which Deadpool finds himself dealing with the vampires of London. Yes, you can expect a well-placed snipe at the Twilight series from Wade Wilson himself, as well as the classic Deadpool action and consistently clever dialog.

I wasn’t sure I would enjoy this new series, as I had been such an avid follower of writer Joe Kelly’s style when Deadpool first received his own series in the late 1990s, and became a little complacent with the story when others took it over, even great writers like Priest and Gail Simone. Duggan looks to be worthy successor so far, and I’m happy to be back on that crass and crazy ride, which is Deadpool.

Of all of The X-Files episodes, one particular sub-genre of which I am particularly fond is the Scully-in-Peril stories. There were rather a lot of them as Mulder & Scully seemed to take turns to dramatically rescue the other every few weeks, but it was always the Scully ones that I loved.

We often saw her talking to those intending to cause her harm, reasoning with them and even empathizing with them; but in doing so, she also allowed us to see more of her. Some of our deepest insights into who Scully really is came from those episodes and this month’s issue of The X-Files: Season 10 offers us the deepest look we’ve had at Scully’s psyche since this comic series began.

The issue is a standalone monster-of-the-week story with Mulder leading an FBI team on a kidnapping case as the readers gain insight into the “Chittering God”. It’s clear from the outset that the case is affecting Scully more deeply than Mulder (honestly one of the only issues I had with the plot was how long it took the normally insightful Agent Mulder to click that his partner was in danger) but it’s only at the end that we see why that’s the case. You see the Chittering God needs his tributes, his sacrifices, and he only wants “the lost and the hurting”. Only none of us realized just how much Scully fit into that category, I’m not even sure she did.

Even away from the astonishingly good Scully plot, this is a great issue. There’s some classic Mulder dialogue kicking the post-titles story off and the shipper in me nearly exploded during Mulder and Scully’s motel room scene. But really it’s Scully’s story here and an opportunity to see what’s really going on inside her head now that she and Mulder are back on The X-Files, before we return to the mythology.

And it’s quite literally a spoiler. Stephanie Brown as the Spoiler–the Bat character who just will not die–is back in Batman #28. Her return already was anticipated but certainly not this way:

She’s the crucial element in what’s gone wrong in this utterly dystopian version of Gotham where everything has fallen apart but I assume we’ll find out more in the upcoming Batman: Eternal but, for now, I’ll leave you with the final words of the issue that re-introduces Stephanie:

“Her name is Stephanie Brown. She calls herself Spoiler. And she’s the only one in this city who knows how to stop what’s coming next.”

What’s next? Are we getting some sort of universe reboot once again at DC? If Steph knows the past as it was, does that mean the Bat-universe will change back to what it was? Ah, who am I kidding? My desire for the best to happen with this new DC reboot over the last two years has been much like being a Red Sox fan before 2004.

But, hey, the Red Sox finally won. Will this pull me back into Batman comics? We’ll see. 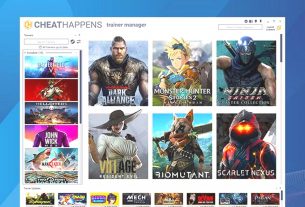 Are You Sure You Don’t Want to Play Shadow Puppets Again?