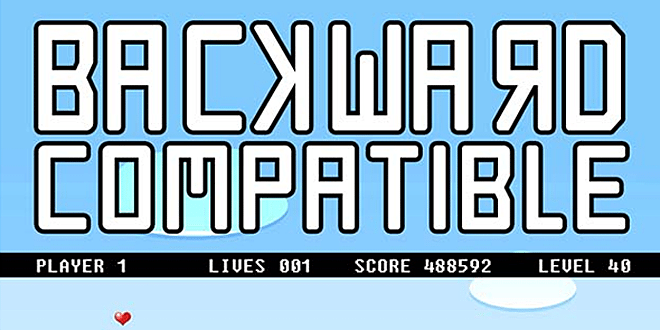 I’ve never been all that big a fan of romance as a genre. I think the biggest problem I’ve always had with it is that is simply doesn’t represent who I am. OK, so that statement could apply to most of us unless of course you were painted lounging naked on a chaise lounge on the Titanic, but if you’re reading a website called GeekMom I’m sure you get my point. Romantic films always seem to be about girls who have a secret desire to have boys propose their undying love in front of the whole school/holiday camp/castle. If you’re like me, then having someone drag you into the spotlight for any reason is enough to trigger a panic attack that will last several days and being crowned prom queen is probably the most embarrassing and cringe-worthy things that you could imagine.

Backward Compatible is a boy-meets-girl romance for people like me. It opens at a midnight release for the 10th installment of fictional game Fatal Destiny X where George (cosplaying as a druid character named Wayfarer) meets Katie (cosplaying Syntania, a scantily clad mage) and soon introduces a cast of characters I felt like I already knew. There’s Lanyon the best-friend who I’m sure was based on one of my high-school friends, Seynar the somewhat arrogant blogger who believes everyone wants to read his opinions of The Desolation of Smaug despite only having 12 followers, and a host of other random gamer types. The plot follows George and Katie’s exploits through both the real world of their new found friendship and also online in FDX as they and their friends team up, gathering the weapons they need to fight the game’s ultimate hidden Boss.

The book is crammed full of more references than an entire season of Community, and not just the soft-core ones that anyone who’s seen Star Wars will get. The level of obscurity attained inside these pages is enough to impress even the most die-hard nerd. There’s an impressively involved Portal gag, a joke about Christopher Tolkien, and more Python references than you can shake a heavily-laden swallow at; plus the characters even occasionally swear in the Firefly style. At first the constant referencing felt forced, as if the authors were intentionally trying to cram as many in-jokes onto each page as possible, but the style soon settled down and soon it felt more natural. Once you got to know the characters it seemed obvious that they would tell a Denny’s waitress how many pancakes they wanted by announcing that “three is the number of the counting and the number of the counting shall be three.”

As a lot of the plot follows the characters playing FDX, the gaming talk comes thick and fast (insert countless jokes about grinding at this point). I’m not a hardcore gamer so a few went over my head but even my husband who has never played an MMO, RPG, or anything along those lines in his life enjoyed the book and had no problems figuring out what was going on. Of course a familiarity with that world is going to enhance your appreciation of the book exponentially but most people who’ll pick this book up will have no problems there. Gaming also plays a large part in one of the most traditionally romantic parts of the book, when George writes a poem for Katie. However unlike poems in most other books this one includes the line, “You are the weapon at my spawn point.” It’s a very specific line for a very specific kind of girl, but for the right girl it’s about as romantic as it comes.

I absolutely loved this book. It was about people who represented me and it was set in the real-life world I have inhabited since my early teens. I wanted the characters to be real so I could talk to them and become friends (also FDX sounds pretty freaking awesome). OK, so I’m a married mom and so have left the awkward dating phase behind, but this is still my world. I hope we get another book in the series where we can meet George and Katie a few years on and see how their relationship has progressed. After all, staying up all night to grind and level your character is a lot trickier when you’ve got a baby–just saying! 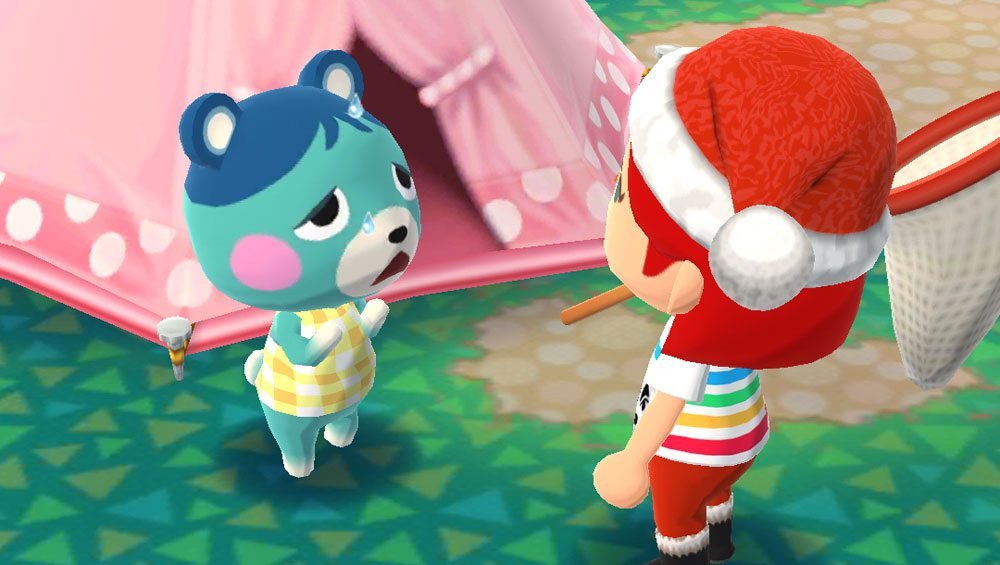 Let’s Have a Word About ‘Animal Crossing: Pocket Camp’