It’s a first world problem I know, but in my life there are several things that have to happen on Christmas Day to make me feel like I truly kept Christmas well. As I look back on Christmases past, I can see how these things morph over time. Though traditions have changed with marriage, trans-Atlantic moves, and children, many of these things remain the same: we eat Chinese food on Christmas eve, we have an enormous roast beast dinner on Christmas day, and we watch a good movie. Not necessarily a new movie, but a good, sit down together as a family, laugh, cry, carry on kind of movie. Growing up we watched The Wizard of Oz, or Hook, or the remake of Miracle on 34th Street. Last year it was Arthur Christmas. This year, after much internal debate, it was Monsters University.

My son and I went to see Monsters University when it came out in theaters, and though I was slightly dubious about a fraternity version of two of my favorite monsters, I was pleasantly surprised. Toby talked about the movie for weeks, and from then on every time he saw Mike or Sully, they were from Monsters University, no longer Monsters Inc. I thoroughly enjoyed the movie and looked forward to the DVD release. So this year, after mulling over Planes vs. Thomas’ King of the Railway vs. Turbo I finally decided that Monsters University would be under the tree on Christmas morning.

Ever since I found a Robots multi-pack at our local Sam’s club, our disc of choice has been the DVD/Blu-ray/digital combo pack. We don’t own a Blu-ray player yet, but friends and family do, and I’m told it’s inevitable. Having gone through the VHS and DVD versions of all the other Disney movies, I like the idea of having the digital copy for when Blu-ray becomes antiquated!

Without giving away the goose, the collector’s edition currently available has everything I could have wanted from post-roast beast viewing. In addition to the movie, there is of course the short that came with it in theaters “The Blue Umbrella.” I remain fairly disinterested in this short; for me nothing will ever beat “For The Birds,” which was, funnily enough, shown before Monsters Inc back in 2000.

There are several hours of extras, including some great behind the scenes sequences. Audio commentary is provided by director Dan Scanlon, producer Kori Rae, and story supervisor Kelsey Mann. I found “Campus Life” to be the most interesting of the real world extras. It’s a tamer version of the Scare Games featured in the movie itself, giving you a glimpse into a real day at Pixar. To go along with this, “Paths to Pixar” shows animators talking about their many rejection letters before landing the dream job.

For those wondering about the oft-quoted line from Monsters Inc., “You’ve been jealous of my good looks since the fourth grade, pal.” You will get to see some footage created in the early stages of development. You get to see a young Mike in the final cut of the film, my oh my, are fourth grade Mike and Sully ridiculously cute. The fact that Monsters University dispenses with the history behind this line really didn’t bother me, but I did enjoy a look at the story line that was discarded. Like many, I always assumed that “since the fourth grade” just meant “a really long time.”

In case you were wondering what constitutes a geek Christmas in our house, in addition to a good movie, I like a good book and a good game on Christmas day. This year we played Dan Shapiro’s Robot Turtles leading to many screams of “Mommy! I wrote my first code!” and read Jennifer Oxley and Billy Aronson’s The Chicken Problem, featuring Peg plus Cat from PBS Kids. 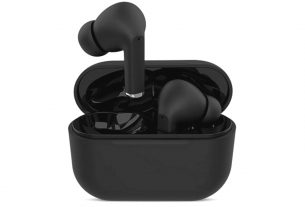 Somewhere Only We Know: Music, My Kid, and Keane