My family’s first experience with the Nintendo consoles turned out to be a lot of fun. We tested the Wii U, Wii Fit U, and Wii Fit Meter. We loved the included games, and I ended up liking the Wii Fit Meter much more than I thought I would. One concern below, but overall: Yup! it’s a go.

We weren’t a Nintendo family. Not a single Nintendo platform in the house. We played our (numerous) games on other platforms.

So when I set out to review the Wii Fit U and Wii Fit Meter, I knew, going in, that Wii had a different philosophy, and was prepared for a bumpy transition.

Instead, we all found it pretty easy to figure out, especially the younger testers. The Wii U comes with a step-by-step setup guide that is clear and helpful, and the platform has a sleek profile. It also comes with new GamePad that allows for play and simultaneous TV watching, as well as a few other features I’ll discuss below. There was, in our case, a lengthy software update, but once we got through that, registering for the Wii U shop gave us a lot of download options*—and I’m excited about all the new games listed for 2014. I’m not the only one. Various members of the family are looking forward to playing a lot of Wii games together, from SuperMario World 3D to Legend of Zelda, Wind Walker (recently reviewed by GeekMom Cathe Post).

*NOTE: There’s a limited-time software trial: If you are interested in the Wii Fit U and already have a Wii U and a balance board, Nintendo is offering a free software trial through January 31, 2014. Best part? If you get and register a Wii Fit U Meter by that time, they say you can keep the Wii Fit U software “forever, at no additional charge.”

… To Wii U Converts

More to the point, the multiplayer options of Wii Fit U mean that I can work out with my daughter—though actually, she calls it playing games, and so do I.

But these are games that get us both up and moving, and we’re having a lot of fun doing that together. It also means that I can get a workout even when the weather is horrible outside, or there’s no school or childcare. And I don’t have to join a gym for the winter. I’m looking forward to playing during the holidays, so I won’t have to do so much fitness catch-up once New Years Day rolls around and reminds me of Resolutions Past.

The whole Wii U setup has my imagination working overtime. I want Nintendo to partner with Dark Horse Comics for a River Tam fight workout, with Marvel for a Superhero challenge, and with Nickelodeon for an Avatar: The Last Airbender balance and motion practice. Seriously—Waterbending? Earthbending? TOTALLY perfect for this system. Nintendo- please get on this? I want to fight like River Tam. And to waterbend. Your system is perfect for that. Hook me up!

Highlights of  Wii Fit U

What was most impressive for me was the interactivity of the balance pad, the tablet, and the Wii U—specifically all the different ways that Nintendo programmers have figured out how to game the balance pad and the controller. I love it. Luge? Fantastic. Yoga, so perfect. The way the balance pad works with step aerobics and Zumba? Really outstanding. So, Wii U? I’m sold. We’ve unlocked advanced features on a number of games so far, after only a few days, you’ve lured me in with your exergaming. A few things will need to change in our house, for instance, because we didn’t have a Wii before, we realized that we need a Wiimote to do some of the boxing and dance games, but those are coming.

I expected to be annoyed with the Fit Meter—in part because it’s a puck roughly the size of an Oreo, and my friends have been showing off their sleek Fitbit wristbands, and in part because I didn’t want to have something clipped to me all the time. But you know what? The Fit Meter did exactly what it was supposed to do. Counted my steps. There were lots of them! The meter’s size wasn’t a problem. And the Fit Meter is much cheaper than a Fitbit wristband.

Syncing the Fit Meter and the Wii Fit U tablet and software is a little complicated. Because both the meter and the tablet transfer data by infrared signal, you must aim the head of the Fit Meter at a very small area at the top of the Wii U controller tablet. This is a little awkward the first few times (also counter-intuitive, as I was expecting to be able to just “dock” the puck to the base of the tablet, or have it sync in proximity). But it is doable, with practice.

Our entire test group loves the games that came with the Wii Fit U download. If you have Wii Fit software already, Nintendo says there are nineteen new games in this version, including luge and climbing, plus a new dance mode.

The core building exercises are great—from luge to ski-jump—as are the obstacle courses and hula hooping. And it’s all exercise that gets counts on the Fit Meter.

My family in particular thinks the winter sports mentioned above are great fun. And I totally felt the effects of the core workout the next day.

Then there’s the bit I was most excited about when I first saw the box: Wii U’s Yoga. This is a great video yoga trainer, both for basic moves, broken out into individual practices, and for longer sessions. One of the best parts, for me, is that the balance pad constantly tracks your center of gravity and visually helps you auto-adjust to perfect your balance. More than that, an option to “mirror” and self-assess lets the Wii yoga practitioner place an image of themselves on the screen next to the yoga instructor.  I am finding that tool very helpful for perfecting posture. The mirroring is done using the Wii U tablet’s built-in camera. Mirroring is an option, not a requirement—excellent flexibility on Nintendo’s part.

To sum up: just an all-around great application of software and hardware.

I can see where the Wii Fit U tools—the great gameware, the intuitive controls, the low-profile platform—could be amazing for anyone looking to work out at home, either in between tasks, or as a way to start a fitness routine in private. And especially for those looking to recover balance and strength after illness or injury. Back when the Wii first came out, years ago, this was some of the best buzz I heard about it. But I think there’s one item that’s holding Wii U back from becoming the go-to video fitness software of choice for lots of diverse audiences. And it’s a problem that’s been around since 2008.

This is the only major hangup I have with an otherwise great platform-software-interface package. Unfortunately it impacts the usefulness of the Wii for the above groups. It’s not a deal-breaker for my test group, this time, because we’ve figured out a few ways to hack the assessment (below), but it is problematic.

In order to play any of the Wii Fit U games, you must take a fitness assessment. There’s no way to opt out of it. Even if your kid has a friend over who just wants to try a luge run with their own avatar. Fitness Assessment required. That’s problem one.

Problem two is that the algorithm that drives the fitness test is BMI-based. This results in some strange calculations if your weight/height ratio is off due to any number of things, including—amusingly—fitness indicators like muscle mass. Several family members and friends who are in reasonably good shape—including two runners with 5Ks under their belts, a weightlifter, and a weekend basketball player—were told that they fell outside BMI norms. Worse, when they were informed of this, their avatars immediately changed shape onscreen. This kind of body-shaming was not OK with me, and my test group questioned it too.

I know that Wii had some issues with the BMI ratings in the past, and it looks like this part has not changed. For someone who is dipping a toe in the workout waters, or who is getting back into it after an illness or injury, this kind of automated feedback could be discouraging, at the very least. In addition, the proposed optimum weight level for several of my test group members was much lower than what they were comfortable with as an optimum weight for their age and health. I can only hope that Wii uses their software upgrades to make the fitness tests—or at least the assessment responses—optional in the future, at the very minimum.

In addition, accuracy of the balance assessment varies. I fail the balance portion of the fitness assessment regularly, then go on to rack up “perfect posture, perfect balance” points in advanced Yoga. Who knows why.

Since the fitness tests are mandatory, not optional, some friends have helpfully provided suggestions for how to hack this most unfortunate portion of an otherwise great setup.

An enormous thumbs up from our family and friends for the new Wii U and Wii Fit U. An additional thumbs up for the Wii Fit Meter.  One request that the fitness assessment become, at the very least, optional.

And, oh yes, an ongoing plea for a River Tam Fight Workout. The last one would be supergreat.

Wii U (box set with Legend of Zelda, Wind Walker), other options and prices available: around $300-350

*Reminder: If you are interested in the Wii Fit U and already have a Wii U and a balance board, Nintendo is offering a free software trial through January 31, 2014. Best part? If you get and register a Wii Fit U Meter by that time, you can keep the Wii Fit software forever, at no additional charge.

What Character Traits Do You Most Want to Instill in Your Child? The Results Are In! 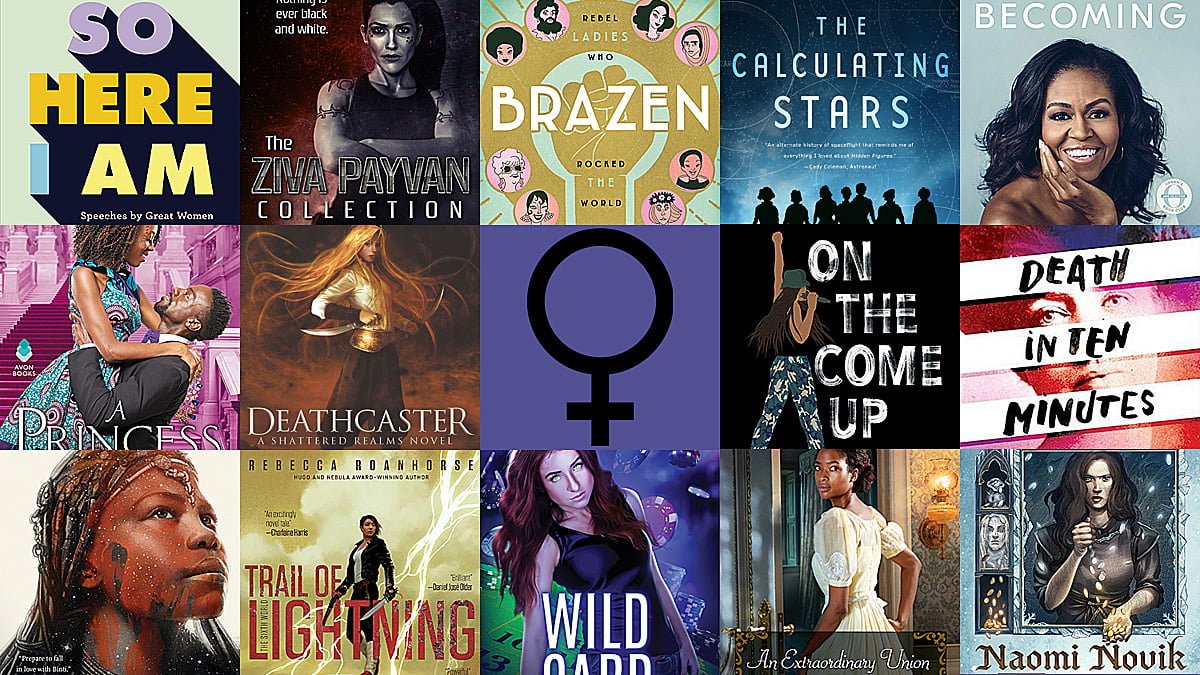 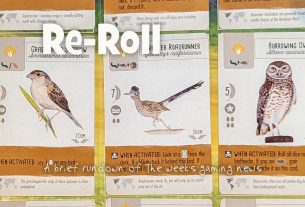