This month the GeekMoms have read an interesting collection of books covering math (from The Simpson’s, even), geometry, essays, and garbage.

Kelly Knox was taken back to her first year of college thanks to the delightful novel Fangirl from author Rainbow Rowell. The story follows fan fiction writer and identical twin Cath as she leaves home for her freshman year of college. Her twin sister wants to branch out and make new friends, leaving Cath fending for herself with a stranger for a roommate.

All Cath wants to do is squirrel away and keep writing her Simon Snow fan fiction (think Harry Potter), but finds herself reluctantly making friends and making her own way through an eventful first year at school. Fangirl is an engrossing read with likable characters and world of fandom that you will wish was real.

This month Patricia found time to check out Simon Singh’s The Simpsons and Their Mathematical Secrets which was released at the end of October. What a fun read! And double bonus word score: You don’t necessarily have to be a fan of The Simpsons to appreciate the mathematical fun the show has enjoyed over the years.

The book is presented in a historical context, and the mathematics referenced throughout the show is thoroughly explained, in case your fan isn’t quite versed in Mersenne primes or the most recent status of Fermat’s Last Theorem. In addition, Singh is sure to explain every single joke, right down to the punchline. Serious fans of The Simpsons might get annoyed over time with the punchlines being presented, as I have been, but in general, it’s really cool to see a consolidation of 25 years of the show’s math jokes. This book will make a fantastic gift for the math (and/or Simpsons) geek in your life.

Sophie hasn’t had a lot of time for reading this month but she did manage to finish Stephen King’s Needful Things, her village book club’s choice for the Halloween season. It was her first novel by King and she found herself quite surprised as it was nothing at all like she had expected. She has also been reading two books from the Fan Phenomena series by Intellect. Star Trek (edited by Bruce E. Drushel) and Twin Peaks (edited by Marisa C. Hayes and Franck Boulegue) are volumes of collected essays that serve as an introduction to that fandom. Look for her review of the series appearing on GeekMom soon.

Rebecca must be in a historical geometric mood right now, because the two books she is enjoying are Crocheting Adventures with Hyperbolic Planes

by Diana Taimina, and Folding Paper: The Infinite Possibilities of Origami

The crocheting book certainly shows you how to make cool stuff, but it’s not a craft book with lots of projects. Instead, it’s a historic journey of math in art, and by working with the yarn yourself, you can feel part of that history and find understanding of geometric concepts as well. The origami book is not a how-to crafty projects book either. This is a stunning collection of art that can be created with simple means. The authors write about the journey of origami as it has moved throughout the world. Expand your mind, be inspired, or just look at pretty pictures!

Judy has had a great run on library books this month, finding a few that she hated to turn back in because she loved them so much. The first one was Some We Love, Some We Hate, Some We Eat by Hal Herzog. Why do we have no problem eating chickens but wouldn’t think of eating a cat? Why do some cultures let their dogs sleep in their beds with them and others see dogs as vile, horrible creatures? Does dolphin therapy really help autistic children come out of their shell? All of these questions (and many more) about our relationship with animals are discussed in this thought-provoking book.

Then there was Bootstrapper by Mardi Jo Link, about a newly divorced woman with three sons, one in elementary school, one in middle school, and one in high school. They had been living the middle class life, comfortable and stable, until an unexpected separation, then divorce, hit their family. Suddenly Mardi is living in a rundown farmhouse, carving out a new life for her sons with only the income from her occasional writing assignments. She resorts to gardening, raising chickens, and being as creative as possible to supply the very basics of life for her family. It’s a story of doing whatever it takes to survive, and living above the idea that life owes you a comfortable place to land. This true story will make you appreciate the basics you enjoy every day and be more open minded to the silent struggles of those around you.

Judy’s most recent life changing book is called Garbology by Edward Humes. This book is a thorough history of how the United States handles trash, from the turn of the century when it was common to throw household garbage in the streets, to trash services today, and where the trash that is collected from the end of your driveway really ends up. One chapter covers the massive amounts of refuse that is currently floating around in our oceans, and how it affects the wildlife and our own food supply. Another covers the question of how effective recycling truly is. A group of researchers put electronic trackers on pieces of trash, then put them in the system, tracking where they really went. The results were surprising. The chapter that impacted Judy personally was the discussion of plastic grocery bags and how they impact our landfills. Her family is preparing to try an experiment to see if they can live without any plastic bags for a two week period. That’s the definition of a good book — one that changes your life.

Fran tore through Ann Leckie’s Ancillary Justice – a space opera of incredible proportions and perspective, about a character named Breq who is on a mission that weaves purpose and potential through themes of empire, individuality, hive minds, and more. Leckie’s attention to detail, to language, and to excellent explosions is exquisite, and Fran has a lot more to say about this one than space will allow. Stay tuned! Fran also finished Cory Doctorow’s Pirate Cinema – a YA novel about copyright, intellectual property, hacking, and the families we make for ourselves. She’s currently reading Marie Brennan’s A Natural History of Dragons: A Memoir by Lady Trent and Mary Szybist’s National Book Award-winning poetry collection, Incarnadine. 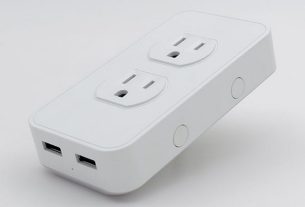 Book Review: Everything You Never Wanted Your Kids to Know About Sex…

The Fall of the Christmas Sweater