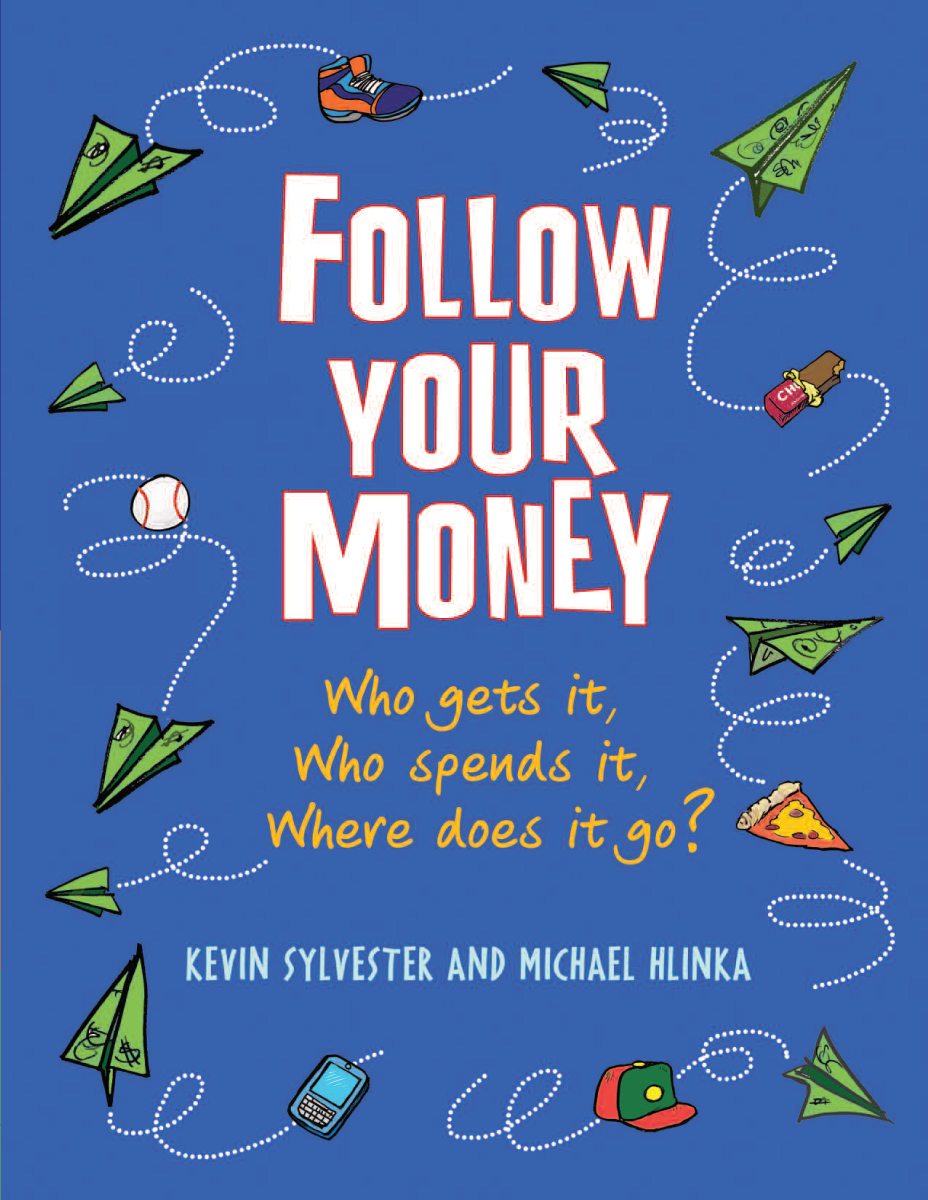 We have a few birthdays hitting in October and as our kids get older, they’re getting more focused about the gift they want: cash, hard and cold. I’m a little worried that when benevolent grandparents slip $20 or so into the birthday cards this year, my typically mild-mannered offspring will scramble for the front door like they’re heading for the Vegas Strip.

So we’ve been having some big conversations about money and why things cost what they do. Their ages are 13, 11, and 8, and my hope is that these discussions now might help them be smart when faced with more financial freedom in high school and college. As they plunk down their bills on items like new jeans (designer vs. basic label), video games, or music downloads, I hope they begin to actually put some thought into the transactions. When my boys have their eyes on sneakers that they swear will make them jump higher, I want them thinking about what they are paying for. Not to mention how they’re paying for it.

I checked out a copy of Follow Your Money: Who Gets It, Who Spends It, Where Does It Go? (Annick Press, 2013), a new children’s book by authors Michael Hlinka, a business commentator and columnist who also teaches financial planning at George Brown College in Toronto, and Kevin Sylvester, a Canadian writer, cartoonist, and news broadcaster. They’ve created a book that engaged both me and my young readers. So I reached out to Michael and Kevin to hear more.

GeekMom: Follow Your Money does a good job of breaking the world of commerce down into terms kids can relate to. What made you want to write a finance book for children? And how hard was it to simplify the ideas into kid-friendly terms?

Michael Hlinka: I think what attracted me to this project so much was that, yes, it’s a finance book for kids… but I think it’s a finance books for kids that parents can also learn a great deal from! I’m endlessly fascinated by understanding why things cost what they do. I don’t think I’m the only one. And the funny thing is, at least from my perspective, that there was very little “simplifying” that went on. Kevin did such a beautiful job laying it out that it’s simple to follow, but to me that’s different than it being in any way “simple.”

Kevin Sylvester: Kids are a huge part of the economy, but when you say the word “economy” to them, their eyes glaze over. What we tried very carefully to do in the book was to talk about concrete situations, such as buying baseball hats and hot chocolate. There are big concepts in the book, but always seen through an everyday lens. As to why write the book, I think kids need to know where their money goes so that they can make informed decisions about what they buy.

GM: In our house, your sections on going to the movies and buying awesome sneakers really resonated. What do you hope kids take away from Follow Your Money?

Michael: I hope that they take away that the VAST majority of what most things cost isn’t a function of the “raw materials.” Rather it’s the value-added along the way that goes into it.

Kevin: The biggest thing for me, and something I stress when I talk to kids in schools, is that the economy is not a “get-rich-quick” scheme. Profit margins on almost everything are slim. Everyone has to work hard to make something lots of people will want (such as a good book).

GM: When it comes to kids making money, not just spending it, I am torn. Allowance or no allowance? My husband is for it, but I think kids should be expected to help run a house without a financial reward. Am I missing a teaching opportunity?

Michael: I see your point regarding no allowance. But I think you might be missing a teaching opportunity. The allowance process, it seems to me, is a very good first step at budgeting for children: “If I want to go to that movie with my friends next weekend, it means I can’t buy anything this weekend.”

Michael: I don’t want to quibble with the percentages because I whole-heartedly embrace this approach. I know that I’ve always had a very good discipline when it came to saving, and it started when I was very young. When money came into my hands, the understanding was that we would bank most of it, then only spend after that.

Kevin: I think that formula is great. My own approach is don’t spend any money you don’t already have. My Uncle Grant was a financial adviser, and he told the story about the money jar. You want something? Then plop a jar down and put all your spare change in the jar. You don’t buy what you want until the jar is full.

GM: With the ease of paying by plastic or even by phone, the actual process of making a purchase feels quick and painless. Without the physical transaction of kids pulling their own dollar bills from their pockets and paying for items, you can see how spending can get out of control. Do you think it’s harder to teach today’s kids about spending?

Kevin: YES. One of reasons we wrote the book was that we felt kids were losing that tangible connection with real money and what spending actually looks and feels like. Cell phones are a good example of this, which is why we put in a blurb about the hidden costs of extra minutes and texts.

GM: What’s the best advice you have for GeekMoms to help their kids understand money?

Michael: Translate spending into hours. If you’re providing your children an allowance for helping out around the home/doing chores, let them know how many hours it would take to pay for a week’s worth of groceries! I think that all of a sudden, your children will be far more appreciative of your efforts… and much more careful with money!

Kevin: Keep track of finances together. Let the kids see your bills. Let them see how much electricity, heat, mortgages cost—and then link that to their actions. Every time you keep the fridge door open, it costs money. Every time you go over the limit on internet usage, it costs money. Maybe the price of their favorite chocolate bar, maybe the cost of a computer game. We tried throughout the book to make the costs and amounts stay in line with numbers kids themselves might spend.

First They Came For The Firefly Poster