On Tuesday I had the chance to participate in a small briefing with Federal Emergency Management Agency Administrator Craig Fugate introducing the agency’s newest social networking capabilities.  He and Shayne Adamski, FEMA’s Senior Manager for Digital Engagement, introduced three new capabilities that take advantage of crowdsourcing and existing social networks to help keep the public informed during disasters, and help keep the public prepared so they can better adapt should disaster strike.

FEMA Administrator Craig Fugate made it clear to his audience that some important paradigm shifts are occurring when it comes to the government’s appreciation and use of the public’s inputs for federal, state, and local emergency management decision making. He told us that FEMA is attempting to take its use of social networking from just an outlet for press releases into a two-way communication system. He explained that this is a tough thing because government officials need to learn to trust the oodles of data points coming in from the public. What is real? What is Photoshopped? He explained that the need for timely information right after a disaster strikes is more important than second-guessing every tweet or photo that ends up on social media.

Fugate made it clear that these tools are NOT true emergency tools. This is not how you call for a firefighter or the Coast Guard.

The Disaster Reporter feature on the FEMA App for Android and iOS came about due to the number of photos that appear on social media that don’t include geographic information. Many users now turn off this capability for privacy reasons, so FEMA determined that they could provide a resource for “intentional GIS reporting.” Users who upload to the Disaster Reporter are acknowledging that their photos will be geo-tagged.

FEMA learned through events such as the Deep Horizon oil spill in April 2010 that the public uploading geotagged photos can help determine where there are problem areas, as well as capable areas. This information can be then further relayed to the public through social media.

If you don’t like looking at a map version of the Disaster Reporter, a list version is also available.

Note how #2 in the picture above states that “photos are moderated to ensure they are disaster-related & not spam.” This statement prompted me to ask about how the photos will be moderated. I also asked how long it would take for a user’s photo to hit the map once it was uploaded. I figured this wasn’t something that could be moderated automatically. It turned out this was something that Shayne Adamski and his team discussed at length. They have numerous checklists and triggers in their moderation process. Adamski said that during business hours, during a non-FEMA-surged event, expect a two hour moderation time. If FEMA goes into “surge operations”, such as what happened during the Colorado wildfires and the Boston Marathon bombing, the staff of moderators and the times of their availability will increase as required.

The Social Hub is a feature on the FEMA.gov website that allows users to view aggregated tweets that are relevant to FEMA operations. In a steady-state, there are relevant National Weather Service, FEMA region, as well as state and local emergency management agency Twitter feeds coming into this site. If there is a disaster, members of FEMA’s Digital Engagement team will program in relevant hashtags to a particular disaster feed. An example would be hashtags such as #prayforboston and #bostonstrong that might have been input into the feed.

Be sure to scroll all the way through the page to see all of its capabilities. Users can see some special National Weather Service tweet features. A mapping capability is available to show where relevant National Weather Service office tweets are originating. Click on the dynamic dots to see the tweets. In addition, below the map is a second set of aggregated tweets.

Adminstrator Fugate told us about how the team was able to see feeds coming from the National Weather Service and local emergency management entities in preparation for Hurricane Flossie when the track was projected towards the state of Hawaii.

There are games on the kids’ page: “Disaster Master” tests your knowledge of what to do in case of assorted emergencies such as earthquakes and fires. The more you know, the more points you earn. In the “Build a Kit” game, you help the kids build an emergency preparedness kit from items in a kid’s bedroom. I’ve played the game several times and I still haven’t figured out how to get the proper items onto the list.  Therefore, I haven’t passed Level 1.

The artwork and fonts on the kids’ page are appealing; it caught my sons’ attention today when I showed it to them.

It’s important that we take the time to be prepared for anything that might disrupt our lives. The FEMA website, as well as the Ready.gov website, are resources full of information that can be the difference between a high-stress or low-stress reaction to any issues that might affect you or your family. Administrator Fugate had some comments at the end of the press briefing that summed up FEMA’s attitude about leveraging social media: that this needs to be a priority, the public needs to be used as a resource for rather than merely a recipient of information, and that the government needs to listen to the public. FEMA has been proactive with using the web as a tool since Fugate had taken the reins in 2009, and is now an example for other emergency management agencies at the state and local levels. 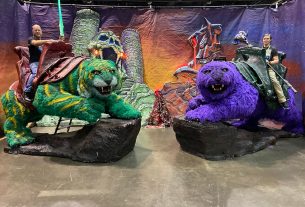