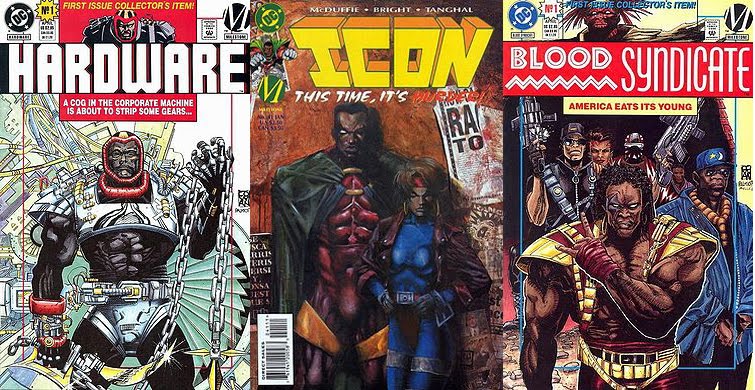 This week’s adventure climbing the cliffs of insanity is all about the discussions, and sometimes meltdowns, concerning what seem like separate events but are instead all part of one idea: Straight white men shouldn’t be the only choice for heroes.

Our adventure will take us all the way to Michelle Rodriguez, who laid down the sexism gauntlet at Comic Con International to a crowd of “fanboys” in Hall H who weren’t expecting to be challenged. The video above is only a small part of a larger statement.

But first, let’s talk Doctor Who. The diversity discussion in its latest iteration has been all the speculation about the casting of the twelfth Doctor. He should be a minority! He should be a woman! He should be Idris Alba! (No, wait, we’re holding onto Alba to be Batman. Or James Bond.)

Why did these discussions happen? Because the Doctor has always been played by a white guy and so it remains. The world has changed in the last fifty years and it’s no longer reason enough to cast the Doctor as a white man because that’s always been the case. Tradition isn’t a good answer.

In the terrific documentary Casting By, now playing on HBO, Director Richard Donner talks about how he cast Lethal Weapon. He worked with legendary casting director Marion Dougherty, who helped him settle first on Mel Gibson. When she suggested Danny Glover for the other lead, Donner said “but he’s black.” And Dougherty said, basically, so what?

In the documentary, Donner is speaking before an audience and they laugh initially at the anecdote. He cuts off the laughter and continues, saying having Dougherty challenge him was “like a nail to my heart.” He didn’t realize his own bias, his own prejudice in not seeing Glover in the role. If a role didn’t specifically call for an African-American, he didn’t see it. The realization led, of course, to the casting of Glover, who fit the role of Murtaugh perfectly. Donner said it also changed his life because it opened his eyes to how prejudiced he had been.

I’m not asking people to feel Donner’s pain, as I’m sure Glover and other actors faced far more problems as the ones being passed over for roles. But Donner’s story is indicative of how we all need to expand our minds and question our inner default settings.

“But he’s black” isn’t enough of an answer.

It’s not enough of an answer when we’re talking about casting the new Doctor, the next Batman, or making sure the supposedly upcoming DC movies (I remain skeptical until I see them) aren’t filled with all white guys plus one token women who hasn’t yet truly been considered for a film because she’s “tricky.” (Read: Wonder Woman is a girl and Hollywood doesn’t know what to do with that.)

It’s not even enough to say, “but she’s not a guy.” When casting decisions are also made with open minds, the results can be wonderful, like Sigourney Weaver in Alien or Angelina Jolie in Salt.

Peter Capaldi seems like an excellent choice for the Doctor; he was the best thing about Torchwood: Children of Earth. However, Helen Mirren, Emma Thompson, or another of the fabulous actresses the UK seems to produce at the drop of a hat would have been very good too.

I’ve heard the claim it’s “pandering” or “shoehorning in” to deliberately create multi-racial or gender-diverse casts in our popular entertainment. I’m not sure why this claim should be so. I live in a pretty rural Northeastern suburb and the world outside my window is more diverse and more full of women than those in many mainstream comic books or movies.

Was it pandering when the property that kickstarted the big Marvel renaissance in print and in the movies was deliberately and consciously put together to be diverse? I’m talking of the All-New X-Men, which included Storm, Jean Grey, and, later, Kitty Pryde. Colossus was Russian, Nightcrawler was German, Thunderbird was Native American, and Storm was from Africa.

That team seems to have done okay with “pandering.”

A fact that Len Wein, who co-created them, should have remembered when he talked about mainstream comics issues with gender and racial diversity recently with Todd McFarlane and Gerry Conway at a Television Critics Association press tour for  the documentary Superheroes: The Never-Ending Battle.

I believe what Wein was trying to say was that any character has to be more than one-dimensional, and that’s fine, but I wish he’d nudged or rolled his eyes or even objected when McFarlane claimed “there hasn’t really been historically a comic book that has worked that is trying to get across a kind of message, if you will.”

That’s a pretty ignorant claim to make when you’re sitting right next to the guy who deliberately created a diverse X-Men team that was all about putting forth a message: Being different isn’t a reason to be hated or feared. If there’s any property that’s about a social message, about having to hide who you are and wanting acceptance, it’s the X-Men.

There’s a reason being a mutant has been viewed as a metaphor for being gay.

And speaking of being gay, Andrew Garfield set the geek world on fire a few weeks ago when he suggested Spider-Man could be gay. I don’t think Garfield expected his suggestion to ever happen. What I suspect he wanted was make people think outside the box.

Why does Spider-Man have to be straight? One could point out that being a gay teen in our current society might be all the more reason for teenage Peter Parker to feel ostracized, one more reason why he might not fit in as yet. And I can easily imagine a triangle of Peter/Henry Osborn/Norman Osborn having all sorts of intense conflict, especially as the son has to choose between the one he loves and his father.

Why can’t Spider-Man be gay? One hint: the answer can’t be “because he’s always been straight.”

So, yes, I hope Capaldi does great as the Doctor. I hope an excellent actor is chosen as the next Batman or the next Flash. But I also hope that those in charge of our popular entertainment realize the American population is almost 50 percent non-white and over 50 percent female. This is not about leading changes in society, it’s about reflecting the world that already exists.

Which makes it pandering to always make sure the heroes are straight white guys.

And speaking of schooling people….

“Somewhere around 1, I leaned over to El. “Sure are a lot of white dudes at this thing, huh?” I joked. Half-joked. OK, I wasn’t really joking: every f***** panel had maybe one woman or one person of color on it. Sometimes, rarely, both.

She smirked at me and showed me her phone, where she’d been Tweeting with the hashtag #HallHwhitedudecount. The last panel, she’d recorded, had had 4 out of 5.

I realize that the overwhelming lack of non-white guys in cinema is not a surprise to anyone. But it almost started to feel like a parody, sitting there, listening to an enthusiastic young white dude talk about the billions of dollars poured into his project starring this strong-jawed white dude, this older wizened white dude, and this white actress (playing, usually, someone’s mother or nurse). I wasn’t even mad anymore, just apathetic.”

This is from a terrific report by Kate Conway on XOJane of being in Hall H at Comic Con International in San Diego. And then, Conway says, out came Michelle Rodriguez and the rest of  “Women Who Kick Ass” panel consisting of Katee Sackhoff, Maggie Q, Tatiana Maslany, and Danai Gurira.

Onstage, though, it was like a f**** dam had broken. Michelle lectured us all, at length, on how 80% of the content written for women is by guys, and how they don’t know shit. “Dudes, I love dudes,” I remember her saying, “But they don’t know how to write for women.” Maggie Q talked about how, as an Asian-American actress, everyone expects her to be quiet and demure and also know how to do kung-fu in heels. Danai Gurira actually used the phrase “white male privilege.” In a room full of 6,000 Marvel fanboys! Male privilege.

I kept screaming, entirely spontaneously, like the sound was being ripped out of me. I couldn’t help it. I think I cried a little. I felt like I was in church.”

The panel didn’t meet with everyone’s delight. I’ve read several account of the audience being none-too-pleased at sexism being called out so openly among them.

Which is absolutely the reason that we need to keep questioning “why not?” and not accepting “but he’s black/gay/female” as a proper answer.

I leave you with a company that had the vision a long time ago to think outside the box. The late great Milestone Comics, which gave us Static, should serve as a reminder that non-white, non-dudes love superheroes too.

That we haven’t moved forward much since 1993 is a bit depressing and all the more reason to keep challenging the default setting.

Puzzles Are a Brain Workout for the Whole Family

8 thoughts on “The Cliffs of Insanity: “But He’s Black””