Despite my modicum of computer science background (I was this close to a CS degree), it’s still a challenge to teach my kids computer science when we homeschool. I try to instill a passion for it, hoping for quick understanding. But they approach computers differently from how I was introduced to them. When I was their age, we had a PET computer with a cassette tape drive. We then moved onto a DOS machine, but you really had to know how the thing operated at a fundamental level to use it fully. By comparison, my kids share their own laptop, and the internet (and thus the world) is at their fingertips. They don’t need to understand the underlying workings of the operating system to play Minecraft.

So, for now, I’ve given up on teaching straight code, and even Scratch hasn’t held their interest. The only thing I’ve had any success with has been Kodu, a fantastic computer game programming environment from Microsoft. We found a few tutorials online, and all three of us played around with it, creating some rudimentary programs. But I couldn’t find any systematic way to learn how to use the available tools, and the Kodu website mostly has introductory videos. They are great for piquing your interest, but not so great for a thorough curriculum.

Enter James Floyd Kelly’s Kodu for Kids. This prolific author, and writer for GeekDad, has written a book perfectly suited to my needs. Published by Que and an official resource for Kodu, the book begins from the very beginning, stepping you through downloading and installing Kodu.

Using Kodu allows for a very different way of looking at programming. I’m having to change my perspective greatly, since all of my programming experience was on DOS, CP/M, and Unix machines (you heard me right). Approaching it from a purely visual perspective is great fun, and more intuitive to my kids than to me so far.

Kodu allows you to create an environment from scratch, changing the details and delving deeply into the scenery. You can design the environment itself, add objects, change objects’ characteristics, and control the objects. Then you can start designing a simple game, such as shooting fish. You can keep score along the way, one point for each fish, and the game can be over when you reach a chosen number of points. You can add another player to your game, make the game more difficult, and even get your objects to shoot back at you.

Kodu for Kids picks apart Kodu bit by bit, teaching you each progressively more complicated part of the environment. It moves on to camera controls, healing your player, in-game instructions, environmental special effects, sound effects, and adding cut-scenes between pieces of the action, such as when you finish a level. The book also includes plenty of game design tips to help you be a better programmer.

If you want to reach out to the Kodu community, the Kodu Game Lab website also has a discussion area, and you can get to the Kodu Community Forum to compare notes with other programmers. You can also share your game with others, and try theirs out in return. And once you’ve oriented yourself to the programming environment, try out one of four sample games included in Kodu for Kids. You can re-create the sample games, play them, and then edit the specifics to change it up and play around. The book also makes suggestions on how to improve the sample games.

Once you’ve finished learning everything that the book teaches you, play with Kodu on your own. Be creative, inventing your own games and learning how all the components to a program affect the final result. A future career in video game development may ensue. Then dive into the online forums, learning from others. And keep an eye on the Kodu Labs folks. They are constantly improving Kodu, adding new features.

How does Kodu for Kids stack up? I think it’s fantastic. There are almost 500 pages of step-by-step teaching. Kids will not only learn how to make their own games, but they will also absorb basic programming concepts which can then be used in other areas, perhaps even leading them to straight coding. Who knows. By the time my kids are in college in another ten years, there may be yet another type of environment available, one which we can’t anticipate.

Kodu for Kids is currently available on Amazon for $17.98, a bargain for all families with kids. Learning Kodu is also fun for adults to learn how games are made, and it’s much cheaper than any class you can take in school. And the best thing is, you can take detours along the way and play with new features that you discover. I recommend this book to anyone with an interest in computer programming or computer games.

GeekMom received a copy of the book for review purposes. 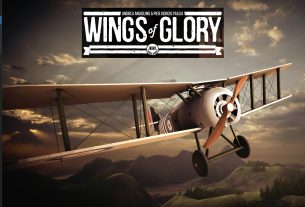 GeekDad: ‘Wings of Glory’ Flies From Tabletop to Digital

On Raising Boys Who Read