Last year I helped with hosting a much less traditional baby shower for my friend, who happens to be a geek like me. If you’re new to the whole baby shower thing, or you’re looking for ideas for your nerdy gal pals, here are a few how-tos for throwing a baby shower with a Wonder Woman theme.

Choosing the Theme for a Baby Shower

The best advice I can give for choosing a theme is thinking of what the mommy-to-be might like. Although she is geeky, that doesn’t mean any of her friends and family who might be attending are geeky as well. Even if Luke Skywalker is the love of her life, your friend might not mind if her baby shower is not Star Wars themed. In fact, my shower was a charming “sugar and spice” theme with pink and brown to match our nursery décor. I loved it.

While we were tossing around ideas for my friend’s shower, though, I couldn’t picture a pink flowers or butterflies theme for her, so I suggested a Wonder Woman theme. I thought it could be stretched into a “Wonder Mom” shower rather easily. My co-hostesses agreed and we started on our red, yellow, and blue baby shower.

Ah, the diaper cake – two words I never knew went together until I saw one at my baby shower. A diaper cake is simply a fun way to give the mommy-to-be some diapers and add a little decoration to the party.

I have to say, because of the Wonder Woman theme, I was champing at the bit to make the cake. I finished weeks in advance. The first time I made one for a different baby shower, though, my husband and I put it together the night before. It’s not particularly time-consuming once you have a plan. Here is how I tackle a diaper cake.

I started my planning first by looking for Wonder Woman toys appropriate for small children. I could not resist this Funko Wonder Woman Plushie. There’s also an adorable book, My First Wonder Woman Book, which I used inside the cake. Fisher Price also has some new Wonder Woman Little People toys, like a figurine paired with Batgirl, Wonder Woman driving a little car, and Wonder Woman and her invisible jet. Any of those would also be great for a diaper cake! Browse online and at your toy store for ideas before you get started, and the cake will take shape in your imagination.

When it is time to put the diaper cake together, the first step is rolling up the diapers. The cake looks a little more uniform if you roll the diapers the same way; I like to roll them from the opening to the bottom, with the picture on the tab strip facing up so that it isn’t visible on the rolled diaper. Secure the rolled diaper with a rubber band around the middle.

Warning: Holding and smelling those clean little diapers might give you baby fever.

Next, I place the small gift (the book in this case) in the middle of the cake stand or plate, and arrange the rolled diaper around it until the rolls make a circle for the bottom layer.

I use a wide ribbon secured by tape or glue dots to hold the diapers together in that shape. Build the next two layers in the same manner, each slightly smaller than the one below. I used two packages of 36 diapers for the Wonder Woman cake, but I really should have gone with a box of 80 or more for more robust layers.

Obviously, there are no rules for how to decorate the cake. The middle layer can be used for a letter (B for baby, for example), another gift, or something similar. I printed the Wonder Woman logo for the middle layer. For the top layer, I squeezed in the Funko doll because it is so dang adorable. I like to use stickers on lollipop sticks as additional decorations; the sticks fit snugly inside the rolled up diapers and add more color to the cake. You can also squish some tulle in there, or even find some holiday decorations that happen to fit the color theme. The red streamers that I used in the diaper cake were originally Valentine’s Day decorations.

The diaper cake usually goes in the middle of a table somewhere at the shower, so make sure that the cake is presentable from all angles.

For shower games, which I am not a huge fan of to begin with, we tried to keep it short and sweet with minimal embarrassment for all. We went with “traditional” baby shower games without making them Wonder Woman themed: guess the baby item in the bag, purse scavenger hunt, things like that. I recommend consulting our mutual friend Google for baby shower games that appeal to you the most. Adding a geeky twist to most traditional games shouldn’t be too difficult.

As another guest activity, we set out a container for baby tips for the mommy-to-be. I also had a collection of tips gathered at my shower, and I still look through them from time to time. Your guests can share their experiences and best tips, and the mom has them all in one convenient place. I decorated the tips jar in a Wonder Woman theme to fit the shower.

Stars, stars, stars! Wonder Woman’s tiara is adorned with a red star, and that became the main theme of our decorations. I created a banner with paper stars (found at the hobby store) and die-cut letters I ordered from Etsy. They look nicer than anything I could try to make and they aren’t terribly expensive.

You can also find Wonder Woman paper plates, paper cups, and party goods at some party stores. We had to do some searching online to find ours.

We didn’t have a Wonder Woman theme to our food, although I did make a sweet fruit dip served with strawberries and apples to stick with the red theme. This is a simple recipe given to me by my mother-in-law, so I’m not sure where it originated, but I love to make it for gatherings.

Mix all ingredients together. Serve with apples, strawberries, pineapples, grapes, or your favorite fruit.

I hope you and your super-friends have a fantastic baby shower!

This article originally appeared on GeekMom in March 2012. 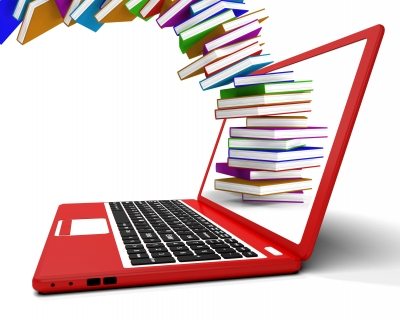