As fantastic as board games are, they can be very long and very complex. During game nights, it can be nice to break up the more long-winded games with short, simple ones and dice games that fit the bill perfectly. Here are three of my favourite dice games to play quickly between longer rounds of Catan and Magic.

One of the most popular dice games available, there’s a good chance you’ve already played a few rounds of this one. If not, Zombie Dice sets you up as a zombie on the hunt for delicious braaaains. Each dice you roll represents one tasty human who will either run away from you (footsteps sides), be caught and eaten (brain sides), or shoot you in the head with a shotgun (explosion sides). Get yourself shot three times and you’re dead. The aim is to collect as many brains as possible on a turn without being shot three times, the first person to 13 is the winner. It’s a gambling game. Got five brains and a shotgun already? You could keep rolling and hope for more brains, but if two shotguns come out on that next roll then you’ll lose all the brains you’ve already accumulated, so do you stick at five and let the next zombie have his turn? It’s up to you and that constant decision making keeps the game moving fast and keeps everyone involved as other players inevitably start weighing in with their opinions, often goading the current player to keep going. It’s a very fun game with enormous replay value.

If the zombie theme is too gruesome for you or your kids, look out for Dino Hunt Dice; exactly the same game but with a more family friendly dinosaur theme.

Rock, Paper, Scissors, Lizard, Spock has become a staple of geek culture since it was made famous on The Big Bang Theory in 2008. Originally invented by Sam Kass and Karen Bryla, the game expands upon the classic game because according to its creator, “it seems like when you know someone well enough, 75-80% of any Rock-Paper-Scissors games you play with that person end up in a tie.” Of course you don’t need any equipment to play RPSLS but several dice versions are now available or coming to market via Kickstarter; this version  completed funding in July 2012 and is now available via ThinkGeek.

For your $20 (yeah, $20…) you get a nice velvet bag containing seven 6D dice in a rainbow of colors, each custom printed with the five game symbols and a extra re-roll side which seems rather pointless and just there to fill a side.

There is, of course, no skill whatsoever to playing the game. However deciphering who the winners are can be quite a feat as the number of players increases. A rules sheet is included with a flowchart to help determine the winner – basically anyone who has beaten another player and not themselves been beaten – but when seven dice are rolled it can be tricky to work it out (well the lizard has poisoned the Spocks, but that rock crushed the lizard, but it was itself vaporised by the Spocks and…)

The dice are beautiful, tactile things and fun to pull out in between longer games, or to help determine player order, but nothing will ever quite take away from the fact that you’ve paid $20 for something that most people can play just as easily with their bare hands, and be honest, how often do you actually play Rock, Paper, Scissors with anyone anyway? As my sister, pointed out during a games night, the replay value on this one is rather low.

It has, however, been pointed out that not everyone can make the Spock hand gesture, and certainly not as fast as it needs to be formed in order to play RPSLS. The dice would also allow some disabled players to join in with a game that could otherwise be impossible for them to play so in these cases they could well be beneficial.

Cthulhu Dice is the little sister to Zombie Dice. Instead of chasing down brains, here you attempt to steal the sanity of your fellow players. After countless puns about how one friend or another doesn’t have any sanity to steal anyway so he may as well forfeit the game immediately, you might actually get around to playing.

The game features a single large die (available in a range of colors – ours is a highly Lovecraftian sparkly pink) and a number of glass beads which represent your sanity. Each player begins with three sanity tokens and attempts to keep hold of them whilst cursing other players and attempting to steal sanity from them, or take it from Cthulhu himself who lurks in the centre of the table.

It’s a fast-paced short game that plays best with a good number of people, two player games are possible (some special rules are included for this) but as you will constantly be cursing, and cursed by, the same player, and the game ends more rapidly and doesn’t have the same scope for banter and vindictive counter-cursing. The game ends when one player is the only one with any remaining sanity and all other players have gone mad. It is entirely possible for Cthulhu to be the only one with any sanity and for him to win the game instead.

A copy of Rock, paper, Scissors, Lizard, Spock was provided free for this review by ThinkGeek. 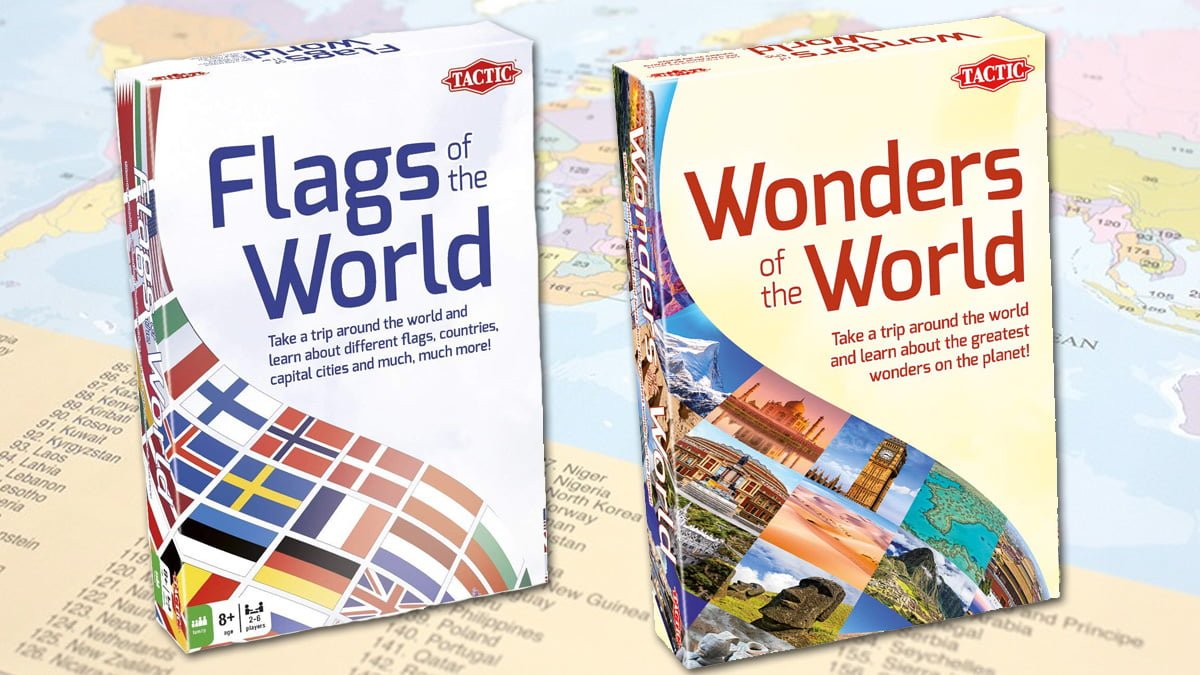 Explore Our Planet With ‘Wonders’ and ‘Flags of the World’

Eric Smith Geeks Out On Video Games, YA Romance, and Steampunk

1 thought on “Late to The Game: Dice Games”