Nearly 100 performances between the three demonstration teams, all across the United States and even overseas, have been canceled. Many of their performances are the flagship acts at air shows in communities that otherwise don’t have a large military presence. The former NAS Brunswick in Maine had to cancel their September “Great State of Maine” airshow due to their having both the Blue Angels and Golden Knights as their headliner acts. Most other U.S. air shows are similarly issuing cancellation statements.

Many Americans will say “Well, that was just extraneous taxpayer funding that can be better spent.” But remember that an airshow will also pump money into a local economy. When there’s a community with very little military jet aircraft presence offering an airshow, expect visitors to travel from far and wide to experience it. The Oregon International Airshow is a great example; it’s the largest event of its kind on the west coast. Luckily for the Oregon Air Show, they have a replacement headliner, the Patriots Jet Team, comprised of former aerial demonstration team pilots. It appears their schedule is filling up fast, particularly on the west coast.

The impacts expand beyond just the financial. My heart is very heavy about this from a parenting perspective. We are denying our kids critical exposure to STEM skills.

I was brought to air shows every year as a kid. My Dad was in the Navy, and we had numerous choices every year when I grew up in southeastern Virginia: NAS Oceana, NAS Norfolk and Langley Air Force Base were all nearby. Each of those locations hosted an annual air show back in my day. Just yesterday the NAS Oceana Air Show announced its cancellation.

I enjoy air shows quite a bit. I learned much of what I know today about aviation through air shows. I’m sure it influenced my choice to join the Air Force. When my sons were old enough, my husband and I wasted no time taking them to air shows at Patrick AFB, Pope AFB, Seymour-Johnson AFB, and Offutt AFB.

At air shows, kids are learning about air power. Climbing into cockpits, talking to pilots and even seeing their grand size, the education is happening. Even if you might not be interested in your children joining the military, they are being exposed to physics. They will ask either you or the kind pilot standing next to his/her aircraft, “How does that big thing not fall out of the sky?”

Bigger air shows will work hard to have one example of every flying aircraft in the U.S. military inventory on display: rotary wing aircraft, unmanned aircraft, spy planes, stealth planes, bombers, airlifters, aerial refuelers, and fighter jets. The kids can be in touching distance of many of them, they can walk through airlifters, and they have a chance to talk to the pilots, navigators, loadmasters and even maintenance personnel. The military units will send their brightest and more personable members to represent their services at these shows, and the kids can ask anything (believe me, my oldest son has tested these guys profusely, asking questions like “What’s the longest you’ve even been awake while flying?”)

Many civilian companies will represent themselves at airshows also. Flying schools that recruit and train commercial airline pilots, companies that are involved in the aviation industry, and universities will set up tents to talk to visitors.

With the widespread cancelation of these air shows across the country, these opportunities for education and outreach are lost. The kids lose an opportunity for hands-on discussions with Americans who are living their dreams. These opportunities are incredibly important for inspiring our youth to pursue STEM careers such as engineering and science/technology research.

I think the 2013 air show season is doomed. The pilots and support crew will continue to train at their home bases at Nellis AFB, NAS Pensacola and Fort Bragg.

I’m not going to demand that they be reinstated this year, once a large air show decides to cancel, it’s very difficult to get the momentum going again. How do we fix this for future air show seasons? I don’t think it’s a funding or no funding question, it’s the matter of our federal government agreeing on a budget. If you are disappointed in not getting to attend an air show in your community this spring, summer or fall, contact your federal lawmakers  in the House of Representatives and Senate to make a case. The detriment to STEM skill development in young Americans, in my humble opinion, will be a valid argument for keeping our aerial demonstration teams alive.

In 1961 President John F. Kennedy declared that we should be able to land on the moon in less than ten years. At every State of the Union address since 2006, our President has advocated development of more STEM career jobs, more STEM-related training and “more American innovation”. I think showcasing our capabilities through the Department of Defense’s demonstration teams is a small, but important, part of that. 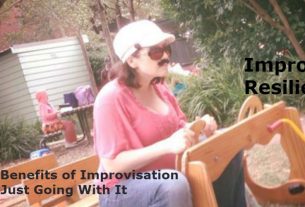 Cookie Monster and John Oliver Team Up to Give You the News, and It’s Amazing