In continuing my holiday comic book theme, I was very excited to check out this months issue of Batman: Li’l Gotham, focuses on the December Holidays and in true winter fashion, Mr. Freeze is our main villain in this issue. The past couple of issues have been a lot of fun to read and this issue is full of both humor and heart. Both the writer (Derek Fridolfs and Dustin Nguyen) and the artist (Dustin Nguyen) do a great job at capturing the characters in this unique digital comic book series.

After the orphanage choir never makes it to the Gotham tree lighting ceremony, Batman and Nightwing head out to investigate why. What they find is a bus of frozen adults and a snow globe of happy children, in the “protection” of Mr. Freeze.

My favorite versions of Mr. Freeze are the ones where he has a heart, but uses it the wrong way. In this story, he does just that, claiming to be the children’s protector from the the cruelness of the Gotham City streets.

The issue has a very touching ending and includes a new version of “Jingle Bells”, sung by none other than the Joker. I highly recommend you check it out this holiday season. It’s a great story to read with the kids or alone on a break from the hustle and bustle of the holiday season.

Batman: Li’l Gotham is only available digitally and can be found on Comixology or through the DC comic book app.

Kelly Knox – Masters of the Universe #8

When I read the news last Wednesday that the latest Masters of the Universe digital issue was a one-shot story telling the origins of She-Ra, I couldn’t wait to get it downloaded. Although I have fond memories of watching She-Ra: Princess of Power as a girl, I couldn’t tell you much about it now, so I was looking forward to the refresher. Masters of the Universe #8, written by Mike Costa, is a re-telling of the She-Ra story from the children’s cartoon, but it definitely isn’t for kids. Princess Adora was stolen from her parents by Hordak, raised by Shadow Weaver, and renamed Despara. She now commands troops in Hordak’s armies, leading them on relentless rampages across Etheria. The dark undertone of the book is infused with red flames on every page, highlighting the attention-grabbing art by Drew Johnson.

The issue was over much too quickly, so I’m sure I’ll find myself following She-Ra to the pages of He-Man and the Masters of the Universe to finish her story. This was an unexpected and fun read this week, and as a $.99 digital-only issue, it’s worth the time for anyone who wants to see the Princess of Power in action again. Continuing Dakster’s theme of Christmas stories, I found this wonderful list of The 25 Best Comic Book Christmas Stories. That’s what sent me to this gem by Bob Haney and Alex Toth that was originally published in Our Army At War, “Dirty Job” about the Roman soldier just following orders. The panel to the left is the last one in the story.

And something else for this  Christmas: I’m wondering what kind of reader present I am going to get from Gail Simone.

As I wrote last week, she was unceremoniously fired via email from her work on Batgirl. But she’s been posting on Facebook about being happy to write some of her favorite female characters soon. Which seems a big tease, like one of those presents where unwrapping one box leads to another wrapped box.

I have some guesses and they involve work at Marvel that includes Black Widow or maybe the X-Men ladies, as Simone has often talked on her forums about liking the female friendships between the X-Men. Still, it’s hard to pick a title because Marvel just shuffled all its creative teams in current books and launched several new titles with steady creative teams. I’m hopeful that whatever Simone does next, it’s a title created for and by her, whether at Marvel or not. But I’m dreaming of an original SHIELD series that includes Sharon Carter. Okay, my dream of dreams is Simone back on DC’s Birds of Prey but since those characters are different in DC’s rebooted universe and since DC doesn’t seem open to Simone’s take on characters, that’s a dream not even Santa can make come true.

Attention Readers! I need your suggestions!!

Last week, I put out a call for suggestions of must read comic book series and graphic novels and I’m putting out that same call again this week! I’m a comic book newbie who wants to learn more about this amazing world I’ve discovered. Leave me a comment with your suggestion and I will add it to my reading list for 2013. My goal is to read everything by the end of the year and report back to you each week in Comic Book Corner with what I’ve read. 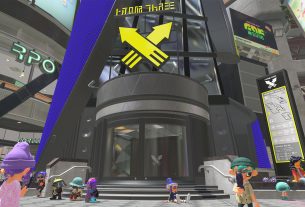 Raising Citizens of the World